After posting about our bike ride earlier today, it occurred to me that I should have said more about the bike that my son and I use.  Here’s a photo of the bike: 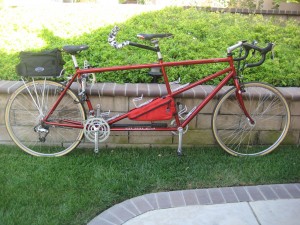 Here’s a closeup of where my son sits.  Notice the set of pedals that’s high enough for him to reach. 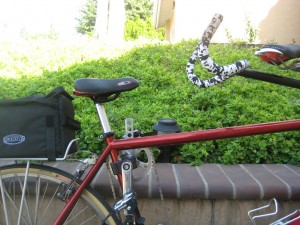 Here’s a closeup of the how the crank assembly is attached to the frame.  I originally tried a set of 125mm long cranks, but they were too long for my son.  Peter was kind enough to take a set of cranks and machine them for me with pedal positions at 85, 105, and 125mm. 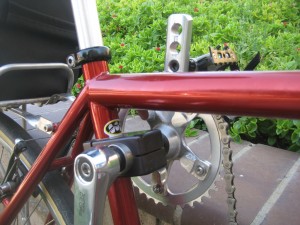 And finally, you can see that there is another chain that connects the “kiddie cranks” to the adult cranks.