I got to the airport at 9:30AM for the 11:15AM flight to San Francisco. I breezed through security, and as I walked toward my gate, I passed by the gate for the 10AM flight. I asked if they had any open seats for the flight. They mentioned they normally charge a $75 standby fee, but since I’m a Continental rewards member, they’d do it for free this time. (I think the real reason was that flight was empty while mine was full.) Hooray, United!

Getting to SFO an hour early meant I had a chance to catch the early flight to Crescent City, rather than wait four hours for the later one. (Yes, there’s only two flights a day from SFO.) They let me on the standby list (again, “normally we charge but we’ll do it for free this time”), and although I was first on the list, nothing opened up. Unfortunately, that flight also had some mechanical issues, resulting in a bit of a wait before I found out I didn’t make it on the flight. That meant I lost an opportunity for Judy to come up to the airport to visit, maybe next time! 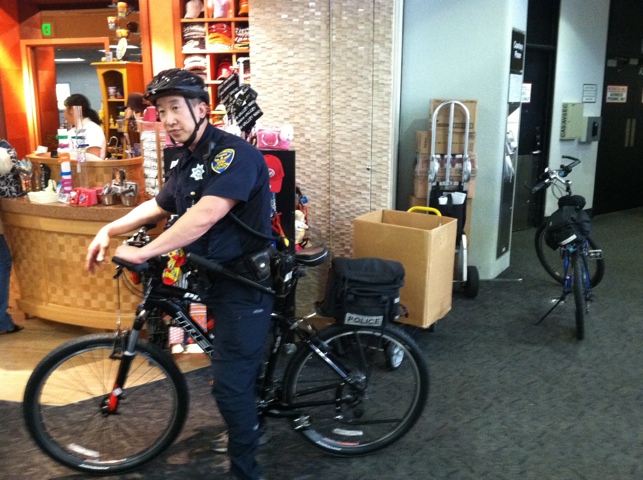 With my time at the airport, I had the chance to test my electronic gizmos in the field. I already knew that writing and publishing blog posts with the iPhone and Bluetooth keyboard worked well. The trick would be charging the phone if I were camping and didn’t have access to an electrical outlet. The solar charger was an Ebay find from China for $20 and it also doubles as an external battery. I had fully charged it overnight, but when I plugged it in to the phone … no go. The Tekkeon charger (middle of the photo) uses 2 or 4 AA batteries and seems to be the more promising route – though it got mixed reviews on Newegg. (There’s a more durable “do it yourself” kit which I could not get in time for this trip – search “Minty Boost” on the web for more information.) Finally, the battery on the right is a generic version of one found in electronics stores. It works well, but access is needed to electricity to charge it up in advance. 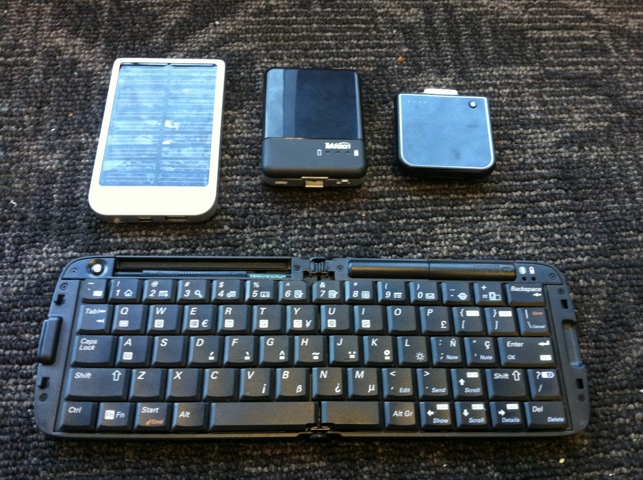 The rest of the flight was uneventful, though the terminal at Crescent City is about the size of my living room – even smaller than that of Barrow, Alaska when I passed through there on business! 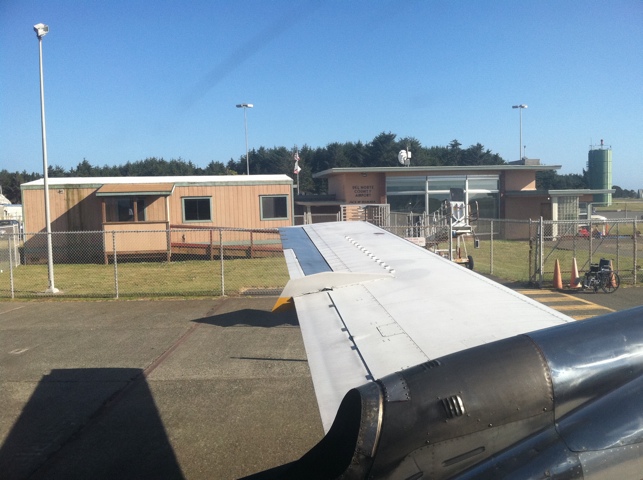 After waiting at the airport for 10 minutes, during which time I was the only passenger remaining, my taxi arrived to take me to the hotel. Since the plane was too small to take the bike on board, I had shipped my bike to the hotel in advance, it was waiting for me in the room when I arrived! 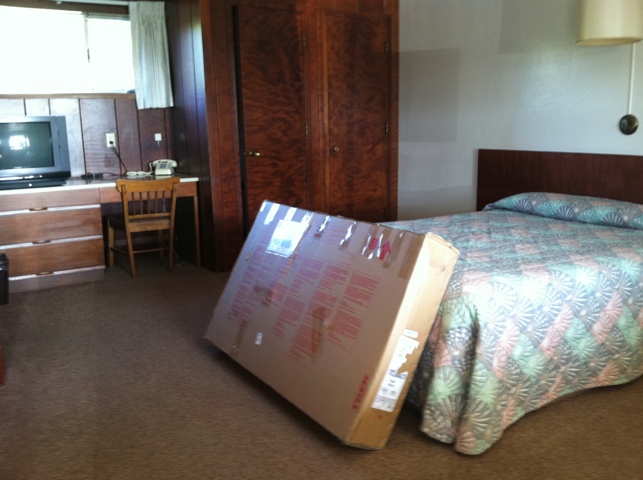 But then after dinner it was time for putting the bike together – something that is routine for me, but not this time. One of the spokes on the front wheel had loosened and bent in transit. That wasn’t so bad, as I was able to replace it with one of the spares. 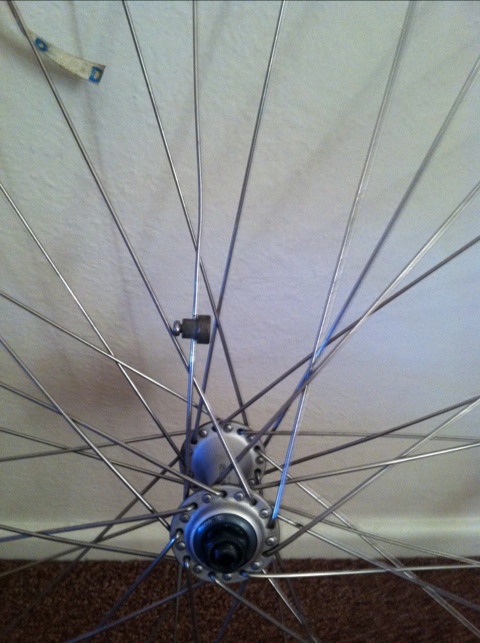 The worse problem ended up being the flat front tire. It seems that any tire is really tight fitting with my Sun rims! After going through another tubes, I noticed that the rubber around part of the wire bead had ripped, exposing the bead. 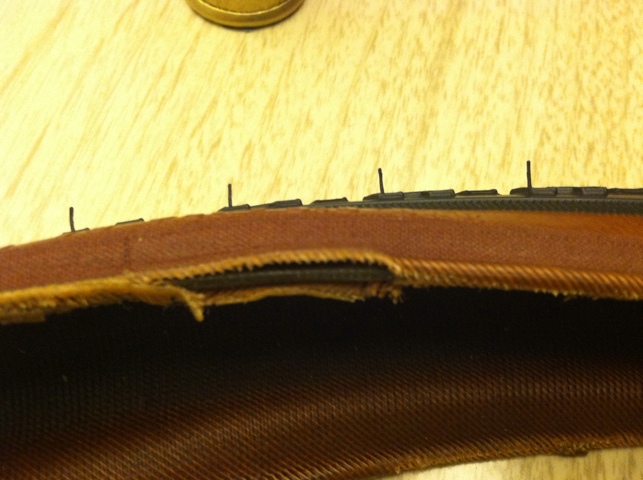 So I replaced the tire with my spare folding tire, then wasted a tube when I pinched it putting the tire back on the rim. Finally, after yet another tube, I had a functioning front wheel again – but it is almost midnight!

And finally, the bike computer (speedometer) wasn’t working, as the wire had broken during transit, argh! But at least the bike is still rideable and I am ready to go tomorrow! 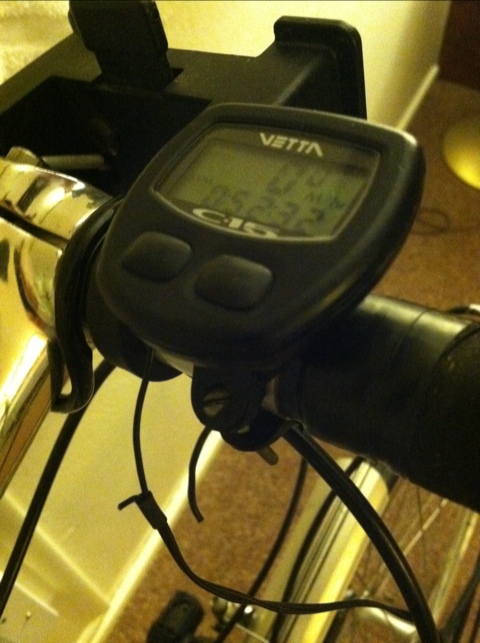