I was only getting 130 Mbps on my Buffalo WHR-HP-G300 router which is supposed to be good for 300 Mbps. The router defaulted to a channel width of 20 MHz. I changed it to 40 MHz, and voila, I connected at 300 Mbps. Though that only worked because my router was able to find some uncrowded channel space.

The other challenge was that I wanted to increase the range of the router. My cabin is about 1200 sq ft and single story, and I get excellent indoor coverage by putting it on the top shelf inside a closet. But I wanted to improve my outdoor coverage on my 17,000 sq ft lot. I had a few dead spots outside, especially near my driveway which is further downhill.

The nice thing about this router (besides its price) is that it has removable antennas. So I bought a Rosewill RNX-A9-EX antenna from Newegg. Then I removed one of the two old antennas and attached the cable from the new antenna base. 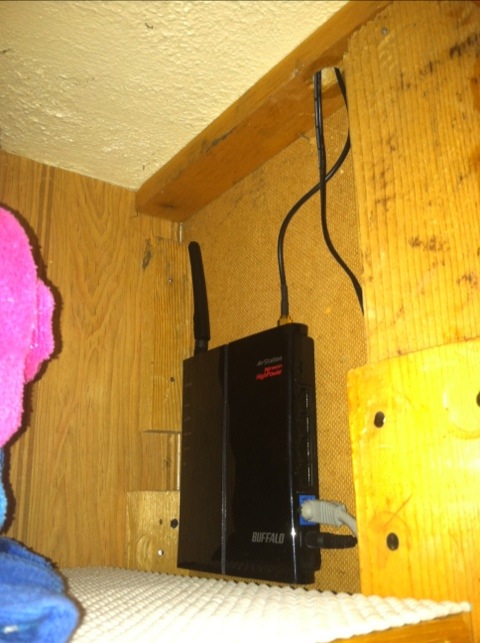 The cable is only three feet long, but I found a suitable – although not ideal – spot in the attic for the antenna. 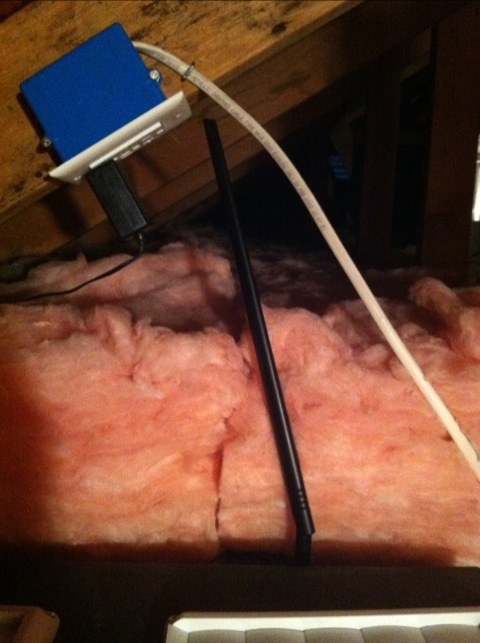 The signal radiates horizontally from an omni-directional vertical antenna. So that slight tilt of that antenna towards the downhill section of the property greatly improved reception there, while not adversely impacting reception in the distant uphill corner of the property. I get at least three bars out of five everywhere on the property. (Well, unless I stand with my iPhone behind a big tree trunk and block the line of sight to the router.)

I believe I’m also getting a benefit due to the two antennas being in slightly different places. So perhaps there were some building materials which were blocking the signal from the two antennas inches apart, but now with the antennas three feet apart it’s less likely that the signal can be blocked from both antennas.

I also tried going to the router settings and increasing the transmitting power. But I’ve heard of some bug with this router in that the increased setting won’t “take”. Though I’m already getting greatly improved reception with this new antenna, so I’m not going to sweat it.