I just picked up a nice find on Ebay, a used dual band Kenwood TM-721A radio. It even came with a duplexer (to split the signal from my dual band antenna to the separate 2m/440 connections on the radio). 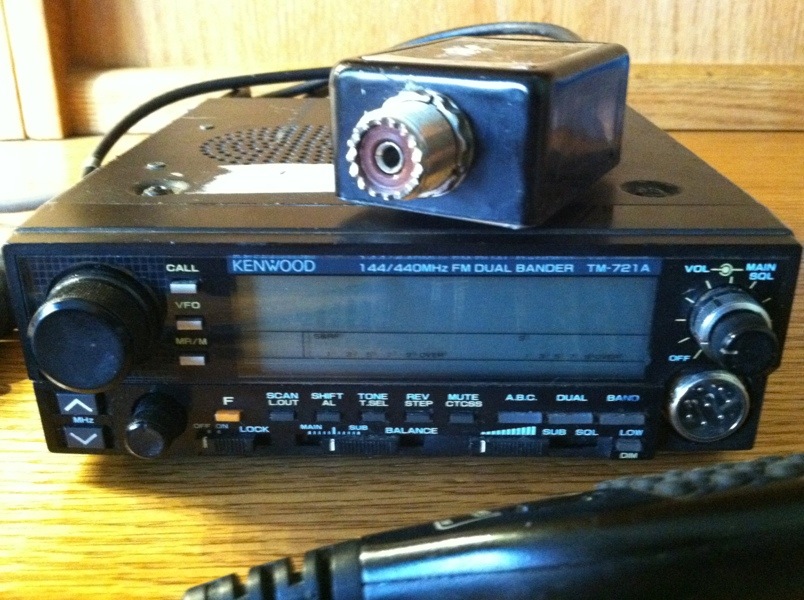 Here it is sitting next to the 2 meter Kenwood TM-241A which I was previously using. The TM-721A will replace it, and the TM-241A will go up to the mountain cabin. 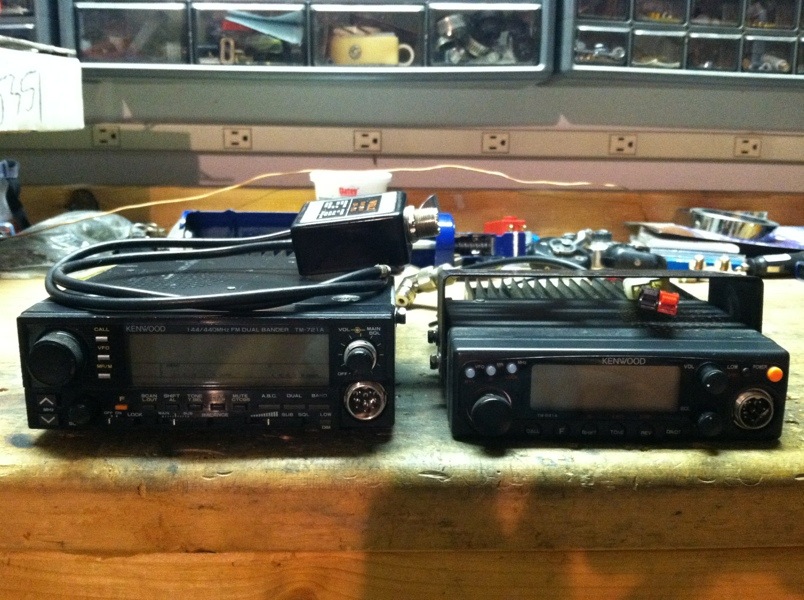 The TM-241A had the standard (at the time for Kenwood radios) “T” type molex power connectors. However, the original power connectors on the TM-721A had been replaced with four pin “cinch jones” type connectors, which are hard to find these days. So I replaced them on all the radios with the red and black Anderson PowerPole connectors, which are the closest thing to a 12V standard. One nice thing about them is that they are genderless, very convenient! 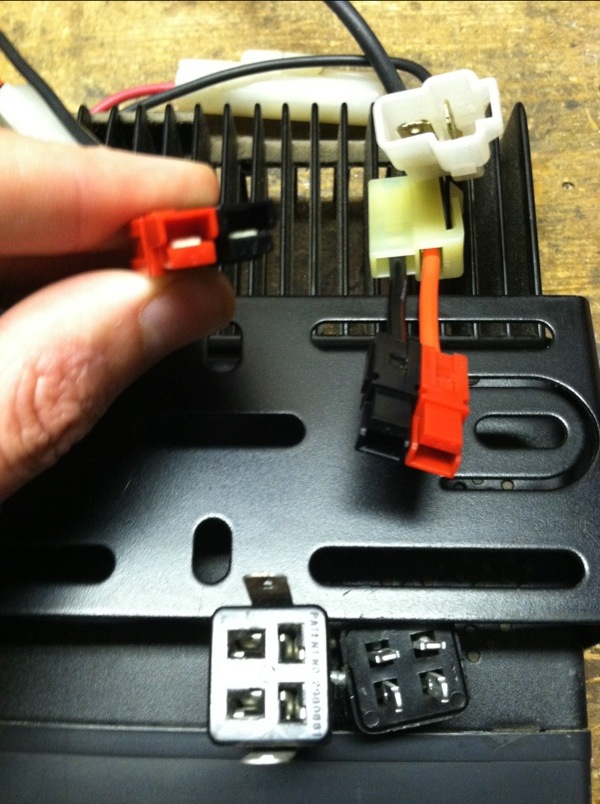 Stay tuned as I prepare to take the radios apart to change out the 3V coin battery which keeps the memory presets….