One day back in March, I was walking around town, and my Verizon iPhone 5 switched from 3G to 4G LTE! But only one bar of signal. 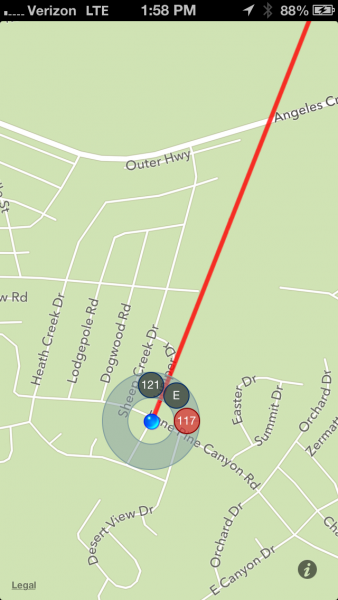 But upon closer inspection, I happened to be hitting an antenna out in the high desert. 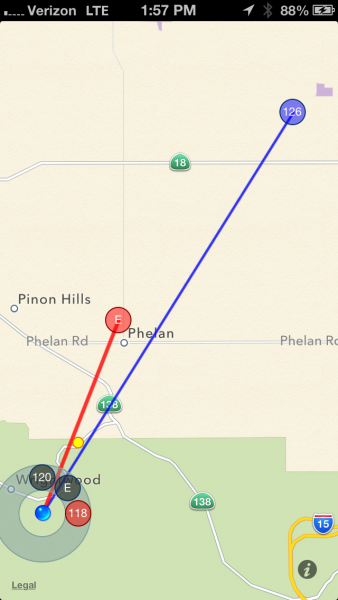 Then in early May, I got this in my back yard! The rollout of 4G LTE finally made it to Wrightwood! 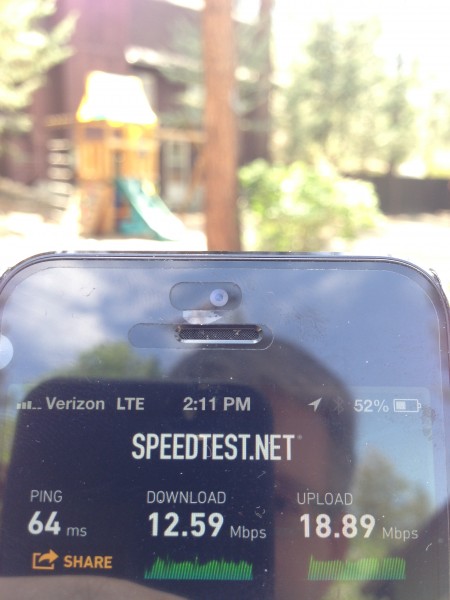 At least one of the cellular antennas in town was converted to 4G LTE. I can’t show the screen shot as it would tell the whole world where I live.

Walking a block up down the street towards the direction of the antenna gains an extra bar of signal and faster download speeds. 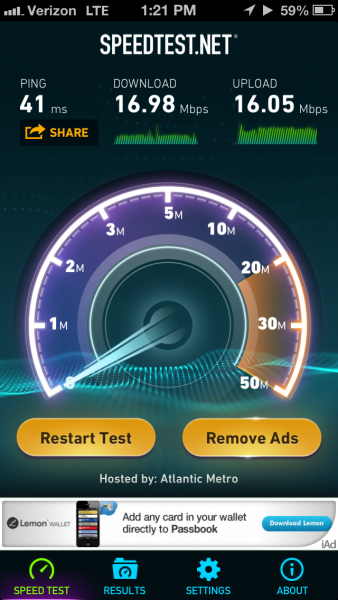 Unfortunately, indoors I get only two bars of signal, with about 8-9 Mbps download speeds. But it’s still much faster than my 1.0 Mbps DSL connection, so I can route the LTE connection through my Cradlepoint MBR95 router via wifi while I wait for DSL upgrades to come to town. I have the Wilson Sleek 4G-V on order and I’ll see if that boosts the signal inside and increases download speeds comparable to that with the phone outdoors.