Picking up the story where we last left off (again), I leased a new modem from my DSL provider, and after installation my service immediately returned to full speed. Problem solved! Until a snowstorm came to town, then my connection dropped to dial up speeds. The speeds never returned to normal even after we dried out from the storm.

So on a Sunday night, I packed my bags, and headed up to the cabin. I would stay up there until the problem was fixed. Good thing I work from home and have a Verizon Jetpack Mifi to connect to the Internet (for short term use, not a viable long term solution due to data caps!).

On Monday, I called my DSL provider. The modem wasn’t syncing at the time (i.e., no internet connection), and I already previously troubleshooted on my end. So they opened a ticket with Verizon to have a technician come out.

On Tuesday, the technician arrived. Everything looked OK at the “D-Mark” box marking the transition between the outside and inside wiring. Before I could bring it up myself, he asked me how my connection did with the storm a couple of weeks ago, and I told him. He suspected damage wiring and then looked up at the terminal box on the utility pole. It looked like no one had gone up there in years. 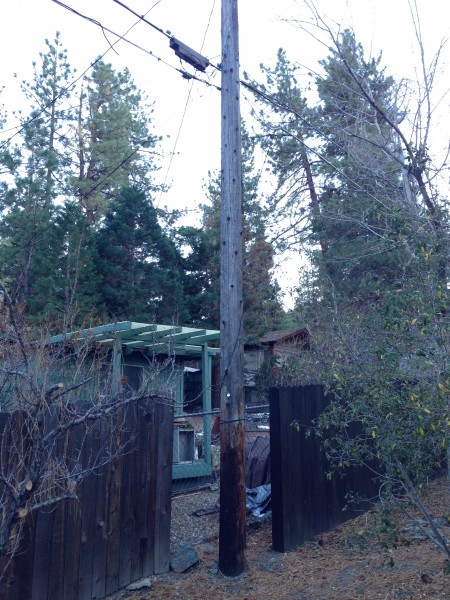 I sawed off a couple branches on the apricot tree (on the right) so that he could get in closer with his truck. 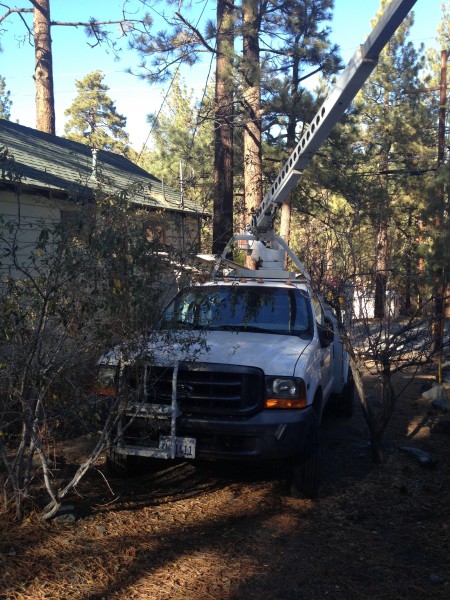 Then he went up in his basket to take a closer look at the terminal box. 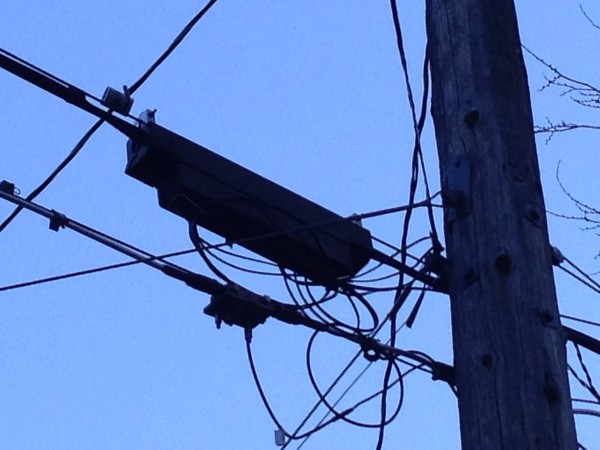 My cable (bottom two cable in photo) had been chewed my squirrels. Part of it was holding on by a thread, because when I wiped it off to take a closer look, the rest of one of the two wires had rubbed away! He replaced it with a new drop (top cable in photo) from the terminal box to the D-Mark box on the house.

The name on it says “Whitney Blake Teleprene Control #555” which according to this was patented in 1946. And according to this, Whitney Blake was acquired in 1971. So the cable was installed sometime between those two years, likely making it the original phone cable to this mid-1950s cabin. 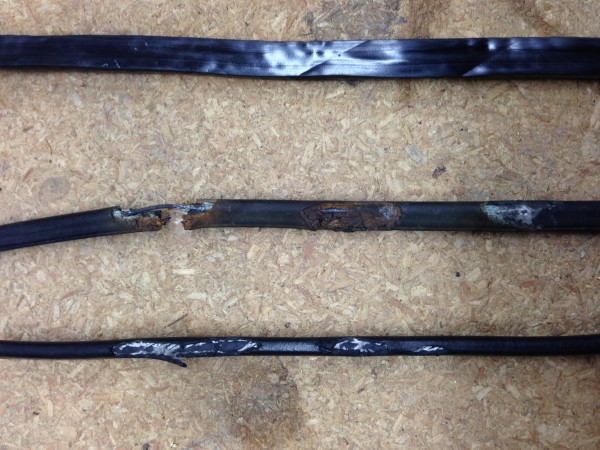 Here’s a closeup of the new D-Mark box. 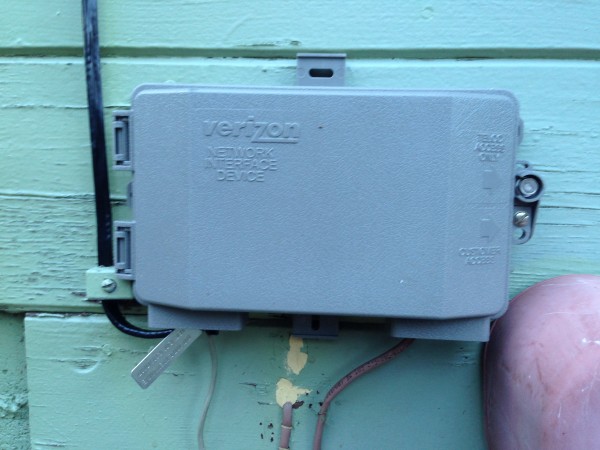 Compare this to the old D-Mark box (with the cover removed). 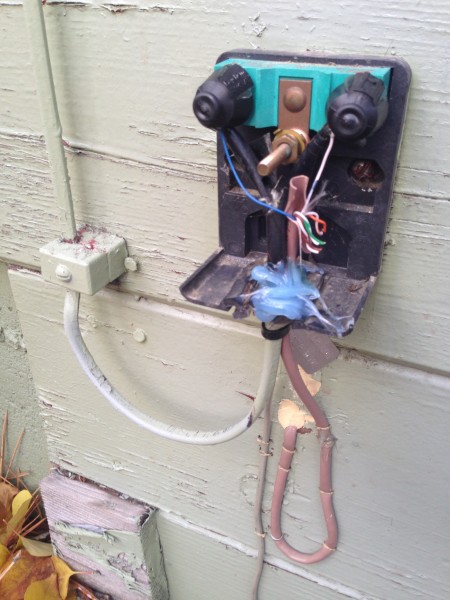 Here’s the inside of the D-Mark box. 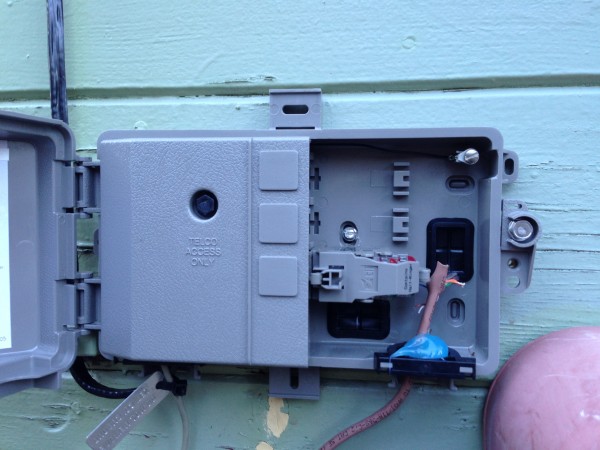 Here’s a view of the terminal box (hiding in the upper right behind the tree) and the drop down to the house on the lower left. Note that this pole is set back pretty far from the street, about four car lengths away. 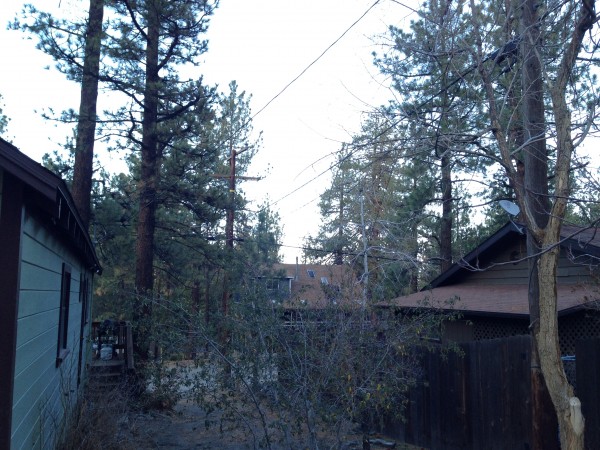 I had almost immediate modem sync and connection success upon replacement of the drop! I got a D- instead of an F! 🙂

I said this would be the last update, but maybe I’ll wait and see how my connection does through the next storm and report back again…