Just a quick update since my return to running after being sidelined with plantar fasciitis. In my last post, I described my plan to transition from walking to running in four weeks. That plan worked rather well, and last week while on business I was able to run 5K at tempo pace! 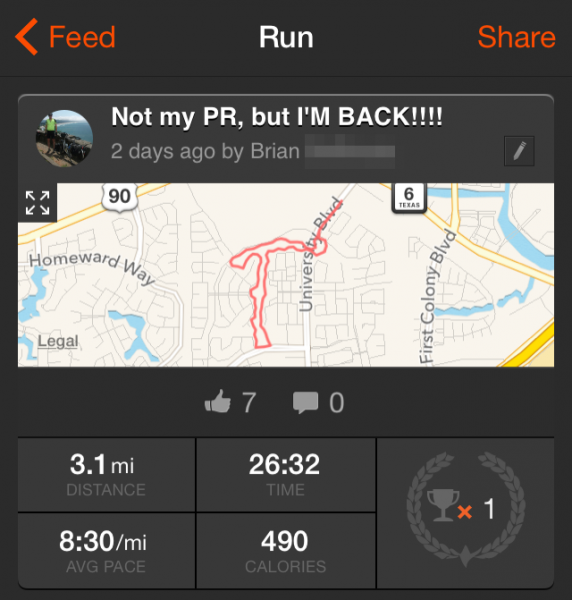 During my break from running, I had been cross training on the bike and the ElliptiGo. The ElliptiGo has been doing a great job of working the running muscles. But one thing it didn’t prepare me for was sore calves! I got a tip (from a coworker!) to try some compression socks for recovery. So I went to the local running store and bought a pair. (They were also great for the flight home!) 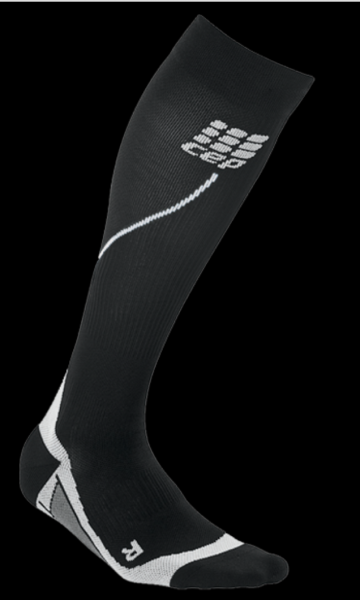 While at the running store, I resisted the temptation to buy a new pair of running shorts. Not for me, but for that coworker or a family member! 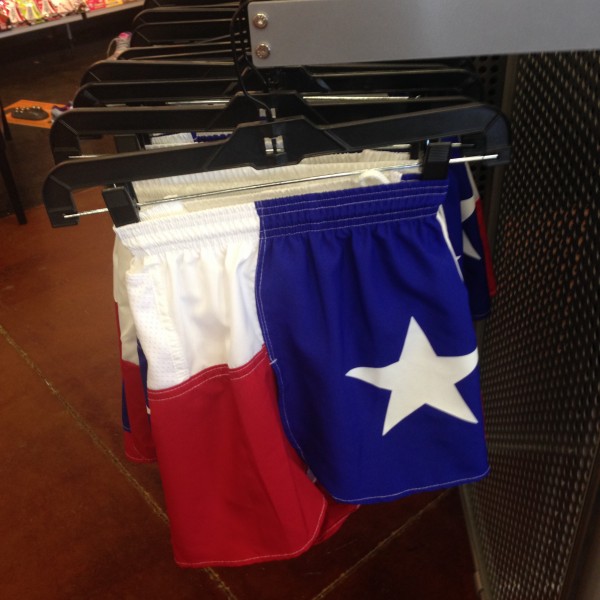 On another note, per my prior VO2 max testing and subsequent observations, my maximum heart rate has been 182 bpm. Being in my late 40s, that is pretty consistent with the rule of thumb of 220-age. But this past weekend, I was out riding my ElliptiGo, I was chasing someone on a hill, and my heart rate was at 182 bpm. Usually I can’t sustain that rate for very long, but that day I felt like I had more in me. So I rode faster, and my heart rate got up to 197 bpm before I had to back off on my effort! This seems like another version of that “second wind” phenomenon that I noticed in my prior VO2 max testing. Something I’ll have to keep an eye on. (I’ll have to wear my heart rate monitor during my next 5K, yet run by feel and not look at the reading to be unduly influenced by the number!) 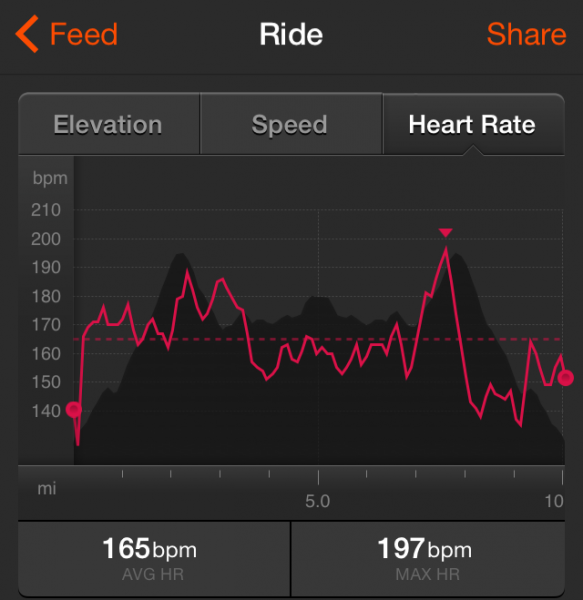 So I’ve now finally signed up for the 5K I had planned to do in a couple of weeks. I’ll do easy runs, alternating with the ElliptiGo and the bike over the next couple of weeks, and then we’ll see how it goes!