It’s been a while since I’ve posted, I’ve been pretty busy lately, so just thought I’d get a quick update out on the main topics that I talk about here: ElliptiGO, bicycling. running, and chess.

I really ramped up the ElliptiGO miles this past summer, once I had made the decision to use the GO instead of the bicycle for a charity ride in the fall. 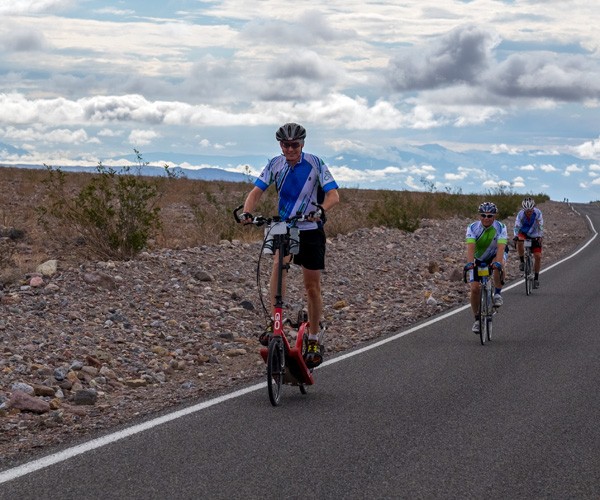 The charity ride went well, but a couple of weeks later my lower back kept getting sore. I had discovered that I could get more power on the GO on the hills by leaning forward as I “pedaled”. But I also learned doing that stresses my lower back. So I took a hiatus from the GO over the winter while working on my core strength, only returning today for my first GO ride in weeks!

When I made the decision last summer to use the GO for the charity ride, I had to temporarily hang up the bicycle to make time for GO rides. It was hard to find time for the bicycle around the holidays, but since I can ride forever even when my back is sore, I’ve managed to make it out for a few rides this year so far, Though I still need to figure out how I want to split my riding time between the GO and the bicycle. With work, family, etc., I’d don’t have any multi-day bicycle tours on the radar at the moment.

Running has been the mainstay of my fitness between the charity ride last fall and now. Although my plantar fasciitis started flaring up again, wearing the Strassburg Sock at night has helped keep it at bay. With no races on the calendar yet, I’m in sort of a maintenance mode, running about 3 miles at time at a easy/moderate pace, 3-4 times a week. I also found a running club that runs 3-4 miles once a week, perfect for someone like me who works from home and therefore needs to get out of the house more often. Now I’m feeling well enough to start looking at the calendar for 5K and maybe 10K races!

Partially sparked by my son’s interest in tournaments, I’ve done the unthinkable and made a return to chess myself. I’m overdue for reports on tournaments in December and February. I also found a good local club in the area. But to sum up, I can say that cobwebs after being inactive for 20 years have finally been cleared and my ratings slide has been halted. Although my peak USCF rating was over 2200, allowing me to keep the National Master title, my current rating puts me one level below at Expert. So now it’s time to get my rating back up to Master level! I have another tournament coming up in March, and I’ll have to look at the tournament calendar and plan the rest of my weekends!