When a laundry room was provided as part of the addition to my cabin (before we bought it), the dryer backed to an interior wall.  The vent went into the wall, down through the crawl space, and out at grade level – as shown in the sketch below. 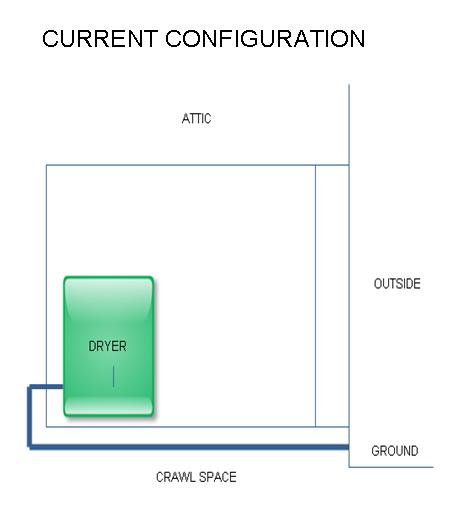 The first problem with this setup was that the white vinyl ducting was sagging in the crawl space and got packed with lint, affecting dryer performance as well as being a potential hazard.  I replaced the vinyl ducting with flexible aluminum ducting as a short term fix.  However, a longer term fix was necessary, as rigid metal ducting is required when it is inside walls.

The other problem with the original venting configuration was the potential for snow melt and rain water to enter through the vent, which was only an inch about the ground at a low point.  Therefore, I decided to relocate it – the two options I considered are below. 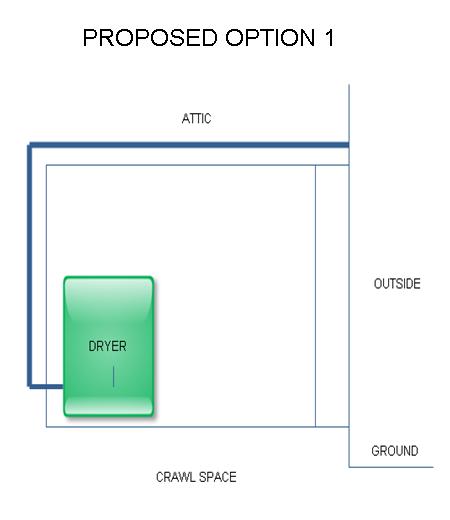 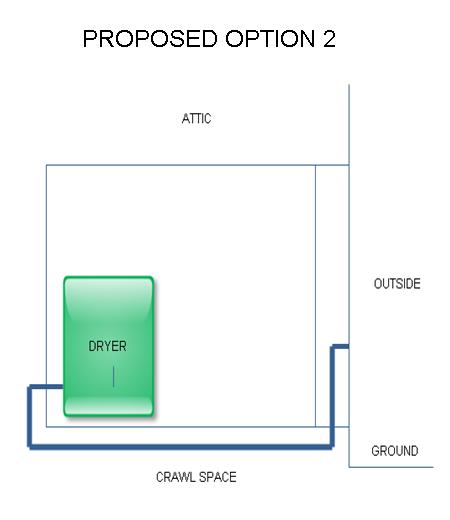 Although it would be the shortest route, I did not want to put a hole in the roof for venting.  Option 2 would have been the shortest route for the two options above, but the two 90 degree bends seemed unworkable without tearing open a wall.  So I decided to go with Option 1.  Here’s a photo of the original and proposed vent locations. 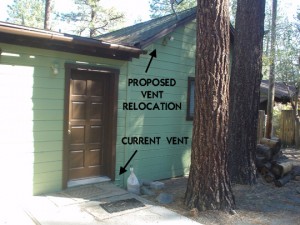 That photo is the view facing north.  The dryer is right in front when opening the door.  So the re-routed vent has to go up the wall into the attic, then turn east a short distance, then turn south, and then out where it says “proposed vent location”.  That’s makes it a challenge to make the vent routing short enough to get adequate exhaust flow.   Therefore, the first step was install a product called the Dryerbox, in the photo below.  That eliminated the awkward bends in the flex ducting that you can get when the dryer is pushed against the wall. 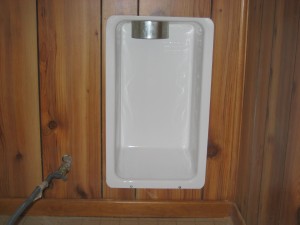 The next issue to deal with was the two 90 degree bends in the attic.  Per the codes, for each elbow you have to deduct 5 feet from the total allowable of 25 feet.  It would be 7 feet up the wall, then one elbow, then a short straight section, then another elbow, and then 10 feet to the outer wall.  Even though I hadn’t yet accounted for the short straight section, the total already adds up to 27 feet!

Enter a product called the Dryer-Ell.  It’s a long radius elbow.  Below is a comparison of conventional elbow with the Dryer-Ell.  By using two Dryer-Ells, I was able to save the equivalent of 9 feet of duct length!

Here’s a couple of photos of the final installation.  The first one is looking west, towards where the vent pipe comes up out of the wall, near the black plumbing vent pipe.  The second one is after the vent turns south and goes out the exterior wall. 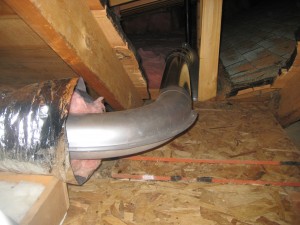 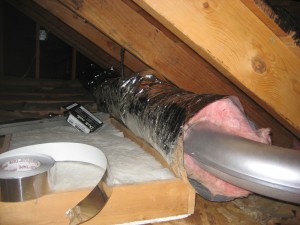