Well, not exactly. Remember my older post about installing a new webcam for the cabin backyard because the old webcam overheated, resulting in blurry optics?  Today I found a use for the old webcam – placing it above the garage door to check for snow in the driveway and street.  It’s pretty helpful to know in advance how much work I have to do just to pull into the driveway!

Installation was similar to the original install, using an electrical junction box and plexiglass for the enclosure, except this time I used a 4″x4″x4″ box instead of a 6″x6″x4″ box.  I had to take apart the webcam casing in order to get the antenna to fit in the smaller box.  Since the webcam overheated last time, this time I didn’t bother with any insulation to keep it warm. 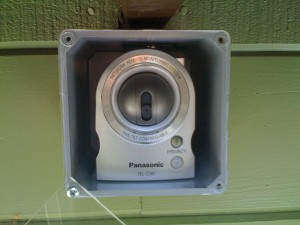 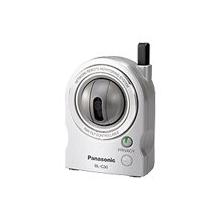 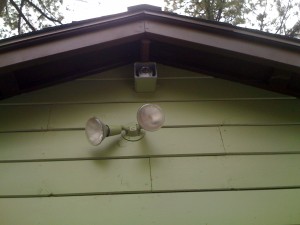 Here’s the view from the webcam. It’s blurry, but at least I can see whether or not there’s snow on the street and driveway.  (I still have to see how the view looks at night with the garage lights on.)  The walkway to the front steps of the deck is in the lower right corner of the image.  I may rotate the webcam in the enclosure or take it apart to move the lens (the camera movement functions were fried during the overheating) in order to see more of the walkway. 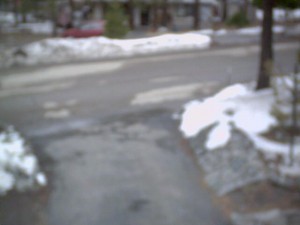 Note the difference between the previous image and better quality image from an undamaged webcam in the backyard. 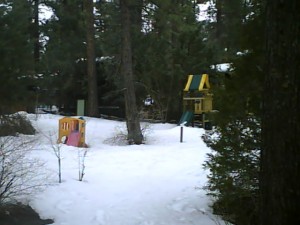 By the way, a strange thing happened today that I can’t explain. Every half hour during daylight, the backyard webcam connects to my ISP via FTP and overwrites an existing image (which sits in its own folder/directory) with a new one.  So rather than give live access to the camera, my cabin rental site has a link to the latest image.  When I looked at the website this afternoon, the image was all black.  Yet if I connected via FTP and downloaded the image to my hard drive, it looked OK. To fix the problem, I had to delete the directory, create a new one with a different name, tell the webcam to write to the new directory, and update the webpage to look for the image in the new directory. Problem solved. My only guess is that the directory somehow got corrupted?