As I explained in a previous post about bicycle lights, for several years I put up with the hassles of heavy bike lights with separate water bottle batteries, or running multiple self-contained LED lights that would quickly drain AA batteries.  Now the Holy Grail of commuting bicycle lights has arrived: the new for 2011 Cygolite Expilion 250!

Why is it the Holy Grail of commuting bike lights? It is the one light that has all of these features I’ve been wanting for years:

While I still have to take it out on a commute, I took it out for a spin tonight and the single Expilion 250 was easily brighter than the two Cateye HL-EL530 lights I had been running together – even after my homebrew LED upgrade of those Cateye lights!

The only thing that jumps out at me as a “dislike” is the rubber cover which is hard to push in to the USB charging port in the back.  Luckily I can leave it out most of the time and only have to deal with it on rainy days (unusual here for Southern California).

Also, there had been reports of tight mounting bracket issues, but I didn’t have any problems with mine, and according to Cygolite the issue has been resolved with bracket replacements to those affected.

I will still use the Cateye HL-EL530 lights as backup/”be seen” lights, on my other bikes and on my commute bike in case I forget to recharge the Expilion – but the Expilion will likely be the “light of choice” for the commute!

Here are some photos.  Old Cateye HL-EL530 on the left, new Cygolite Expilion 250 on the right. 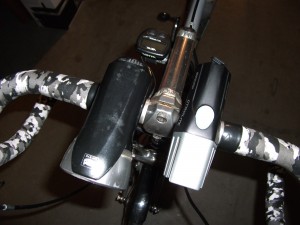 See how small it is. 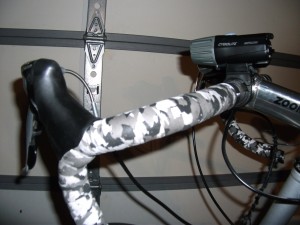 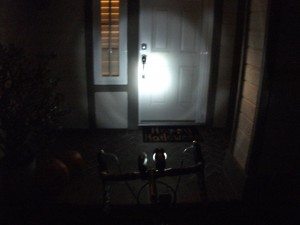 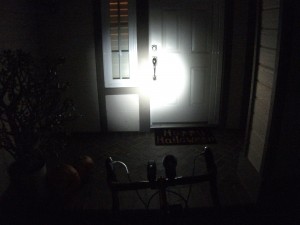