Steve is riding across the USA, I’ll be joining him a few days for the California portion. After meeting up with some folks and the obligatory rear wheel dipping in the Pacific Ocean, we headed out on the Santa Ana River Trail. 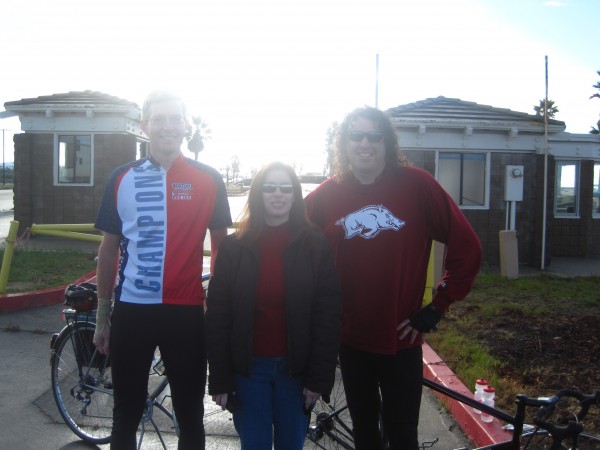 About four miles in we stopped to help some people who were having problems with a bent chainguard on a cruiser. They were from out of town and were using the hotel loaner bikes for what would be a 40 (!) mile round trip to the beach. But hey, they were stuck in meetings all week and were itching to get out to do something, I can totally relate to that! 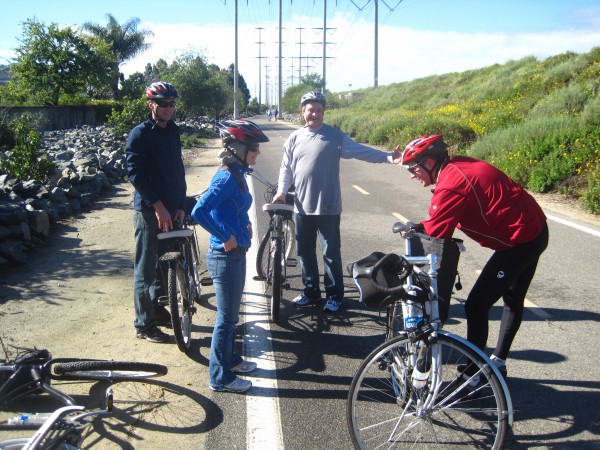 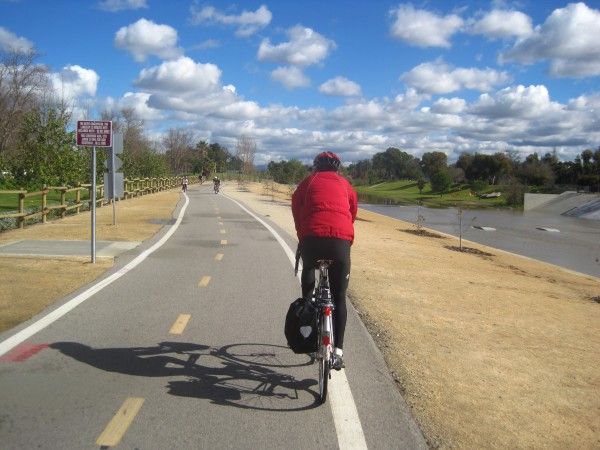 We left the Santa Ana River Trail and Orange County after about 30 miles. Another cyclist with a Surly Long Haul Trucker touring bike came over to chat, today he was just riding the length of the trail and back, though he was interested in our trips and hoped to do something like that someday. 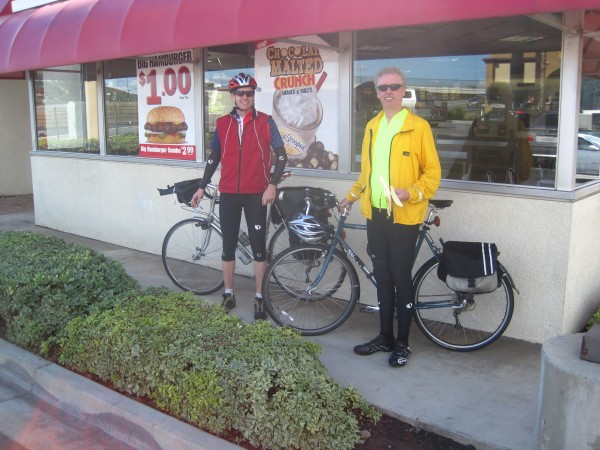 After our lunch stop, it was off the trail and onto the streets. There really isn’t a nice way to go through downtown Corona, though they’ve now repaved 6th Street and painted “bike sharrows” since I had last been there. 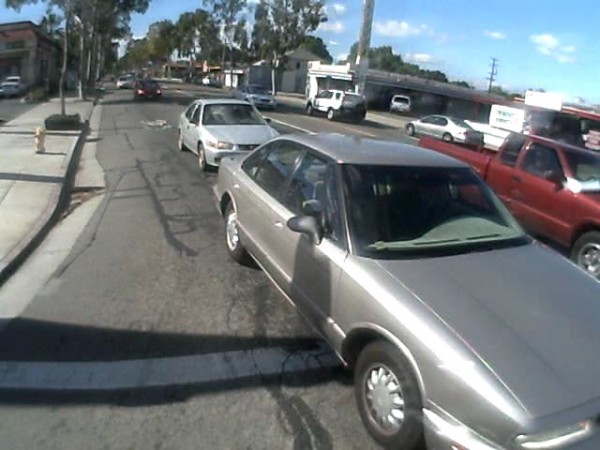 Then we were able to take a more scenic route following along the foothills of Corona and Riverside. We finally started to see some orange groves! The river trail had been a gradual uphill most of the time, and so was our final stretch on Victoria Drive. 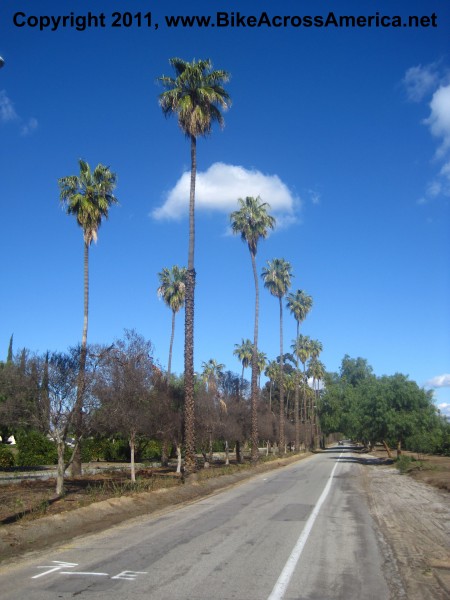 So no major hills today, but a steady uphill grind from sea level to about 1100 feet. So 50 miles was respectable today given that neither of us have a huge mileage base this winter.  We have to save our legs for even more climbing tomorrow.