I received some comments and questions on daily distances, which I’ll address in a later update.

Now back to today’s ride report. We decided to get an early start at 7AM so that we could get a jump on the morning traffic and get more green lights as we headed eastward through the valley on Highway 111. 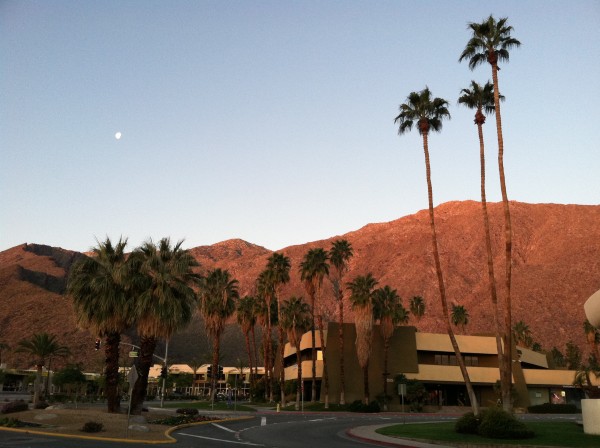 Although Palm Springs is only at about 450 feet elevation, our first 25 or 30 miles to Indio were all slightly downhill, as Indio is about 80 feet or so below sea level. So half of our distance for the day was done well before noon. 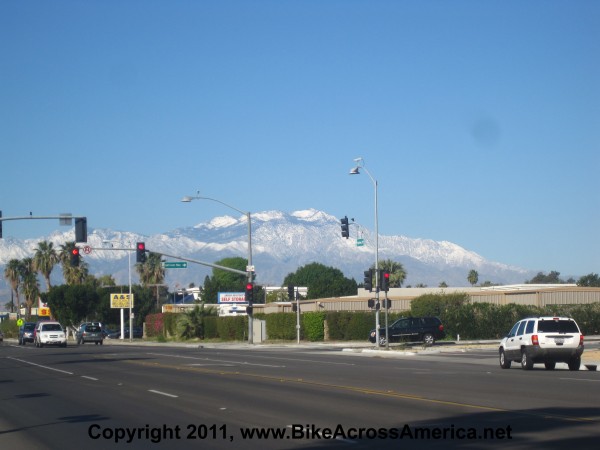 The next town with any hotels is Blythe, about 90 miles to the east. One option was to end a riding day in Indio and then have a long ride to Blythe. Instead, we continued on, since we had an alternate plan.

I-10 is the only road out to the east, so we (legally, for this rural stretch) headed up the ramp and onto the freeway shoulder. And that’s where the relentless (well, on a bike) uphill climb continued for most of the 26 or so miles to Chiriaco Summit, the only place with a gas station and a restaurant between Indio and Blythe. (Though tomorrow I would find out that there is a cafe in Desert Center.) 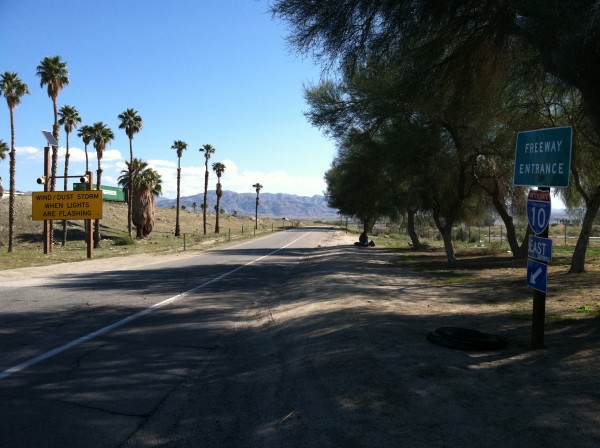 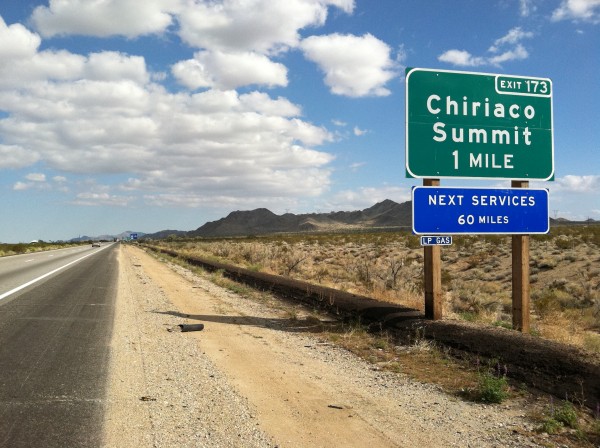 Richard was nice to meet us at Chiriaco Summit. That was good for us, since there was no lodging there, except a sign that said “free dry camping” (I made a mental note that this could be a spot to pitch a tent on a future tour!).  We loaded our bikes in his van, and he was nice enough to take us on a brief driving tour through Joshua Tree National Park before returning to Palm Springs for a place to stay. Tomorrow he will shuttle us back out to Chiriaco Summit so we can continue where we left off. 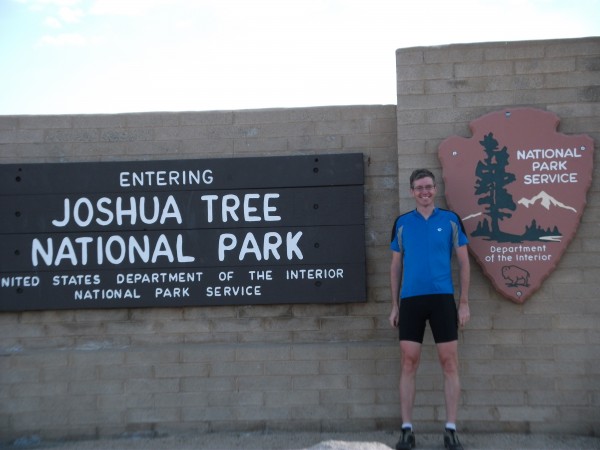 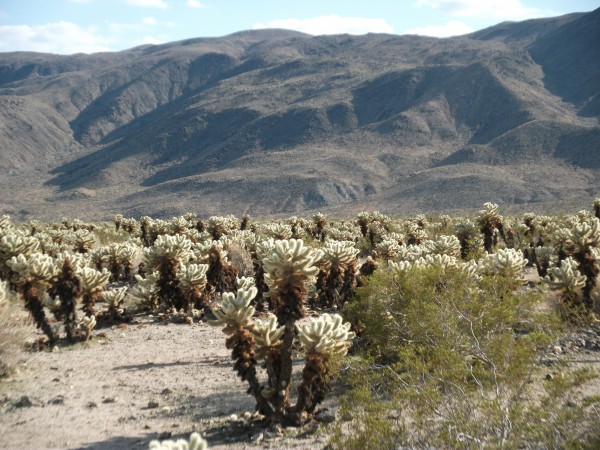 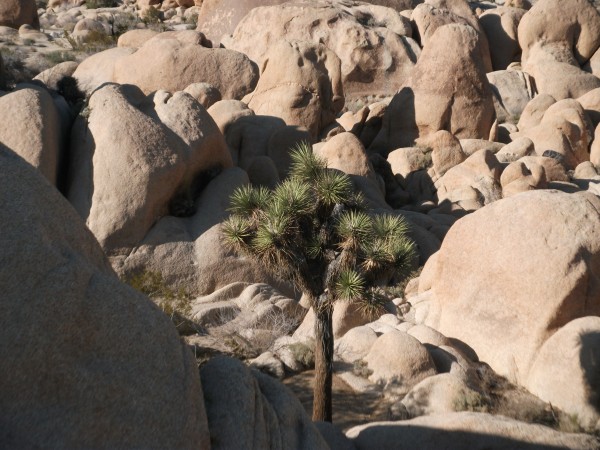 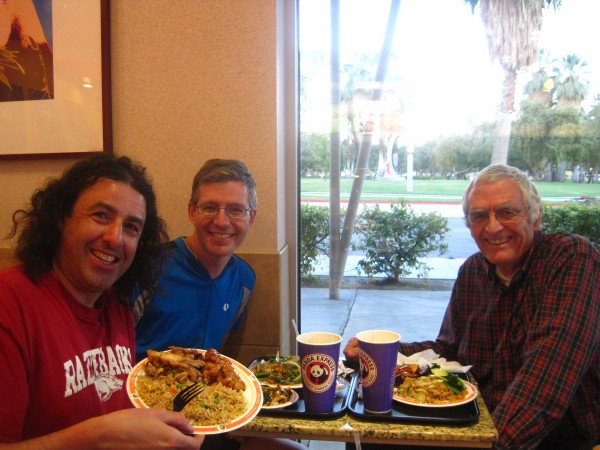