With the timing firming up for my current work project coming to a close, I had a last minute opportunity to take a week off from work between project assignments. So with less than a month to spare, I’ve decided to do a self-contained bicycle tour of the Northern California coast, starting near the Oregon state line and ending in San Francisco (image below courtesy of Adventure Cycling).

So why this route on such short notice?

I carried camping gear when I bicycled across the US back in 2001, but most of my bicycle trips since then have been shorter duration “credit card” tours, traveling lighter and staying in hotels. It was time to dust off the front racks and panniers and mount them to the touring bike, throw the camping gear and other stuff in my bags, and go for a shakedown ride with the bike fully loaded. The bike handled quite well, although slow of course! 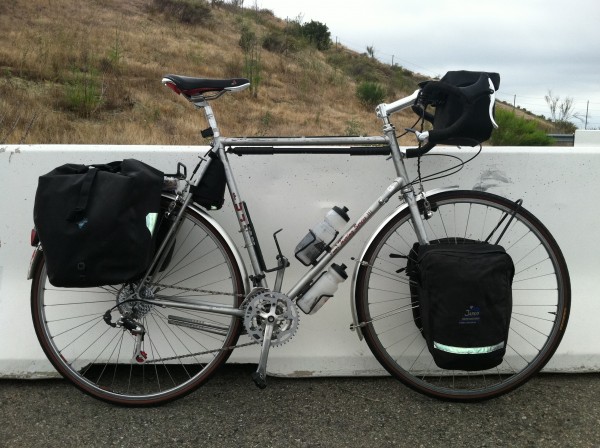 One surprise which has come up is that I can’t count on taking the bike on the small turboprop plane that will be taking me to my starting point, so I will have to get my bike boxed up and ship it to the first night’s hotel. That’s made the tour planning even tighter! More on that later.