The route out of Trinidad is aptly named Scenic Road. It’s really narrow in parts… 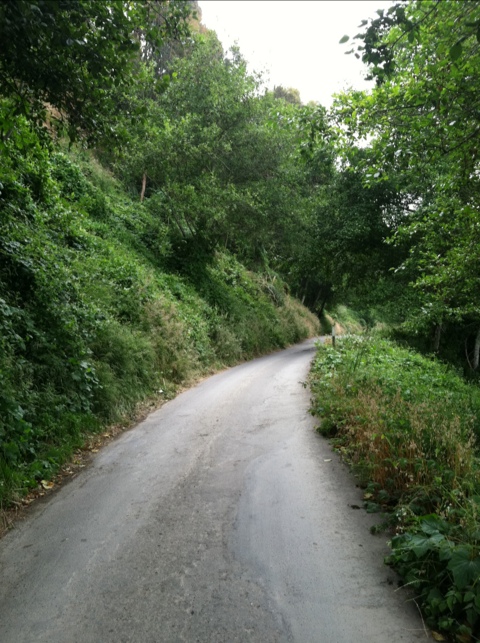 …but of course very scenic. 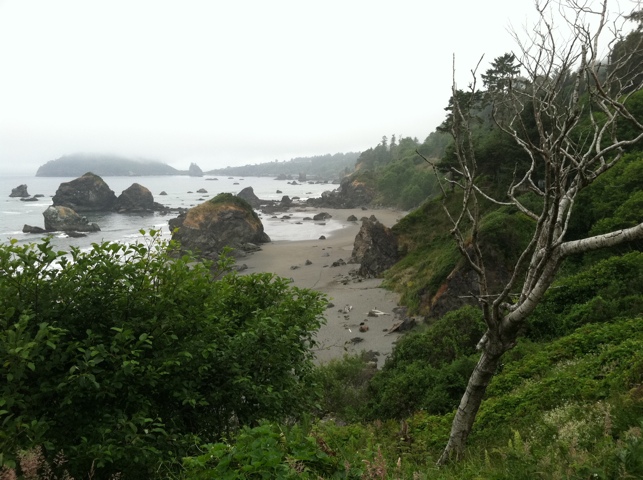 The terrain flattens out quite a bit when approaching the bay. A trail bypasses 101 for much of the way, though gravel in some spots, but not a problem for a touring bike. 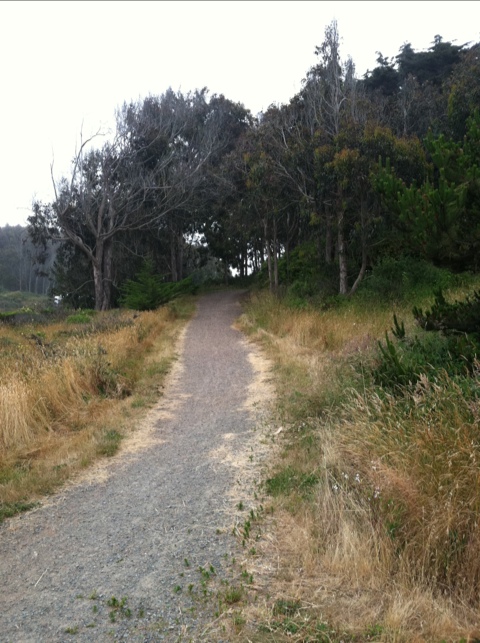 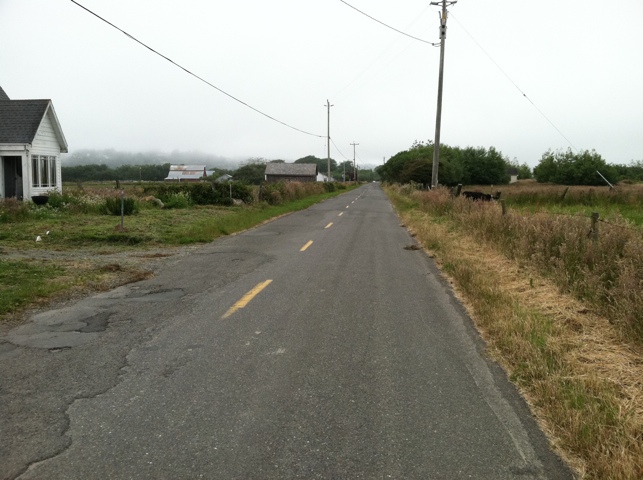 I found a bike shop in Arcata which carried decent quality 27″ tires. The downside was that it was $60 for the Continental Gatorskin, which I know I could get for $40 back home. The shop mounted it on the front rim for me, allowing me to take the folding tire that was there and put it back in my bag. 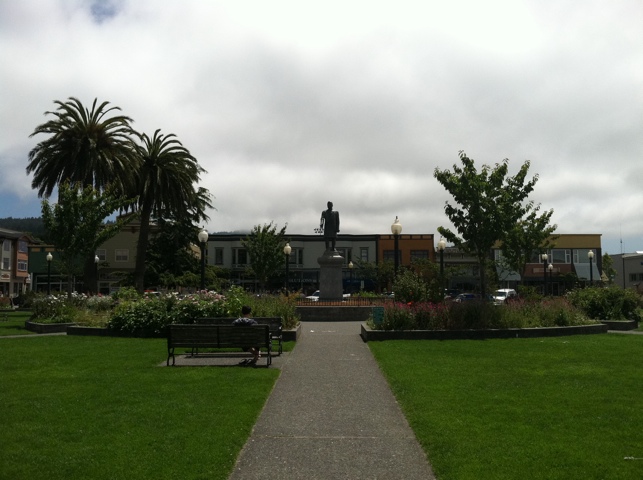 Getting from Arcata to Eureka requires using the 101 freeway shoulder, but it’s not too bad. 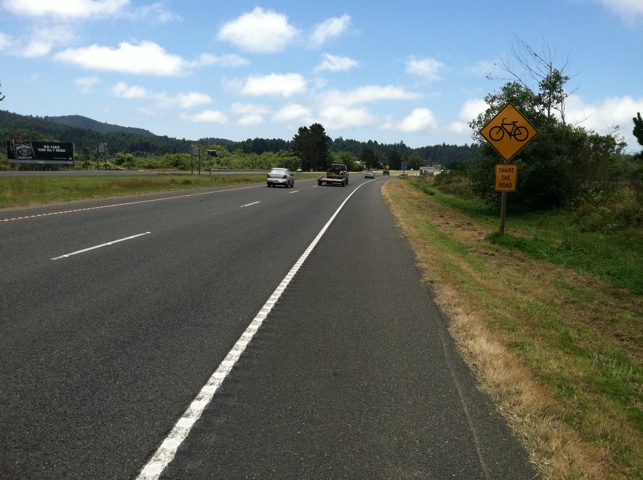 I was pleasantly surprised at the alternate route through Eureka using lightly traveled back roads. Though I missed a turn to use a half mile section of trail, so I had to get back on 101 a bit earlier than planned. 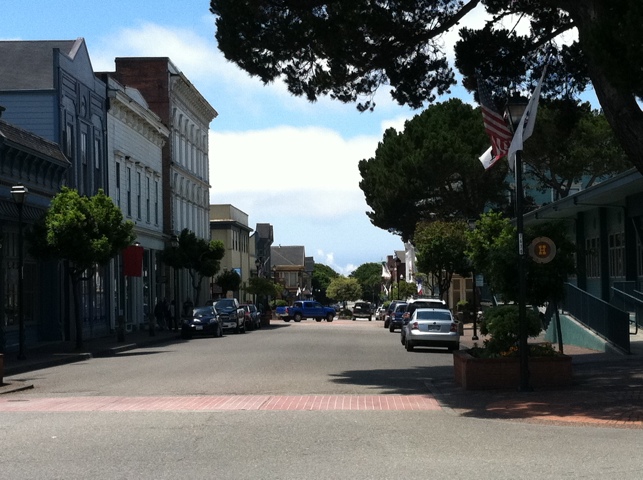 After a bit more on the 101, the route took more of the quiet back roads. I saw two touring bikes outside in the small town of Loleta. 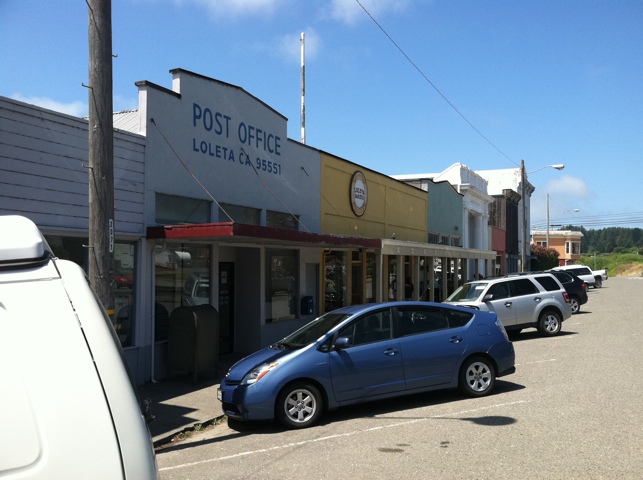 Just before Ferndale, the cyclists on the two bikes that were parked in Loleta had caught up to me. (I had stopped to take pictures.) It was Rex and Roger, who I saw eating dinner in Trinidad last night. We rode together for the rest of the day since we were on roughly the same timetable. 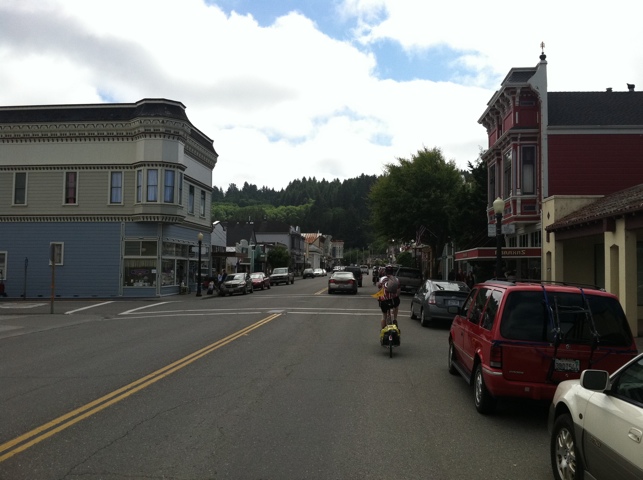 It was on to more redwoods on Avenue of the Giants. After a short dinner in Redcrest, we found the campground just outside of Weott. The campground was full, but there were hiker/biker sites set aside for anyone who arrives under human power, for only $5. Met a few other cycle tourists there, including the two Canadian ladies I saw yesterday in Orick. 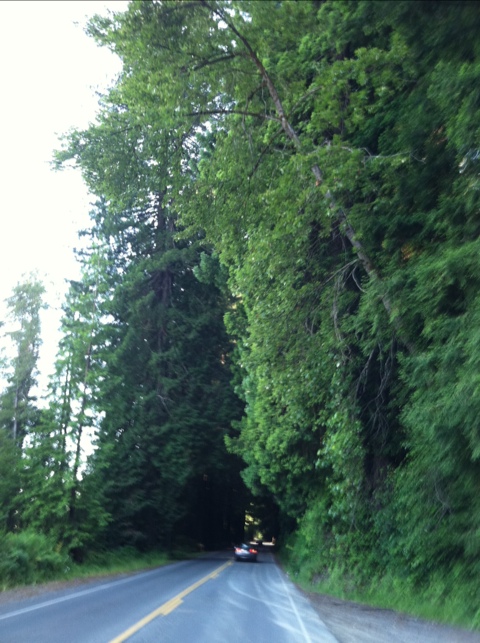