First, a couple of other things I forgot to mention from last night. The bolts holding my water bottle cages had loosened during yesterday’s ride. I had hand-tightened them during the ride, and then used blue thread locker (which I carry!) to make sure they didn’t wiggle out anymore.

Also, my long day yesterday meant that I had leapfrogged ahead to a different group of cyclists. Most of them were just riding to San Francisco, but James had planned to continue on to the Mexican border. I gave him some tips for the route south of San Francisco in case we didn’t meet up again.

Once again I was the first one on the road, since I don’t carry cooking gear when touring solo, and I was looking for something for breakfast. After a brief stop at the store in Manchester (no restaurant in town), it was a nice cruise into the town of Point Arena. 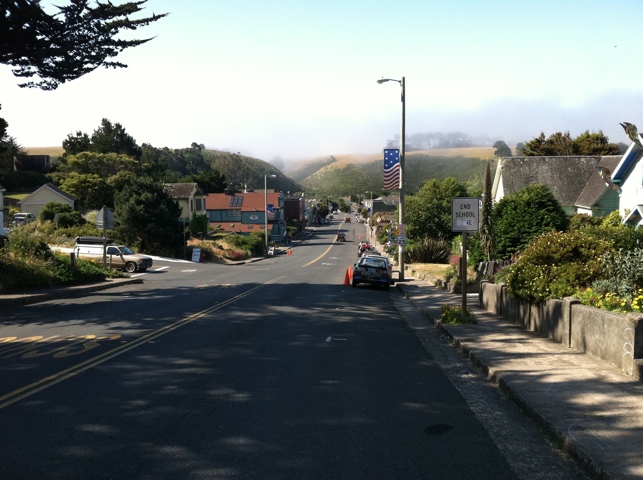 Anchor Bay was another neat stop. While getting some more water, I saw Kevin and some of the other cyclists passing through. 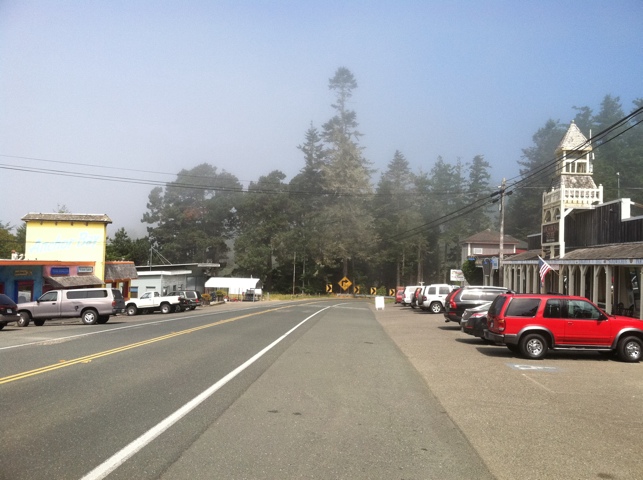 The plan was for today to be fairly short after my long day yesterday, so grabbed a sandwich in Gualala and caught up on my phone calls and my blog while enjoying the ocean view. The overcast skies gave way to some sun. 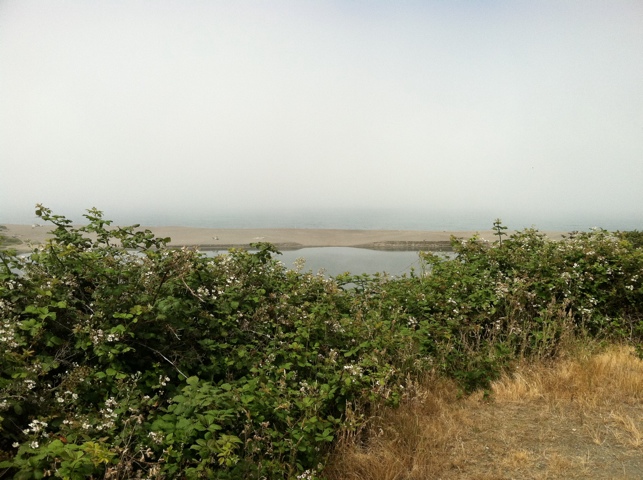 A common theme on today’s ride was to ride along a bluff top, make a 90 degree left turn, go screaming on a downhill, make a horseshoe U-turn, climb back up hill, turn left back on the next bluff top, and repeat. Though that led to some nice beach views. 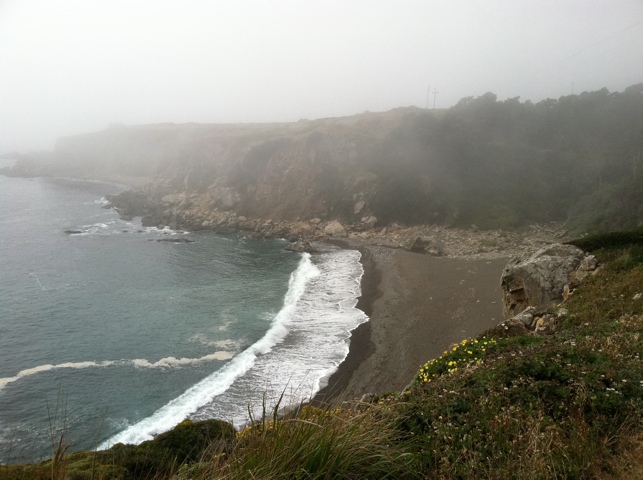 I should have stopped at Fort Ross to learn more about this old Russian fort, but at least I got this photo from the outside. 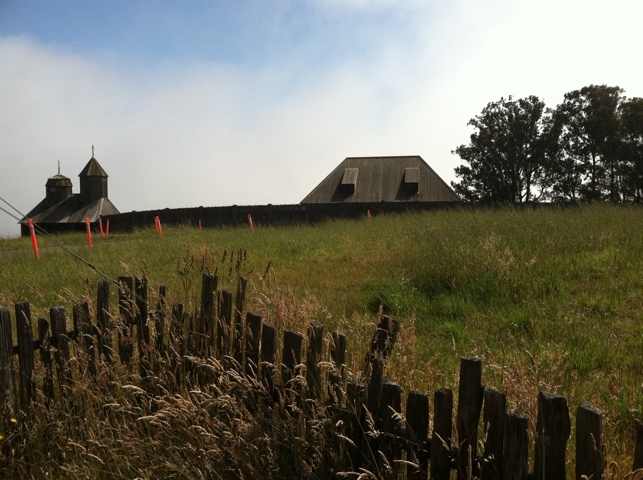 I had originally planned to stop at Fort Ross to end this day, but there wasn’t as much in services there as I expected, and the campground was far from the services. So I decided to continue on to Jenner. Though maybe I should have checked the elevation profile on the back of my map first, there was a lot of up and down, as the highway is cut into the side of the cliffs in some places!

Then there were some steep downhill switchbacks. I had stopped to take some photos and was about to get back on the road when I saw a “Cruise America” RV coming, obviously a rental. So I waited for it to pass and then dropped in right behind it – good thing, because he seemed to be all over the place on the downhill, yet going slow enough that I was right behind (by a safe stopping distance, of course.) 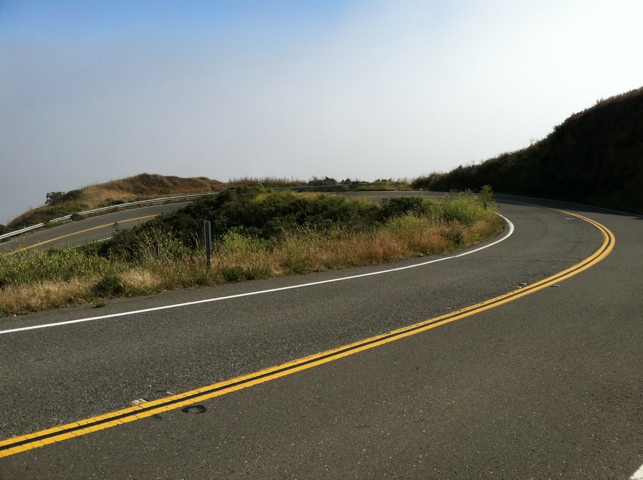 When I got to Jenner, I saw two of the ladies and one of the guys from the other cycling group hanging out at the general store. Knowing this was my dinner stop, I grabbed a sandwich while talking with them. They had planned to continue the ten miles on to Bodega Bay with the rest of their group. Actually, I really wanted to hotel it in Jenner, but there was nothing that looked like it was in the right price range, so I planned to stop in one of the two campgrounds immediately south of Jenner.

The four of us started up the hill out of Jenner and then the fog starts rolling in. One of the cyclists in the group had a taillight, but the batteries were dead, so they called someone in their group with a car to pick them up. I wasn’t too surprised, actually, because I could tell they were mentally done with today’s ride when they were hanging out in Jenner. Traveling solo, that is not a luxury I can afford – one always needs to keep a little bit of gas left in the tank for the unexpected. So I turned on my taillight and continued. 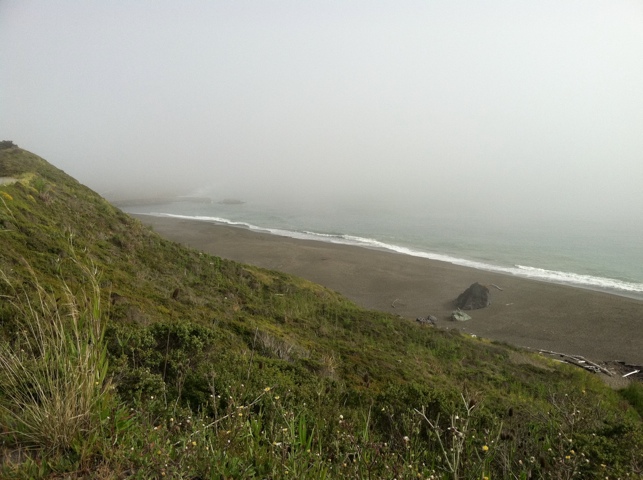 The state campground just south of Jenner was $35 a night with no showers. The staff said Bodega Bay was just six miles down the road and had $5 hiker/biker sites and hot showers. Obviously I continued on!