No one was in a real hurry to roll out quick this morning. It was overcast and a little misty, almost to the point of threatening to rain lightly overnight.  Also, we all had short riding days today – I was just going 40 miles to Olema, while the others were planning on riding to Samuel P. Taylor State Park, the last campground before the San Francisco metropolitan area.  In addition, this was a rest day for James and his group.

I headed out a bit earlier than the others since I wanted to get some breakfast. After Bodega bay, southbound Highway 1 turns inland, so the clouds gave way to sunny skies as I passed through the working class town of Valley Ford. 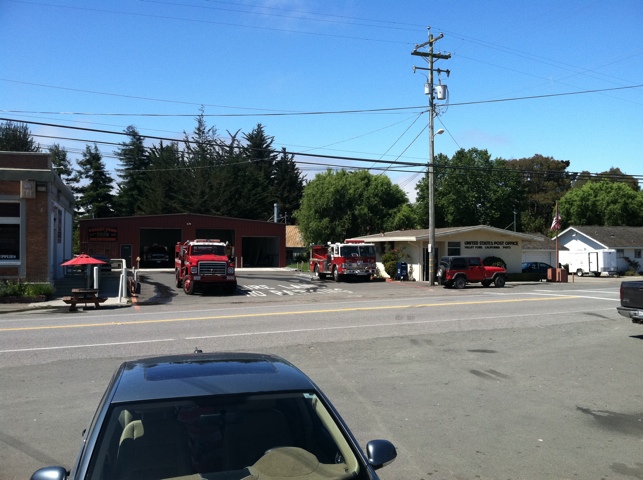 The terrain was rolling for this part of the route. 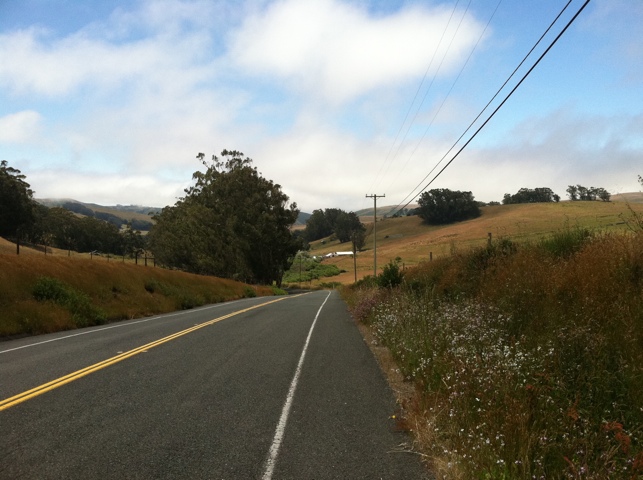 Tomales was a neat spot to stop and get a sandwich. I saw a bunch of older “roadies” – they were based at a friend’s house (in Petaluma, I think) for a week and doing different loop rides from there every day. 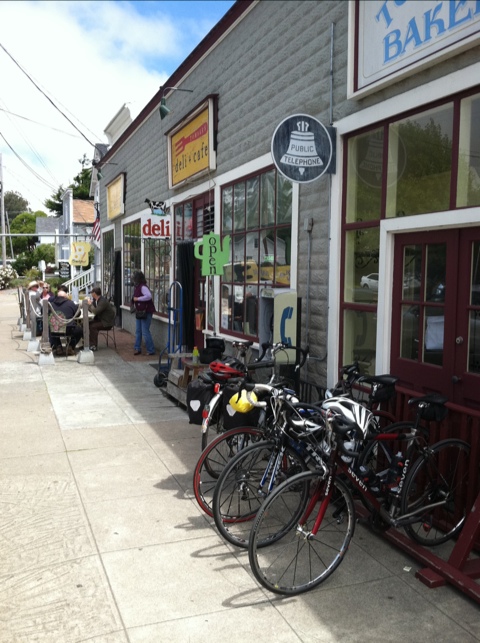 Just as I was about to leave, two others, Laura and Maya, rolled into town. Instead of coming in on Highway 1, they had taken one of the longer back ways from Valley Ford to Tomales. Not too long thereafter, Kevin and the others had rolled into town. 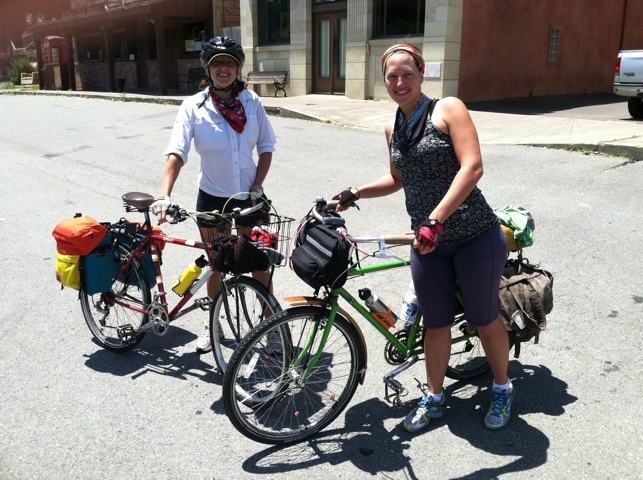 I’ve seen deer next to the road a couple of times on this tour. This was the first time I could pull out the camera quick enough to catch one (look really close in the center of the photo). 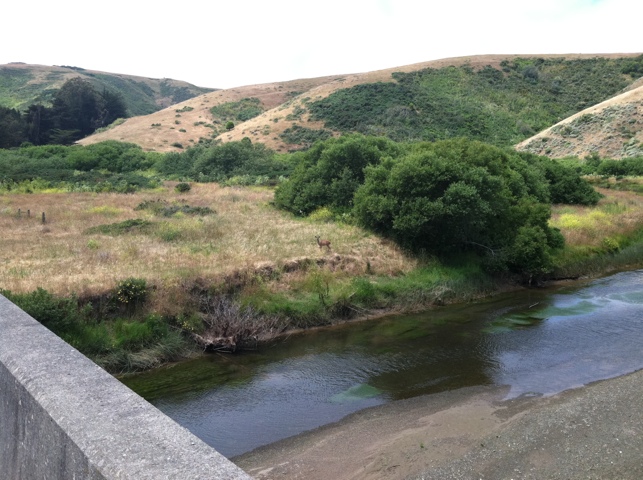 Then it was back to the coast again, this time in the small town of Marshall. 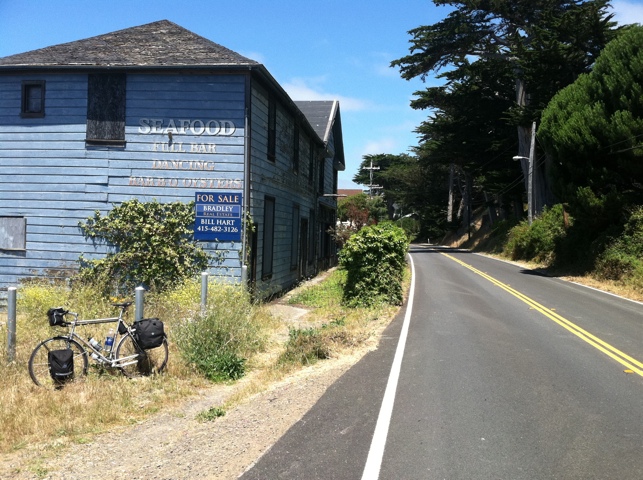 Gotta be more careful to get that thumb out of the way when taking photos on my iPhone. 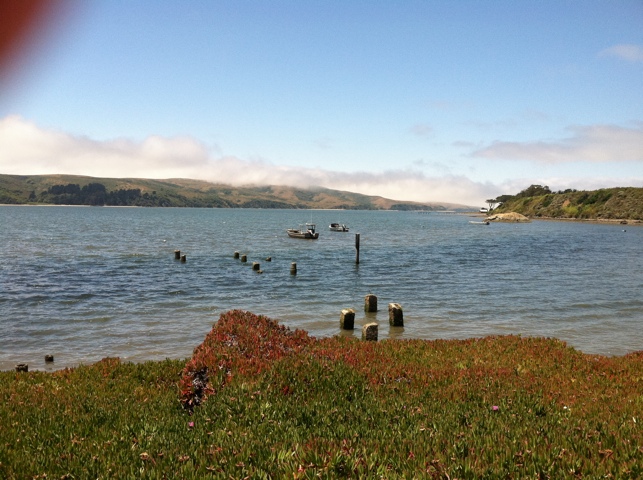 Climbing up a hill somewhere after Marshall, I noticed my back wheel seemed to be moving to the left a bit once every rotation. I stopped, propped the bike up on its two legged kickstand, and spun the rear wheel. It was hitting the left brake pad on every rotation, I wonder how long it had been doing that?  One of the spokes on the drive side had no tension – I had feared that it was broken (requiring removal of the rear gears to replace), but luckily it was just loose, so after tightening it I could ride much faster up the hills!

After rolling into Pt. Reyes Station, I stopped by to visit Amanda working at KWMR, the local non-profit radio station.  She gave me a tour and then told me about her “Bakersfield and Beyond” program. It features a different branch of country music than what currently comes out of Nashville.  When she mentioned that Dwight Yoakam and a couple of other names were the most popular singers in that category, it instantly clicked that this was kind of country music sound that my old college roommate liked. 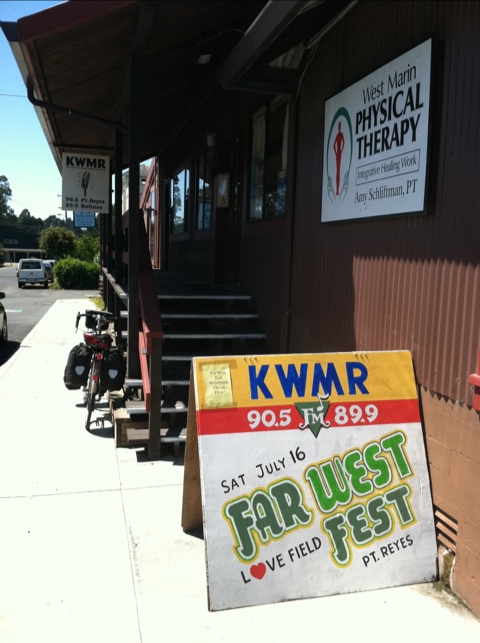 Amanda gave me directions to the bike shop in Pt. Reyes Station. I had Mike there fix up the rear wheel and I was ready to go! 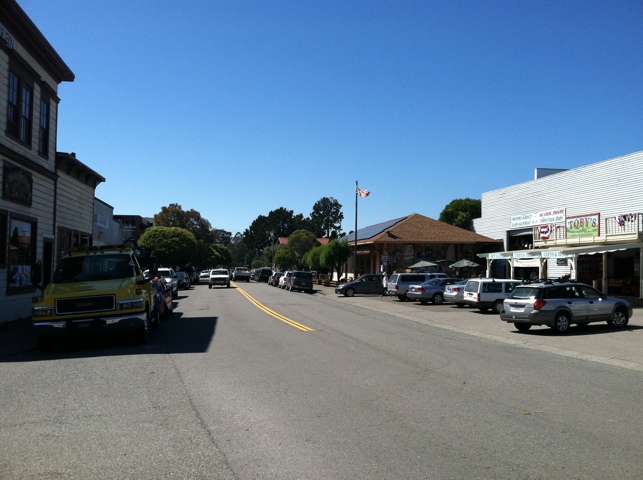 I then continued on to Amanda and Ken’s Bear Valley Inn, where I had a great stay. Amanda and Ken are also big into bicycling themselves, and so I got the 15% discount they give to guests who arrive by bicycle. Unfortunately, with needing to do laundry, take a shower, and have dinner, I missed Amanda’s radio show that night. 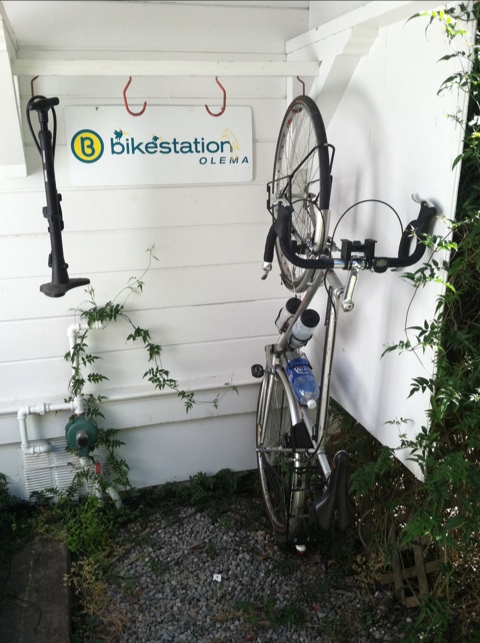