Lately I’ve been experimenting with handheld radios for activities such as keeping up with friends while bicycling, hiking, skiing, etc.

The FRS/GMRS “bubble pack” radios are the obvious choice, as they are common and inexpensive. They advertise a 35 mile range, but since they operate in the UHF frequency band (around 400 MHz), their range is dependent upon line of sight between the two radios. So if I’ve crested that hill on the bike ride, and you’re still on your way up, there’s no way we’ll be able to talk even if we’re 1/4 mile away from each other.

But enter the topic of GMRS repeaters. A “repeater” is a device that receives a signal at one frequency and re-transmits it at another. In Southern California, we have tall mountain peaks which tower over the relatively flat Los Angeles basin. Almost everybody in the area has a good line of sight of those peaks, and just as those peaks are perfect places for TV and radio station transmitters, they are also well suited for repeaters.

Being able to transmit at the right frequency to be picked up by the repeater usually means upgrading to a commercial grade radio. I paid a $100 for a Wouxun KG-UVD1P dual band (440 MHz and “2 meter” – more on that later) handheld, and my friend paid $60 for a pair of Motorola Talkabout MR355R handheld radios. Those Motorolas are one of the few bubble pack radios which are repeater capable. (Do note that use of GMRS frequencies requires a GMRS license from the FCC, and use of most repeaters requires the owner’s permission – both of which I have.)

So I did a test by calling my friend about 10 miles away.We have no direct line of sight to each other, due to the hills in between us. But we both have line of sight to the repeater located at about 5600 feet elevation (see map below). The question wasn’t so much whether he’d be able to receive from the repeater (as it has ample transmitting power), the main issue was whether the transmission from my handheld would reach the repeater. Though to our surprise, he heard me loud and clear! 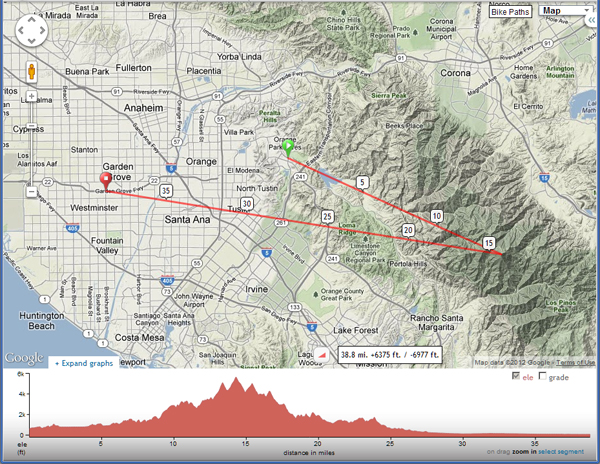 The second time we were about six miles away from each other. Again, we had no direct line of sight to each other due to the hills, but this time we decided to try the open repeater further away on Mount Wilson (see map below). Not only was I able to reach the repeater 30 miles away with my 4 watt handheld, but my friend was also able to reach the repeater with only 1.3 watts of power! That’s just about the only circumstance where the advertised “35 mile range” on the bubble pack radios is actually true! 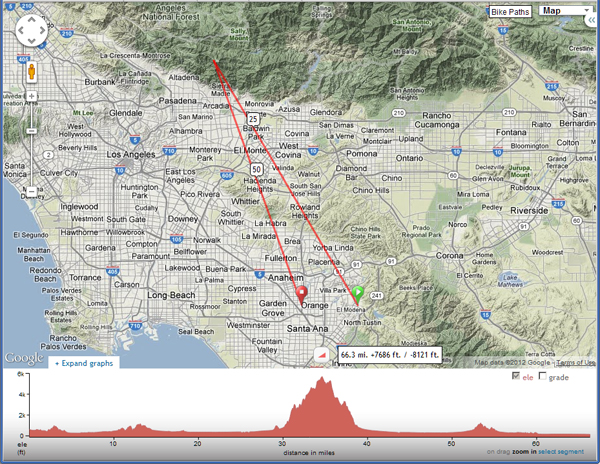 Many of the locals in the mountain town where I have my cabin are into ham (amateur) radio. I can understand why: GMRS is too limited in that terrain due to the line of sight issues with the UHF frequencies, while the VHF frequencies (such as the popular “2 meter” band) can “bend” (not the technical term) to a certain degree around hills and other obstacles. There’s also been times where a single outage has resulted in loss of all landlines, cell phones, and internet to town, but communication via ham radio is also possible. Not to mention a ten mile stretch of the “back way” drive to the cabin without cell phone access but with good ham access. All good reasons that have motivated me to study for the 35 question test for the entry level ham “technician” license.

I found a repeater (see map below) that I know I can hear from my cabin, but I’ll have to see if I can hear it from home. Perhaps that repeater will work to directly communicate between home and cabin? Stay “tuned” to find out after I get my ham “ticket”, as they call it… 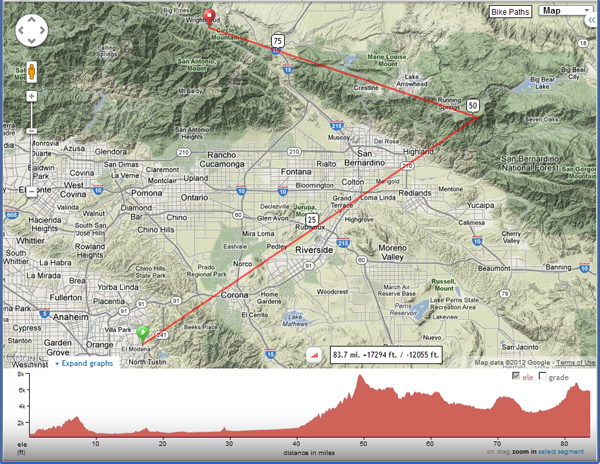