I recently installed a J Pole antenna on my roof, with great results. My main goal was to be able to hit the two main 2 meter repeaters also accessible from my cabin in Wrightwood: Keller Peak and Table Mountain. (On a side note, both of those repeaters were used for Friday’s Stage 6 of the Amgen Tour of California bicycle race, listening in was a great way to hear where the riders were while I was on the course waiting for them to arrive.) I was able to hit Keller Peak over 50 miles away, but was unsuccessful with Table Mountain.

A friend suggested getting a Yagi directional antenna if I was serious about hitting Table Mountain. Then I could aim the antenna towards the Cajon Pass to bounce the signals to/from there. He’s right, but I didn’t want to give up having a vertical omnidirectional antenna, nor did I want to deal with complication of multiple antennas. So I took down the J Pole and installed a Diamond X300A dual band antenna. It’s another omnidirectional antenna but with higher gain. Certainly not as much gain as a Yagi, so hitting Table Mountain would be a crap shoot, but even if I didn’t I would still have the benefit of a better antenna. 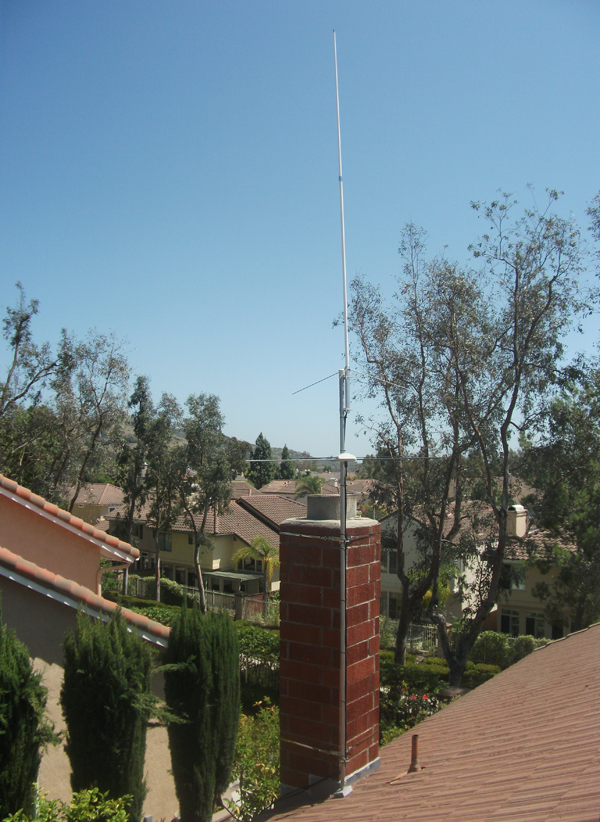 Here’s a photo from the front. It’s 20 feet from the ground to the roof line, then 10 feet of mast, and 10 feet of antenna, for a total of 40 feet. That’s still well below the 50 foot limit in the city codes, though arguably the 60 foot limit from the FCC takes precedence. I originally considered adding 5 feet of mast, but then raising it up would be a two person job, and I was also a bit concerned how it would do in a Santa Ana wind.  (Though in retrospect, it probably would have been just fine.) But even with the way I have it set up now, I still have 5 feet additional height compared to the J Pole. 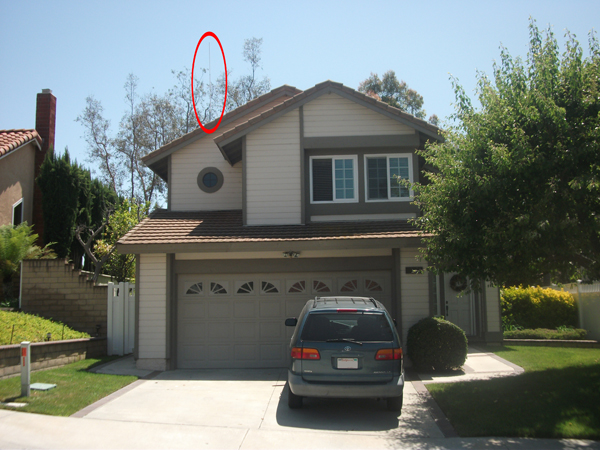 I was unsuccessful in hitting Table Mountain. But Keller Peak comes in with less static, so it’s still a win overall. 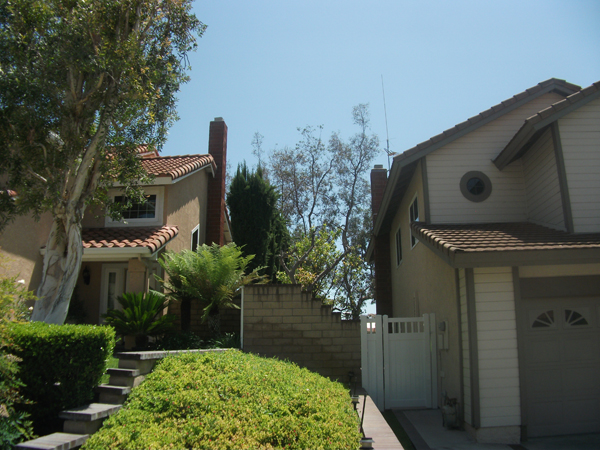 But the biggest difference was on 440 MHz. The J Pole is optimized for 2 meters, but is usable on 440. But with the new antenna, a friend reported I was crystal clear coming off one of the repeaters on Santiago Peak. My neighbor’s house (along with all the other houses on the street) is in the line of sight between me and Santiago Peak, certainly an extra 5 feet higher must have helped a bit. 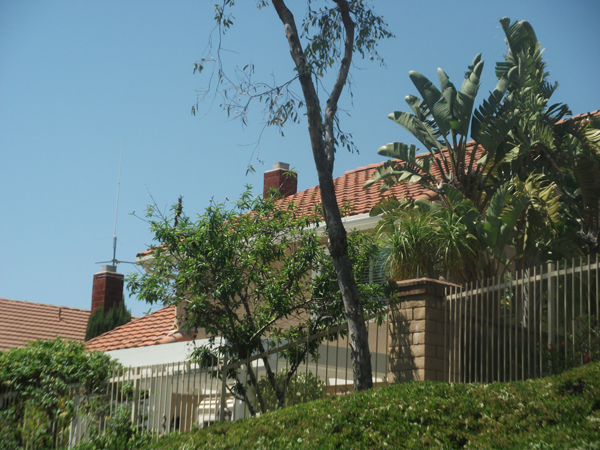 I live in bottom of a plateau in the hills, sort of like the bottom of a bowl. And my neighborhood is another bowl within that bowl, and I’m in the bottom of that too. So it was nice to get some additional antenna height. My antenna is the white vertical in the right half of the photo below. 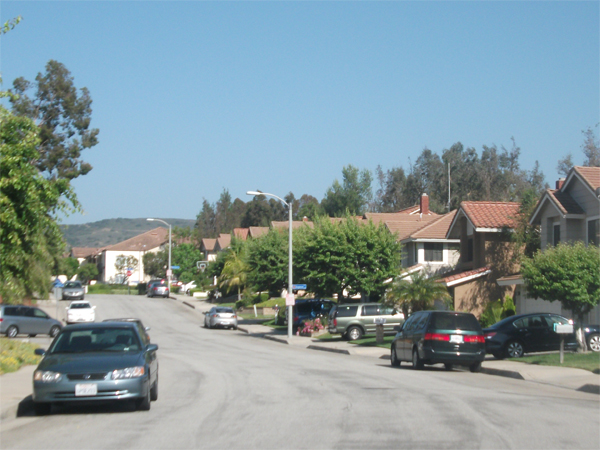 I also raised my J Pole antenna at the cabin in Wrightwood by adding 5 feet of mast. It seems to be pretty steady even with the eave mount holding the mast in two places just inches apart. So now I’m regretting not adding 5 feet of mast at home to raise that antenna up even higher. 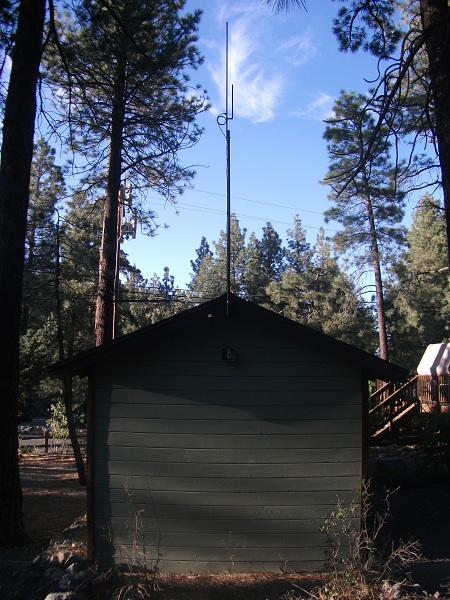 Here is the same antenna in “stealth” mode hiding among the trees. 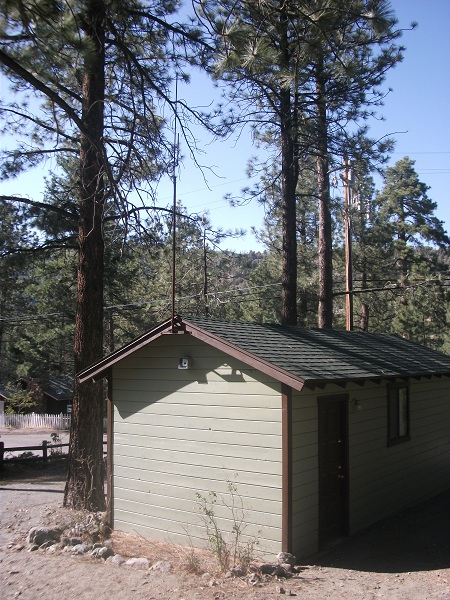