Now I that I picked up a dual band radio for home, the 2 meter Kenwood TM-241A mono band is going up to the mountain cabin. This Kenwood uses a 3V battery soldered to the front control board.to store the memory presets. Before I go through the trouble of programming all the presets, it would sure be nice to do it with a fresh battery. The radio is over 15 years old, and my guess was that it was unlikely that the battery had been replaced.

I found these instructions on how to change the battery on older Kenwood transceivers. These instructions were not specific to the TM-241A, although they worked pretty well. At times, the specifics were a little different, such as only needing to remove two screws when the instructions said three. The only headache was removing the nut from the microphone jack, so that I could remove the front plate. There’s probably a special Kenwood tool for that, but I was able to unscrew the nut with a pair of pliers.

Since I didn’t couldn’t find any disassembled TM-241A photos online, I thought I’d share a few of mine. Here’s the radio with the top and bottom panels removed, which was necessary to remove the front plate to get access to the front control board shown below. 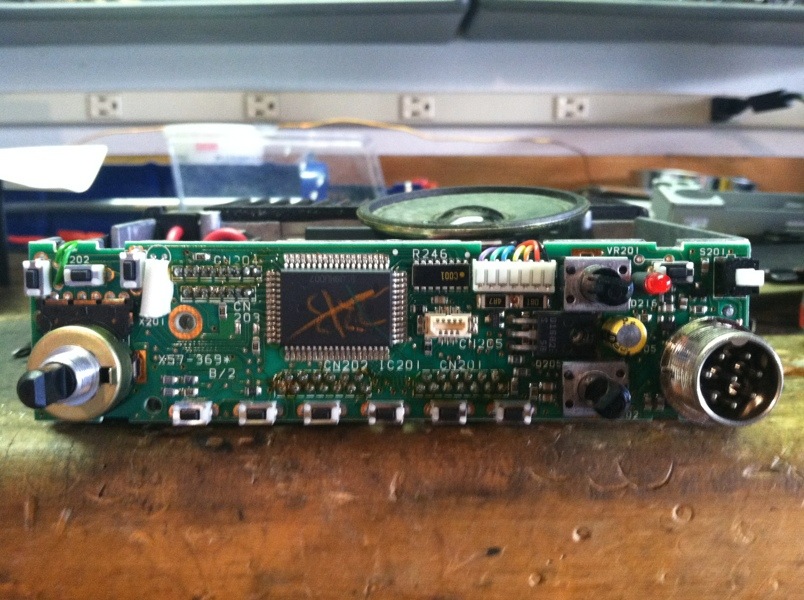 Turning around the front control board, you can see the battery soldered to it. The positive terminal is on the left, and the negative terminal is on the right, though you should check for polarity with a multimeter just to be sure. By the way, I only had 1.6V left on the 3V battery, so I’m glad I made the effort to open it up the radio and change it! 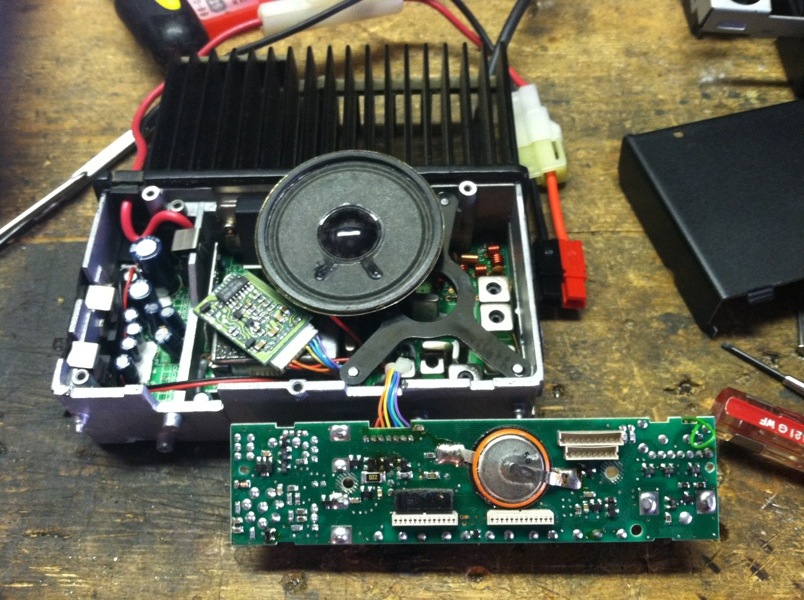 I unsoldered the battery from the front control board. The new battery is in a Radio Shack CR2032 battery holder, in the main compartment on the left, so only the top cover needs to be removed to change the battery next time. I just wrapped it in a sea of electrical tape, because I won’t be back in there until the battery dies ten years from now. I’m not sure how that battery and wire just hanging out there like that would hold out for mobile use in a car. But I’m using the radio as a base unit, so I should be OK. 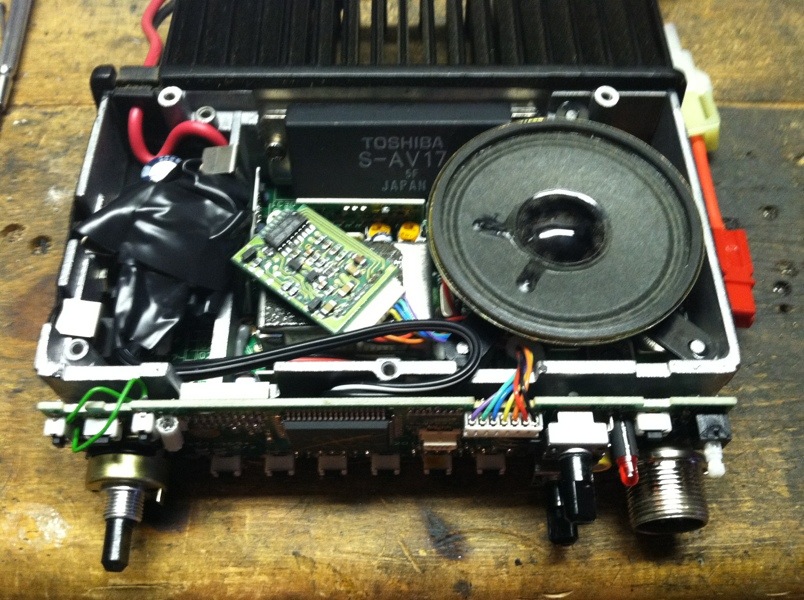 I put everything back together, crossed my fingers, and everything worked! I didn’t fry anything from the soldering/desoldering. Next up will be replacing the battery on the dual band unit, which looks to be more of a challenge as there will be less room to relocate the battery.