As I mentioned previously, I got a new (to me) dual band radio for home, so now I’m setting up the Kenwood TM-241A at the mountain cabin. First, I drilled a mystery hole above the workbench in the garage. 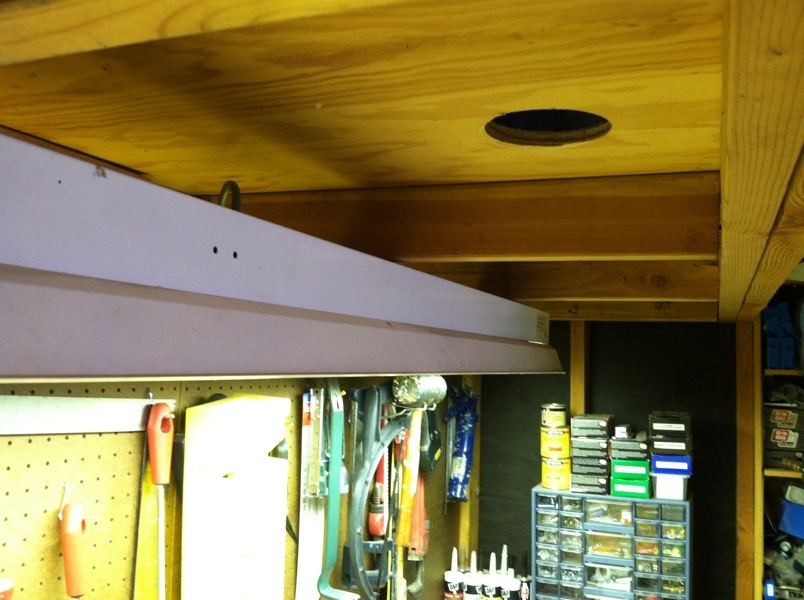 Then I took down the old mast, removed the old J Pole antenna, and attached a new Diamond CP22E antenna. Yeah, it’s only a mono band, but it’s also only $50. It’s sitting on the sawhorses below while the spray paint dries. 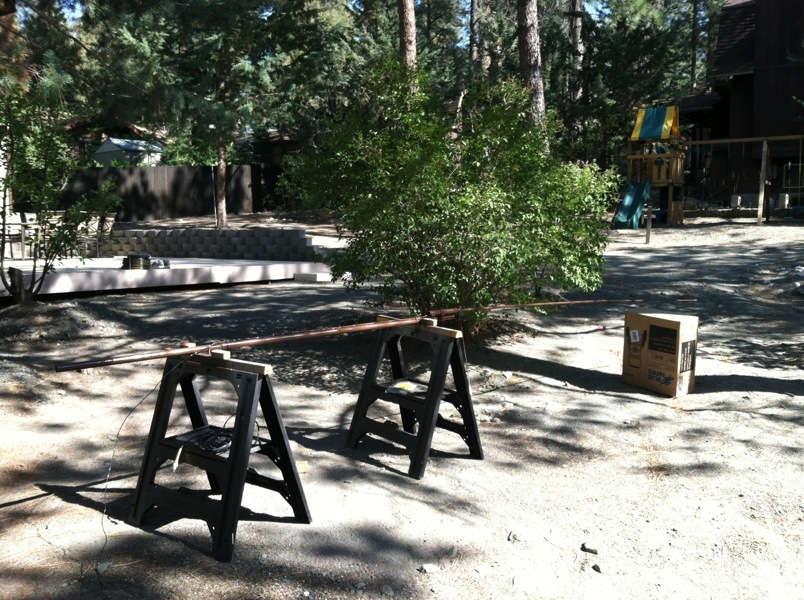 A closeup of where the antenna attaches to the mast, even that gets spray painted. 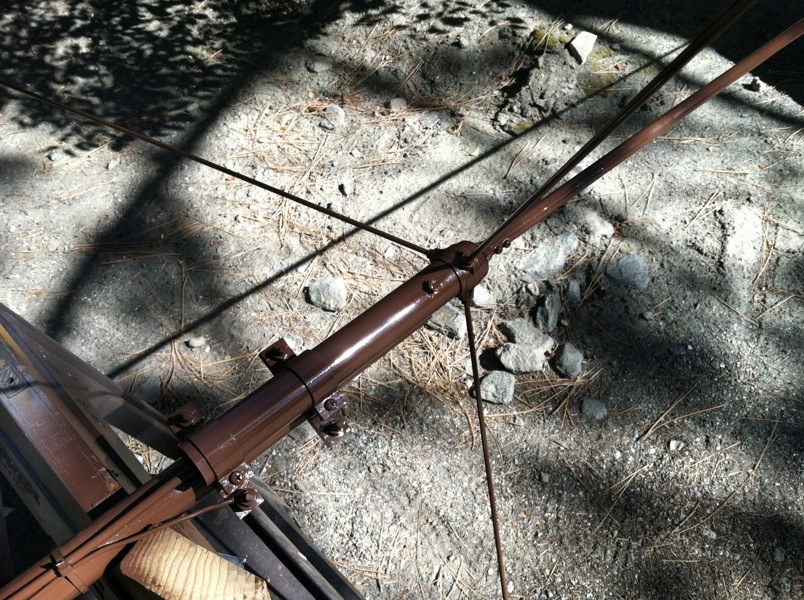 Homemade shelf for the power supply, with space on the right for the extra cables. 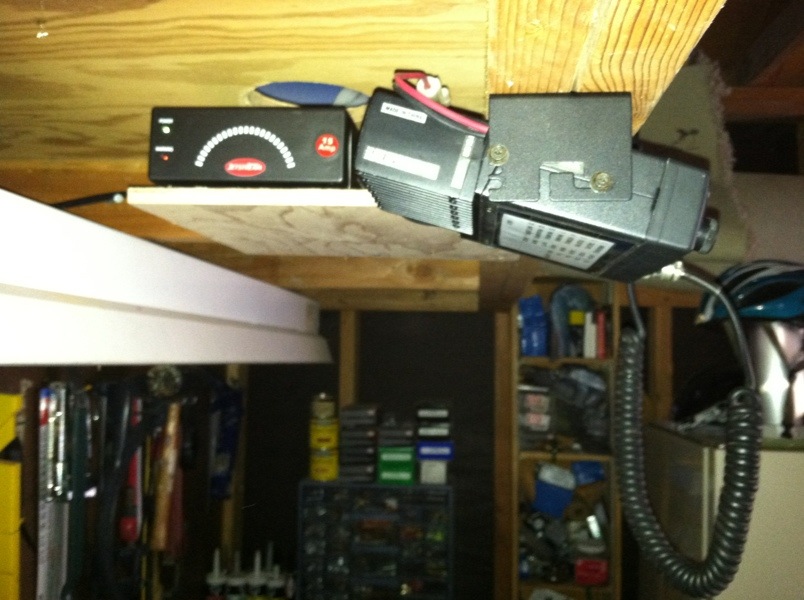 Here is the setup from the front. I had some extra coax and put it in a loop (near the old satellite dish). 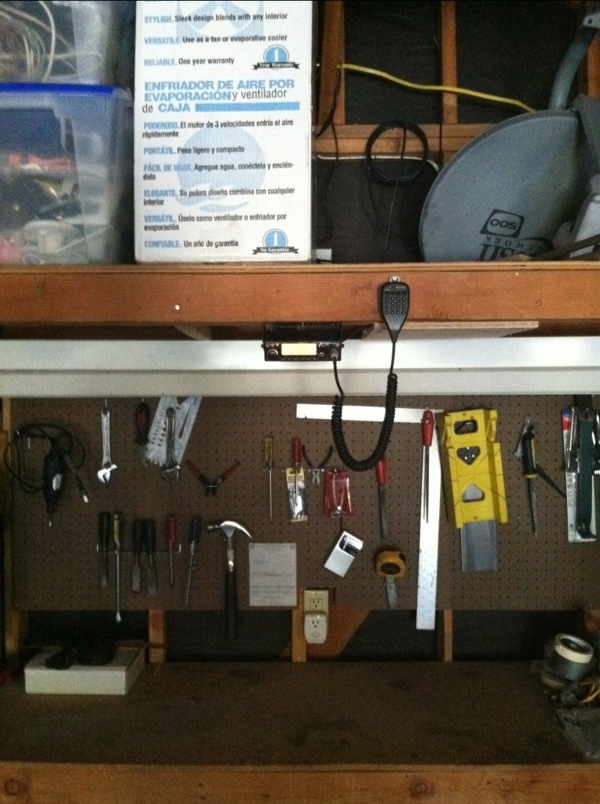 The final install has about 8 feet of mast and 10 feet of antenna. The eave mount doesn’t show up well in that lighting, but it’s visible in previous posts. If I could do it all over again, I wouldn’t have wasted the money on an eave mount and used a tripod mount on the roof. But I figured the eave mount was already a sunk cost, and it’s holding a $50 antenna rather than a $200 antenna, so I’d stay with that for now. 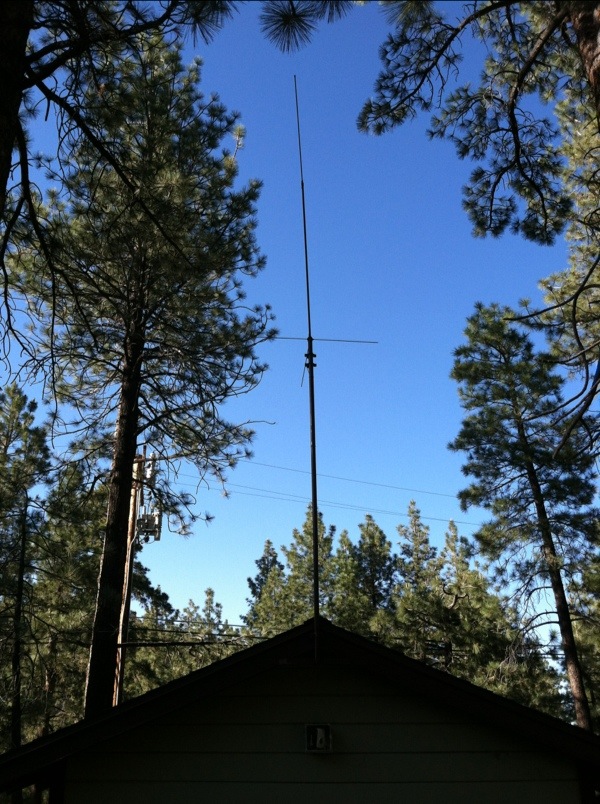 The antenna is almost invisible among the trees. 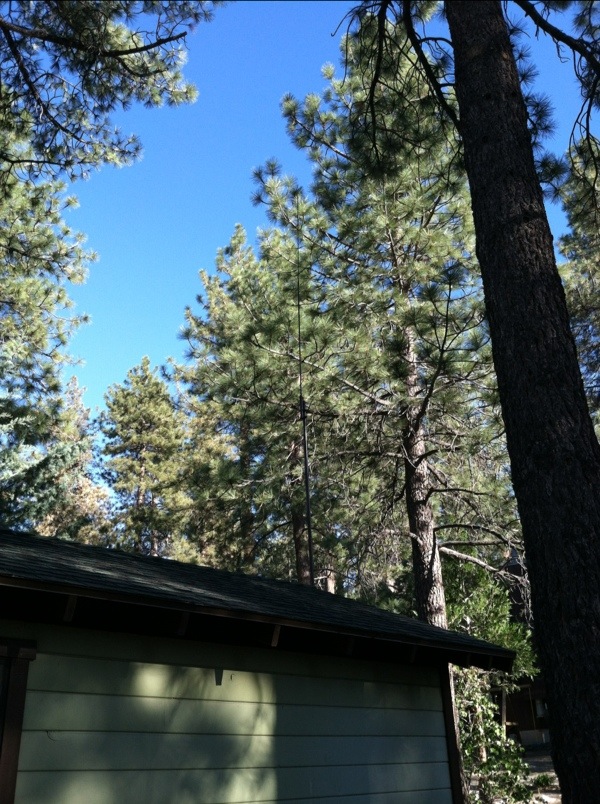 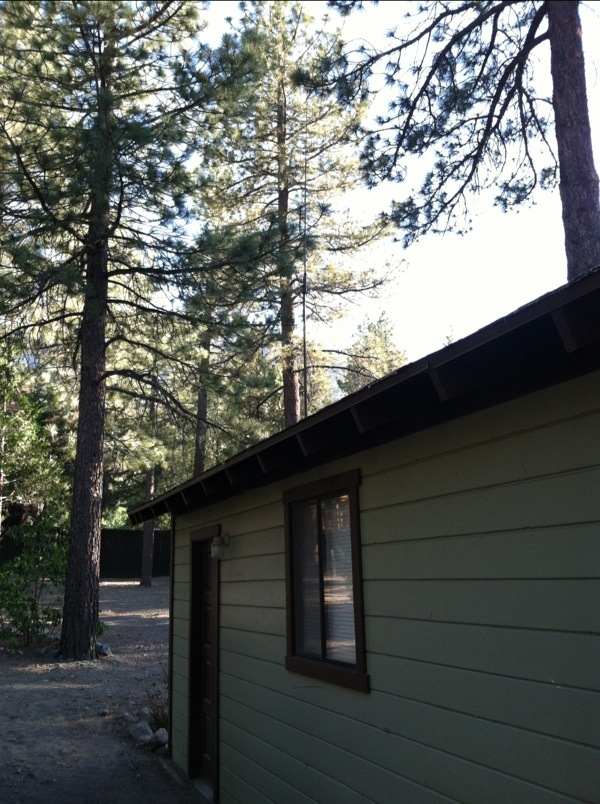 By the way, in case you were wondering why I drilled a hole on the shelf – it’s so that the vent fan on the power supply has somewhere to blow! You can also see the electrical outlet used for the power supply and the webcam. 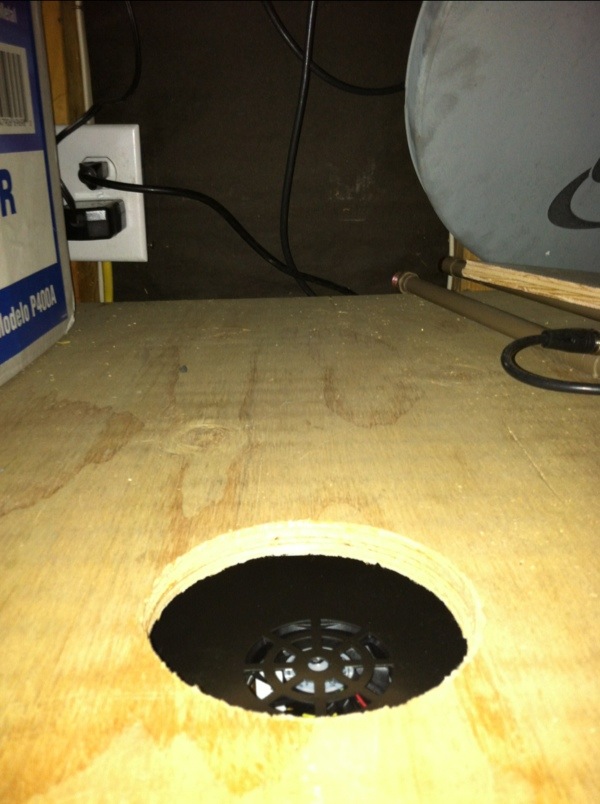 By the way, this antenna and radio combination is working great so far!