In my previous post I talked about getting a SIM for AirVoice Wireless, which is an AT&T MVNO. Here’s some screen shots from some data speed tests up by my mountain cabin, which only has 3G service.

Text message after putting the SIM in the phone. Guess they defray their costs with advertising! 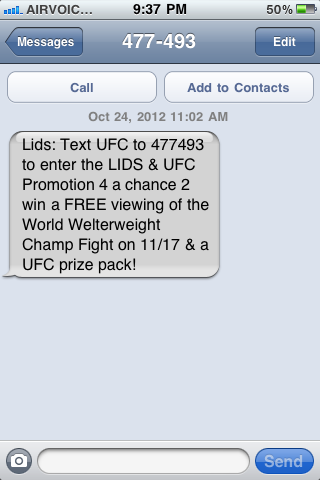 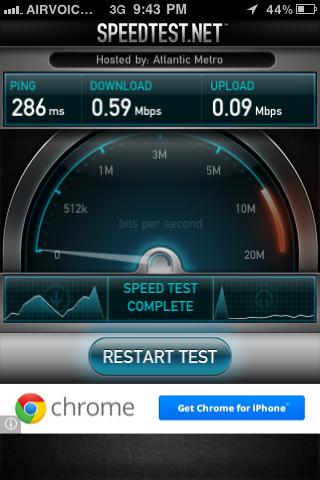 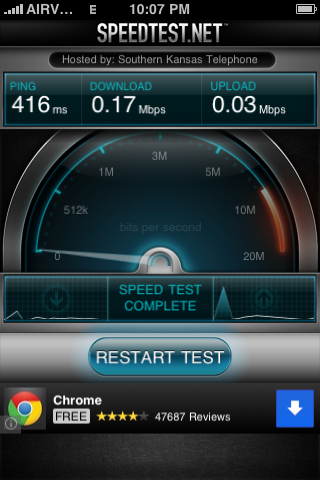 Now compare those to my Verizon iPhone 4: 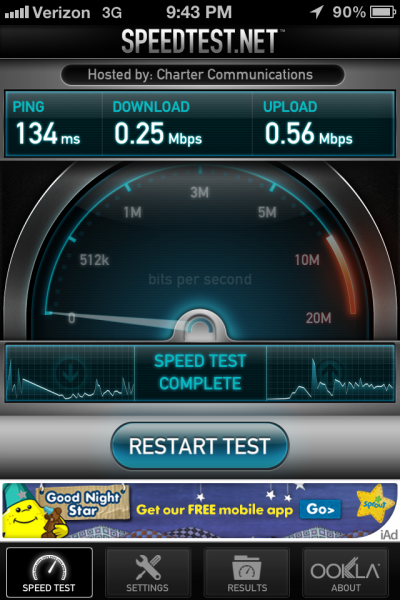 I used to get much faster data – around 3-4 Mbps speeds – when I used to have AT&T with my old iPhone 3G at this same location. It seems to me that even though AirVoice is using the AT&T network, speeds may be throttled. On the other hand, my current Verizon iPhone 4 isn’t doing so well either. So I think when I upgrade to the iPhone 5, I’ll get the AT&T version, as its 3G may be faster than Verizon’s 3G in my non-4G area at the mountain cabin.