A long while ago I wrote a post titled “Road Bicycling Near Disney World” – and for some reason only now thought of writing this companion post about recreational/training rides near Disneyland here in my backyard.

A similar preamble to that post applies here: If you’re a cyclist who’s stumbled upon this post, you’re probably in a similar situation as mine (if I didn’t live here and were visiting from out of town, that is). You have a family vacation to Southern California, which isn’t a bad thing, but clearly the cycling takes a back seat to the Disneyland and other activities. So what’s a cyclist to do?

Despite the strong disincentives (both the packing and the airline fees) to taking your road bike on the plane (because a loaner beach cruiser found locally won’t cut it), as well as hearing you’ll be in a more heavily trafficked area than you’re used to at home, you still want to sneak in early morning rides before spending the day with the family activities. Perhaps you’re visiting from a winter climate where you can’t ride because of the snow, and some outdoor riding – ANY outdoor riding – is needed to restore your sanity.

My original intent behind this post was to come up with a few ~20 mile routes which one could do straight out of your hotel room. Now the need for such is rather moot, as MapMyRide, Ride with GPS, and other websites now have the ability to search for rides by area. But I’ll still give a few general suggestions to point you in the right direction.

Short rides – The best place in the area for a short ride would be the Santa Ana River Trail. This is a 26 mile long paved bike/ped trail, with no street crossings (trail goes underneath the roads), and it’s only a couple of miles from Disneyland. Just ride from your hotel to the trail (pre-plan the best route, or even drive the bike there), go north or south on the trail, and retrace your steps back. Here’s an example of a ride to the beach and back, a 30 mile round trip. 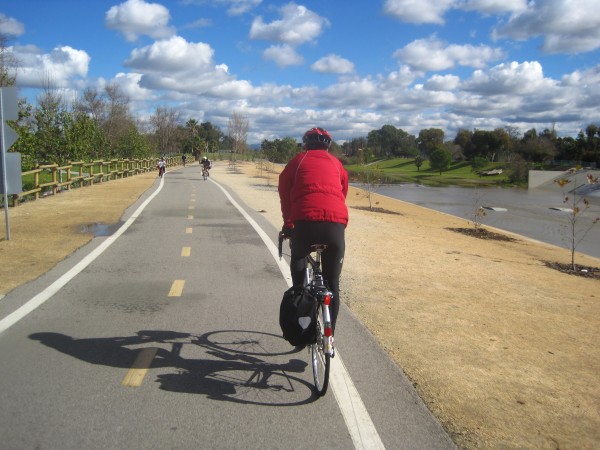 Longer rides – Now there’s some opportunities to be a little more creative and get to some of the better (IMO) riding areas, in many cases using the river trail for the return. Pacific Coast Highway is a popular place to ride, and is easily accessible from the river trail. Here’s a 52 mile ride using some bike lanes and trails in Irvine to get to the coast, then returning via the river trail. Finally, this 52 mile ride goes through the rolling hills of Santiago Canyon, it’s nice to have 12 miles without a traffic light so close to suburbia! 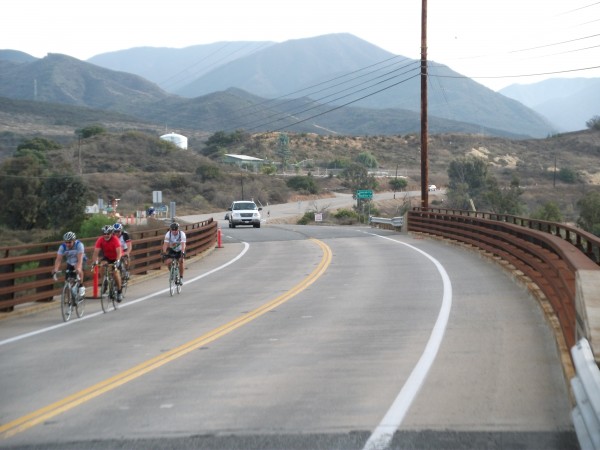 Do your homework before you come, but wherever you decide to ride when you’re here visiting, enjoy!