I bought the Wilson Sleek 4G-V in order to boost my Verizon 4G LTE cellular signal at the mountain cabin. But first I gave it a try at home. It’s designed for mounting in a car, but I also bought the separate Home/Office Accessory Kit which includes a desktop cradle, a suction cup window mount for the antenna, and an AC adapter. Here is a photo of everything except the carrying case. 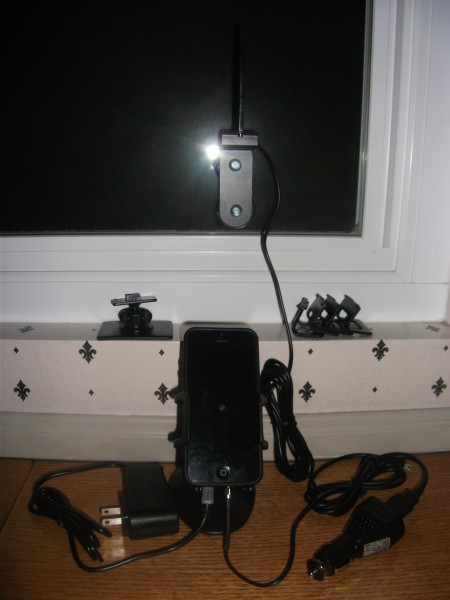 Here’s the speed test before connecting the antenna and plugging in the AC adapter: 4 bars, RSSI -90 dbm signal strength (the latter as measured through the Signal jailbreak app). 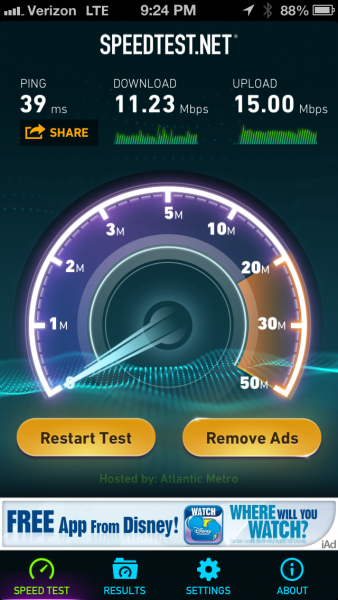 Now here’s the speed test after connecting the antenna and plugging in the AC adapter: 5 bars, RSSI -70 dbm signal strength. 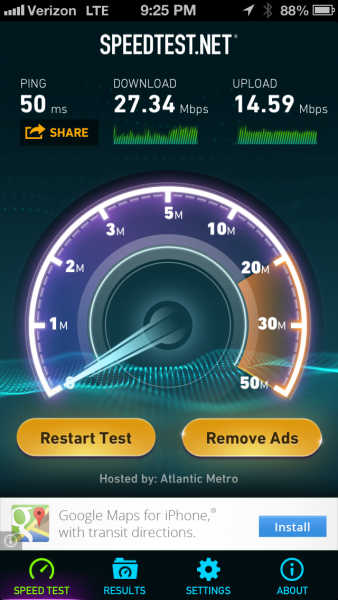 Now that test wasn’t completely scientific, but still pretty impressive results, even with an already good signal before using the Wilson Sleek 4G-V. I can’t wait to try it at the mountain cabin! I’ll update this post after I do so…

I did some testing at the mountain cabin. Here’s the Speedtest results for a bunch of different configurations:

I think it’s safe to say that the Wilson Sleek gives an indoor signal boost equivalent to standing outside at the same location. While this is a significant improvement in signal strength, I really need a rooftop antenna and to relocate the Sleek to a different location inside the house in order to get the better signal and faster download speeds. But then that would put the Sleek too far away from the MBR95 router, resulting in a degradation of the Wifi as WAN signal.

So now I’m thinking of something that will boost the signal to the entire house. There are expensive amplifier/antenna systems out there for that, but I think something simpler like the Wi-Ex YX550 should work for me. I’ll keep the Sleek for travel, though.