Today was the travel day to Oregon. To recap, I shipped the bike to Portland via Amtrak, shipped a box with my gear to FedEx, and then take a single pannier on the flight with me. The original plan was to retrieve just the bike upon arrival, load the pannier and ride around town for a while, and finally retrieve the box before catching the bus to Astoria. But then several on the Adventure Cycling forums suggested that the bike would best be left in the box for the bus ride (even though they accept unboxed bikes) and that I walk or take light rail around town. 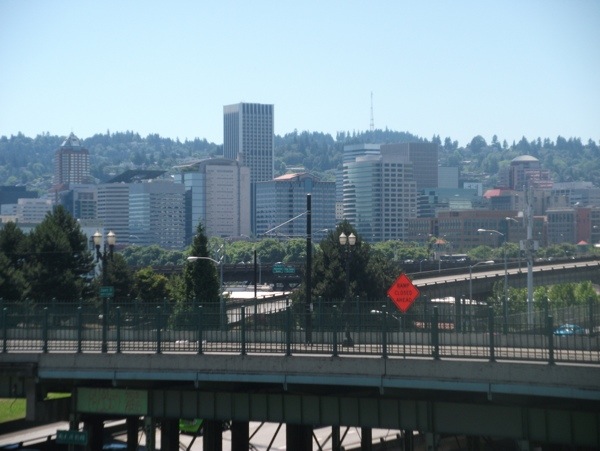 Unfortunately, that pannier with just a single shoulder strap didn’t work out well with a relatively heavy load of things (such as bike shoes) not needed for walking. So I sacrificed the backpack I bought in Australia almost twenty years ago. (Ironically, I bought that backpack in order to end a bicycle tour, but its end of life will allow me to begin another bicycle tour.)

I found a couple of good iPhone apps to help me get around town: thetransitapp.com and Maplets. There’s a lot of transit apps, but the former had the easiest, most intuitive user interface. The latter typically just provides access to existing maps (bike, transit, and others) produced by public agencies, but they are easily zoomable and downloadable for offline use.

Portland was a convenient airport. They had a bike assembly area, which is right next to the light rail which goes downtown! 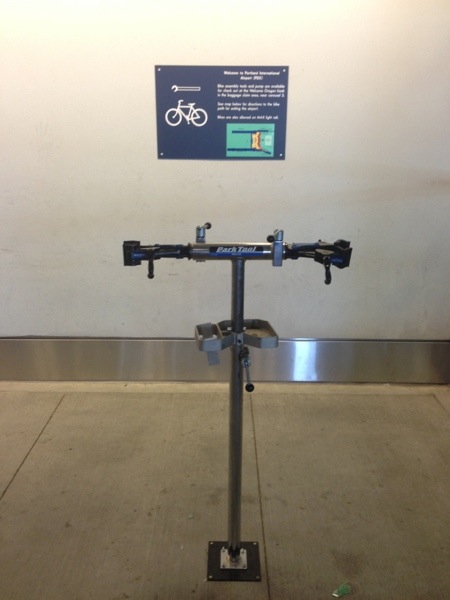 Even with my flight delay, I originally was thinking I’d have plenty of time between the flight landing and the time I had to catch the bus. But Portland was in the middle of a heat wave – 95 degrees in the afternoon – and that limited the speeds on the light rail, causing delays to the trains. So this ended up being an afternoon death march in the heat, first to the Amtrak to make sure the bike arrived, then to FedEx to get the box of gear, then back to Amtrak to get the boxed bike. Don’t forget lunch and water breaks somewhere in there. Good thing I left the bike in the box, as I wouldn’t have had time to ride anyway! 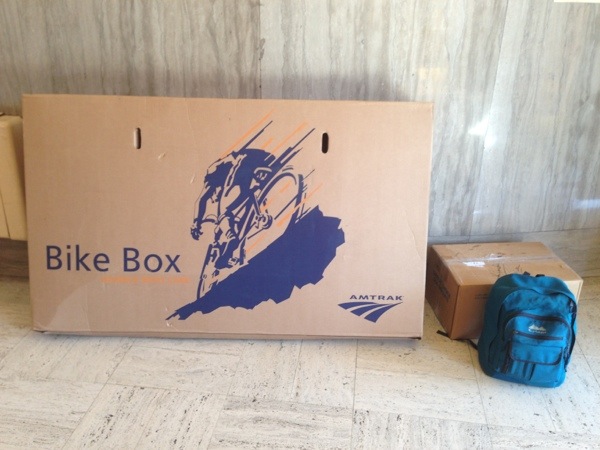 Then it was on to the bus to Astoria, which is at the Washington/Oregon state line. The “normal” bus – which at least looked nice in the pictures – had broken down, so they sent us one which wasn’t as good. The A/C couldn’t keep up, and no free Wifi on this bus. But we still arrived at 8:45PM, plenty of time to beat the sunset.

There was one other bicyclist on the bus. He (I forgot to get his name!) flew up from Northern California and he was starting a ride from here out towards Montana or Colorado. It was nice of him to stay with me while I put together my bike (not a big deal, just had to put the handlebars and pedals back on) and randomly threw stuff from the box into the panniers (it would be repacked again later anyway). I didn’t even bother to raise my seat for the 1/2 mile ride to the hotel.

After checking into the hotel, I threw the bike in the room and then ran off to see the sunset before finding dinner. Sunset is officially 9:10PM here, but it stays light after that. 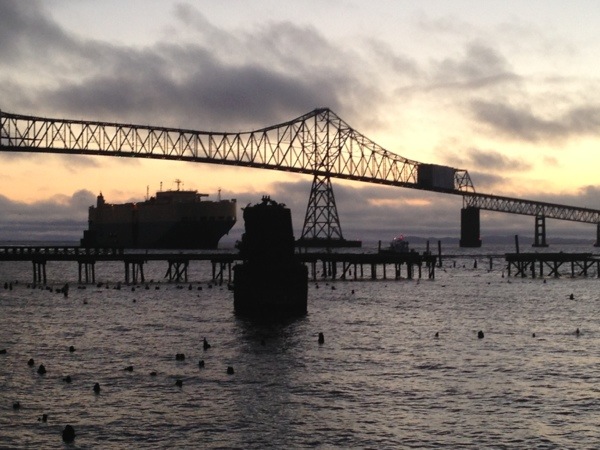