After breakfast I went for a walk to downtown Astoria. 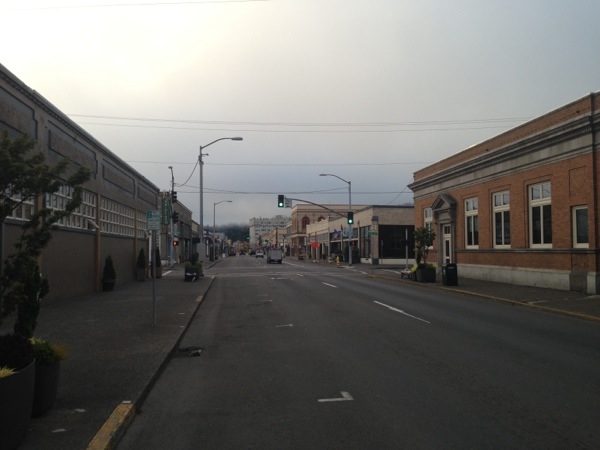 Yes, not much going on here. 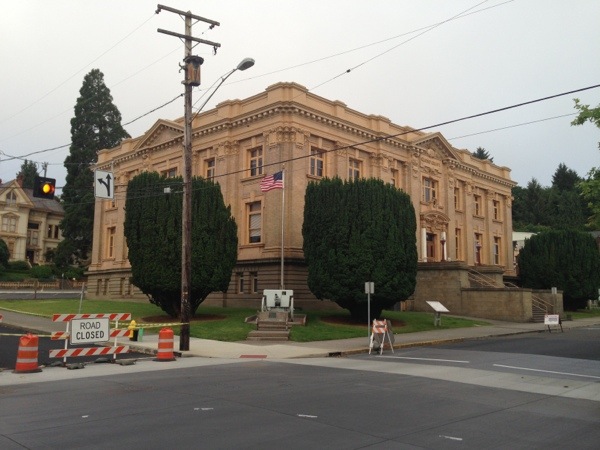 This gazebo on the riverwalk made a good starting point for today’s ride. (Perhaps it will also make the end point for a future Vancouver to Astoria ride?) 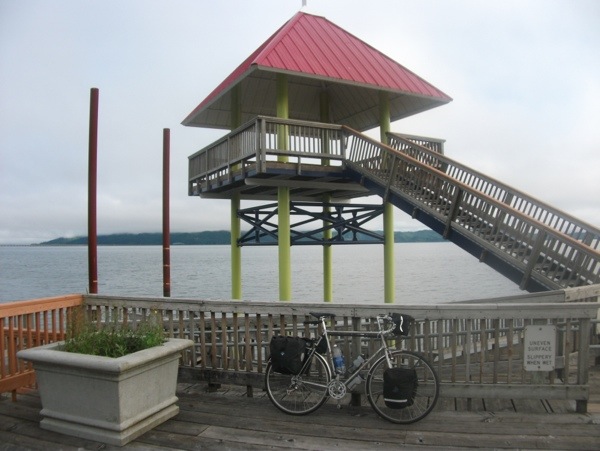 After a few wrong turns off the riverwalk, I found my way back on course. Adventure Cycling’s routing through Fort Clatsop Road was much more interesting than staying on the “official” route on US101. 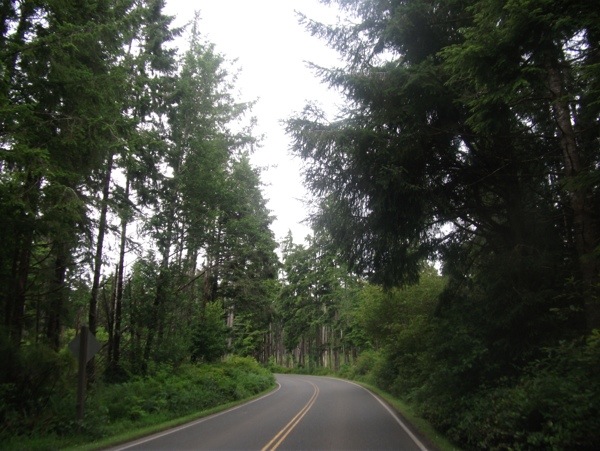 Same goes with their Lewis and Clark Road routing. 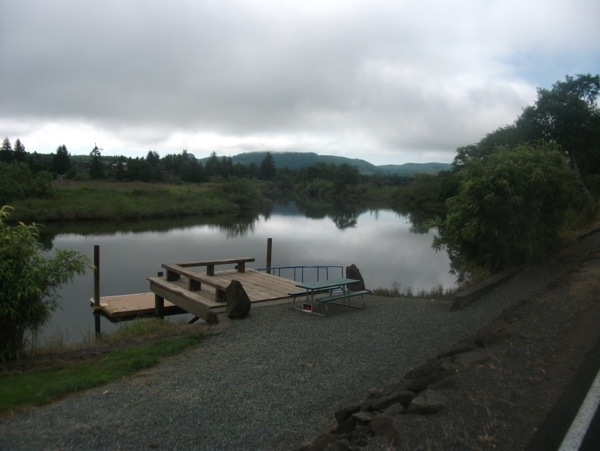 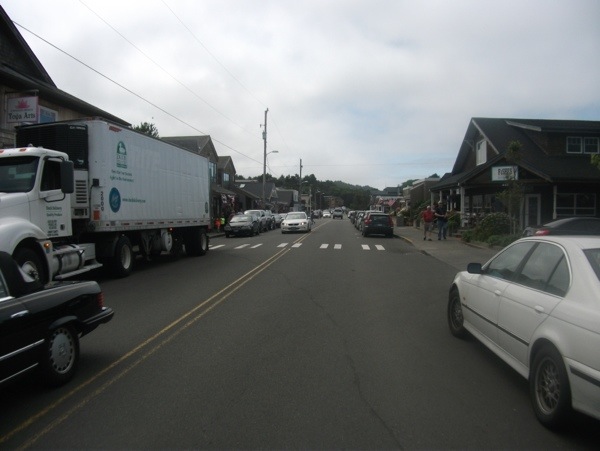 So Paul parted ways, while Clint and I continued. Clint had only rear panniers, as his dad came along on this trip, but driving. Normally, I’m not a big fan of having a SAG (support vehicle) when my original plan was to ride self contained, as it can change the character of the trip. But in this case, his dad driving was really more like someone to meet up with at the end of the day rather than a SAG, so it was OK. 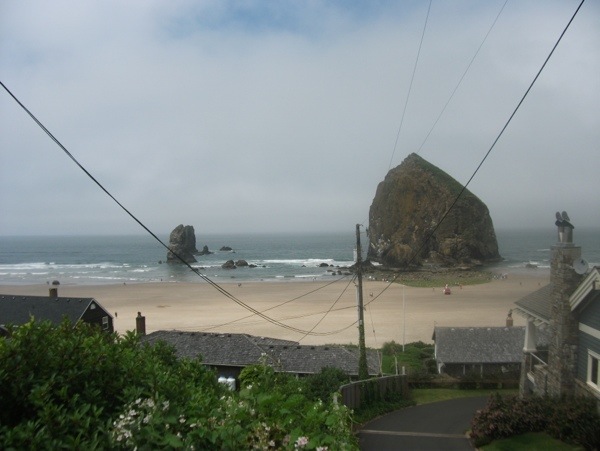 After Arch Cape, we made it to a tunnel. There’s a bicyclist push button to activate the flashing warning lights to indicate a cyclist in the tunnel. (The lights were flashing on the other end when we got out, I believe the timer is set based on a 10 mph speed, and we were going faster than that for sure.) 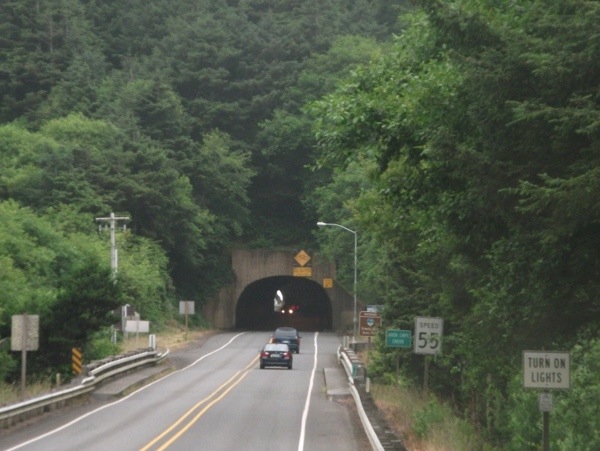 And then it was a downhill to Manzanita and then lunch. Well, one place had a line out the door, and the other place was too pricey and didn’t have the kind of food that was good fuel. OK, so make that lunch two miles away in Nehalem. 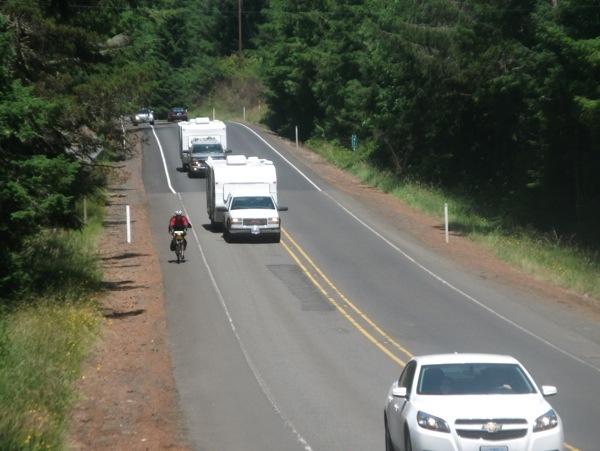 There’s some nice views of the beaches as the road wraps around Nehalem Bay. 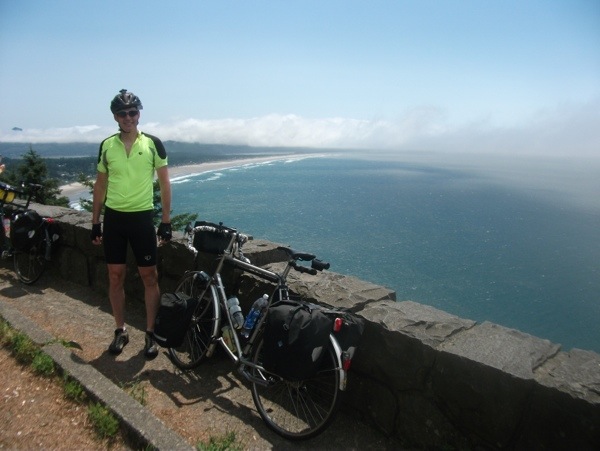 The road got a little rougher as we made our way through Rockaway Beach. 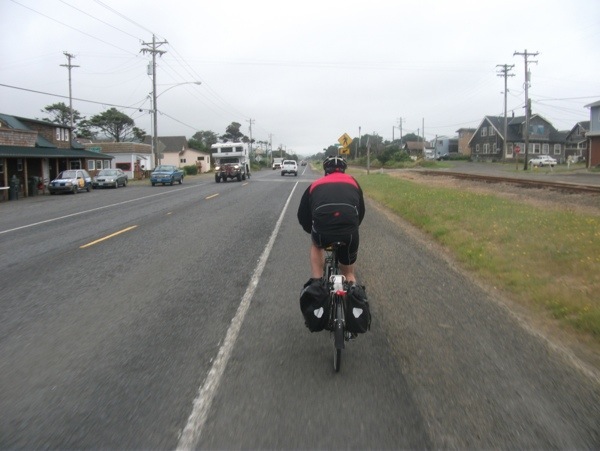 The nice thing about the Eye-Fi card which lets me transfer photos from my digital camera to my phone is that I can set the digital camera in “sport/motion” mode, point and shoot while riding, and yet still post photos like this on the blog. 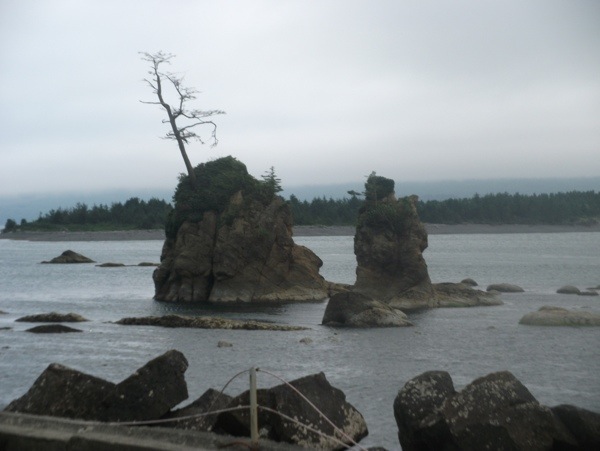 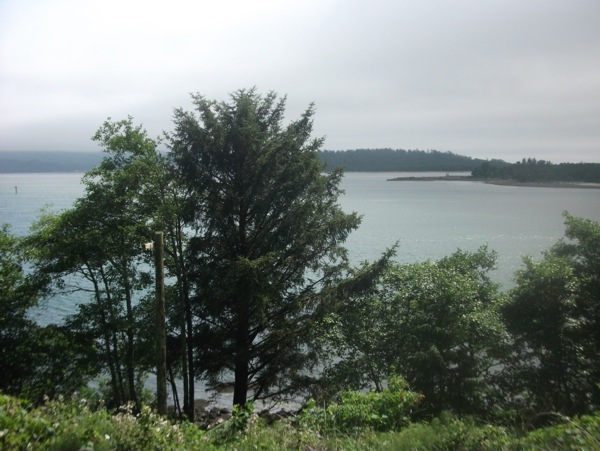 Although we didn’t get above 800 feet elevation all day, I think this was the flattest part of the ride (at least outside of the towns). 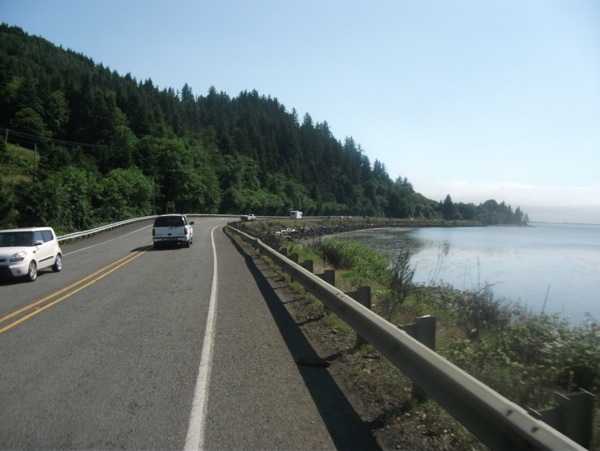 The “official” route is marked with Oregon Coast Bike Route signs all along the way. 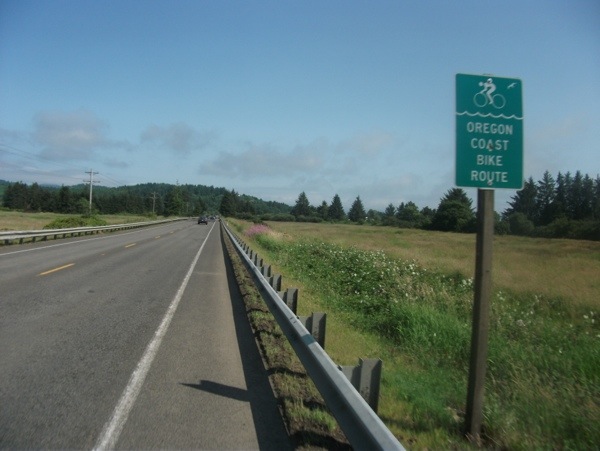 Finally made it to our destination in Tillamook. We stopped at the cheese factory for a self guided tour and free samples. Though they were also selling a lot of ice cream. 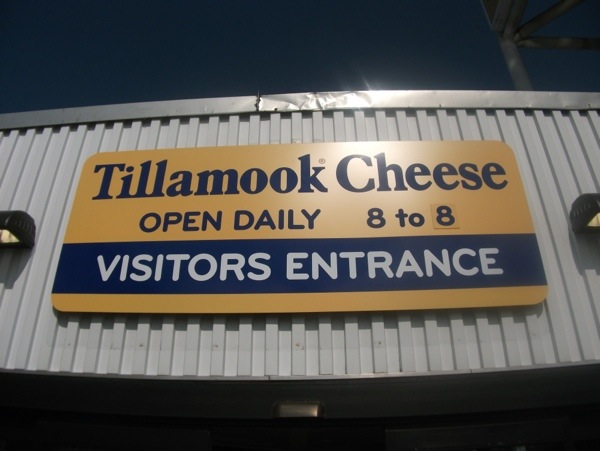