Long day today. So this report will have more photos and fewer words.

Clint and I decided to ride together again today. We’re pretty evenly matched as far as speed and daily riding distance.

Unfortunately, the Cape Meares Loop was closed due to slides. So we had to take the Netarts Highway alternate route, which wasn’t too bad first thing in the morning. 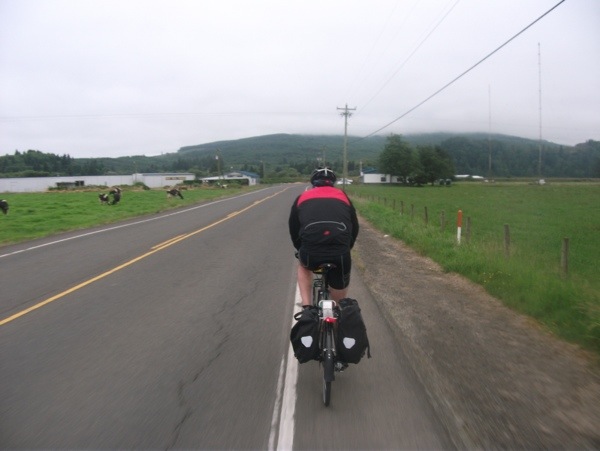 Finally we reached Cape Lookout State Park on the Three Capes Scenic Route. What a treat compared to US101! 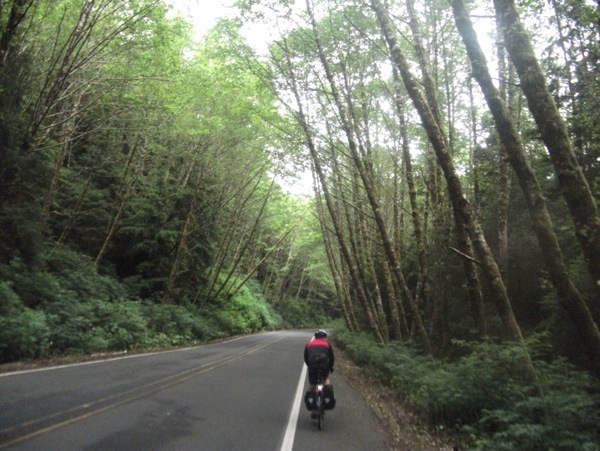 Some steep uphills forced us into our lowest gears. That’s when we met Jay, David, and Jeff from the midwest. Their blog is here. 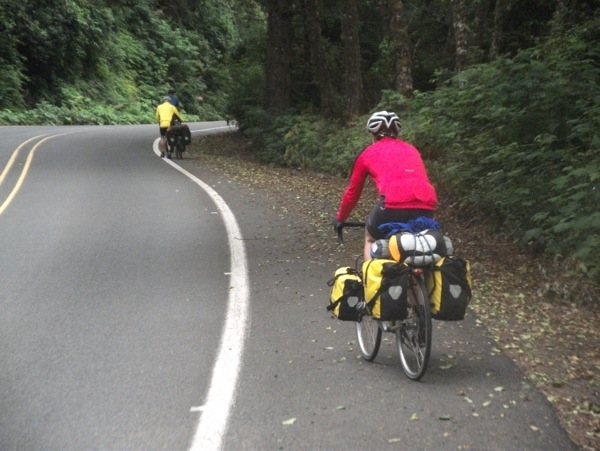 The views from the top were well worth the steep climb! 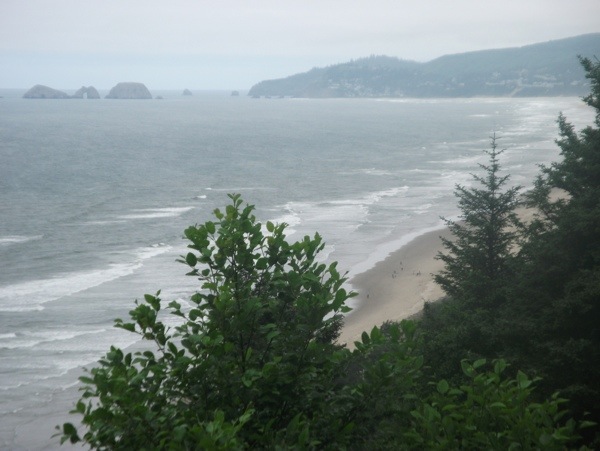 And then some screaming downhill which almost made up for the uphill. I got video of Jay, David, and Jeff, but that will have to wait until I return home. In the meantime, here’s a still image. 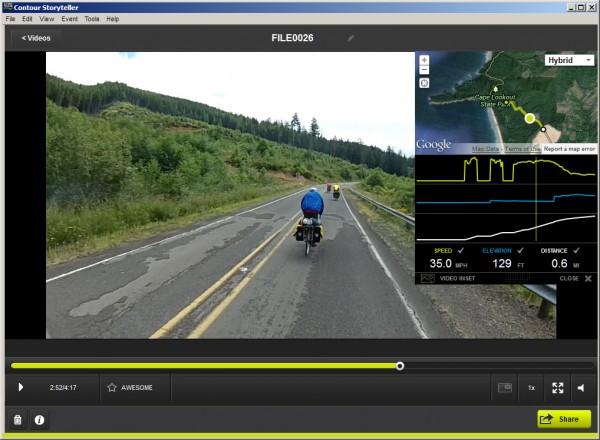 But a surprise after the downhill was seeing the sand! 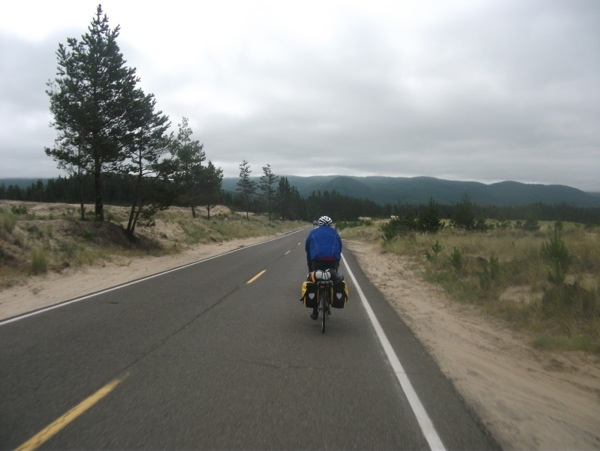 That’s when the road flattened out (somewhat) and we all stayed together for a while. 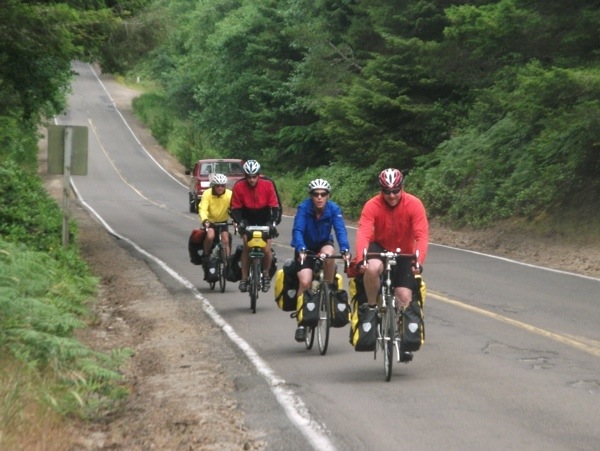 After some boring parts of US101, with wind in our face, we turned off to a welcome detour to Sand Lake Road. 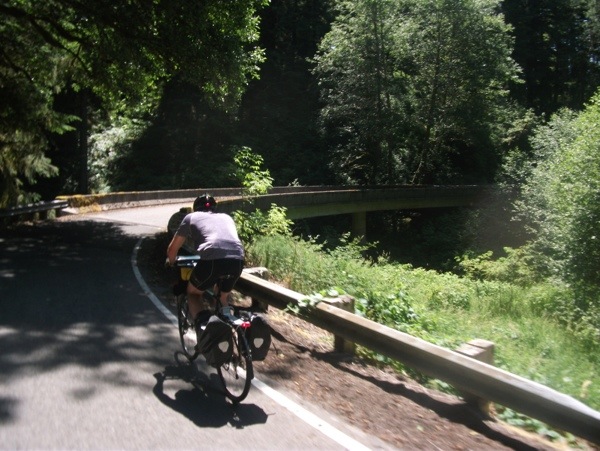 After a steep uphill, in some inland heat, we had a nice downhill back to US101. Wish I had the video camera turned on for that descent! Devil’s Lake Road was a nice detour around a busy part of US101, but wet in one spot! 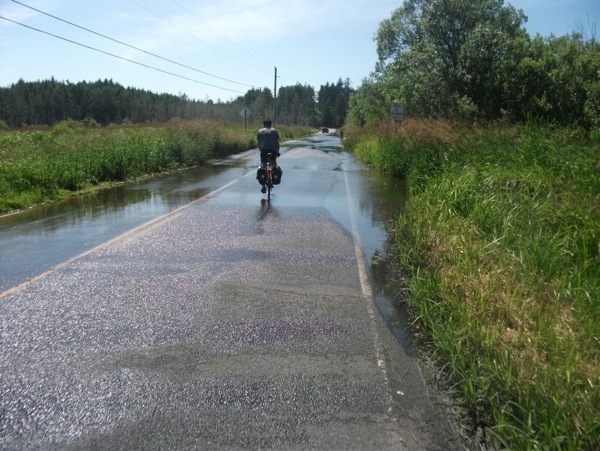 Then some (relatively speaking) boring parts of US101. 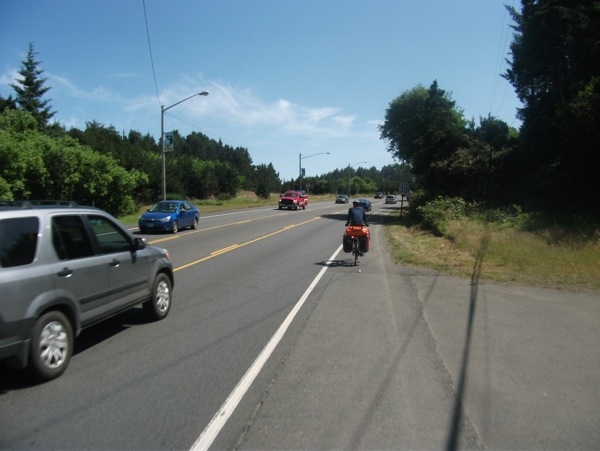 Though there were some nice areas to turn off the road around and after Lincoln Beach. 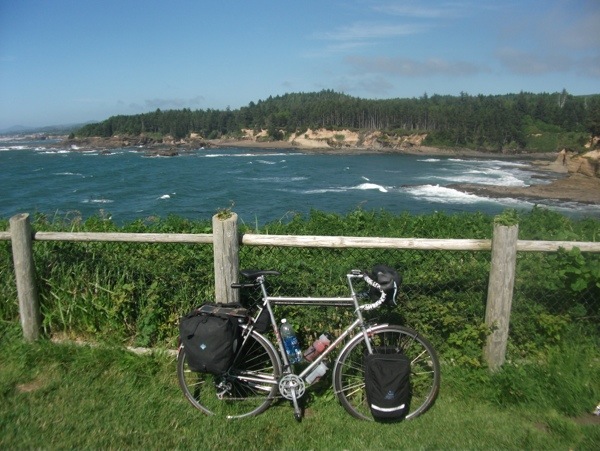 After passing Depoe Bay, the Otter Crest Loop was a great way to spend the last part of the riding day. 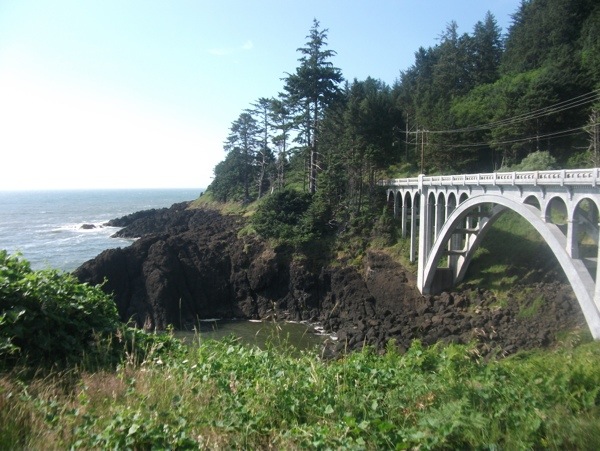 Cape Foulweather on the loop did not live up to its name with the sunny skies, but the view did not disappoint. 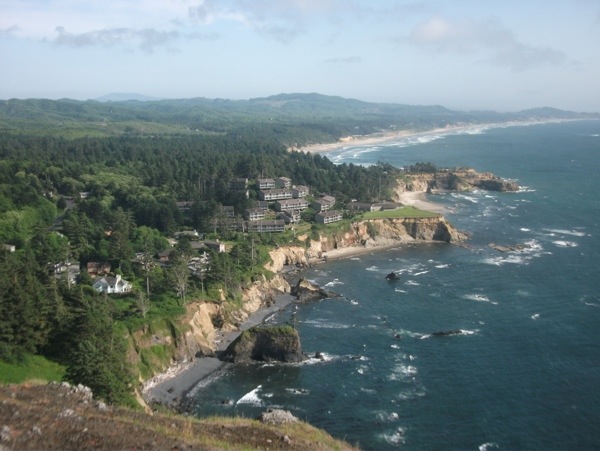 Then it was back on to US101 for the final push into Newport. No complaints about the strong tailwind from the north!

Finally made it to Newport! They have a neat coastal route through town which bypasses US101. Unfortunately we overshot the hotel by 1.5 miles, and so we had to ride that same distance into a stiff headwind to get back to the hotel. 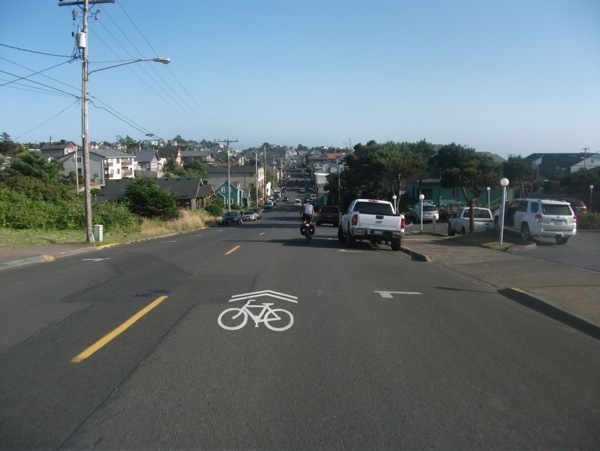