Last night Clint and I had looked at the maps closely and were unpleasantly surprised that we would have a 93 mile day today! Somehow we thought it was more like 70-80 miles. Well, we would have to make the best of it by leaving early and having a shorter bailout option in mind just in case.

The route stayed off US101 through North Bend and Coos Bay. After a few mile warmup on the flats, we turned onto the hills of Seven Devils Road. Grades were usually in the high single digits, with the occasional 12-14%. We were wondering how the three guys from Illinois were going to do today. 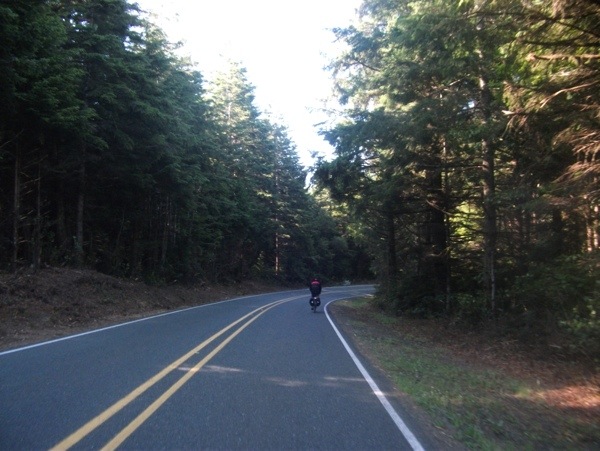 Finally the climbs leveled off, and there were excellent vistas. 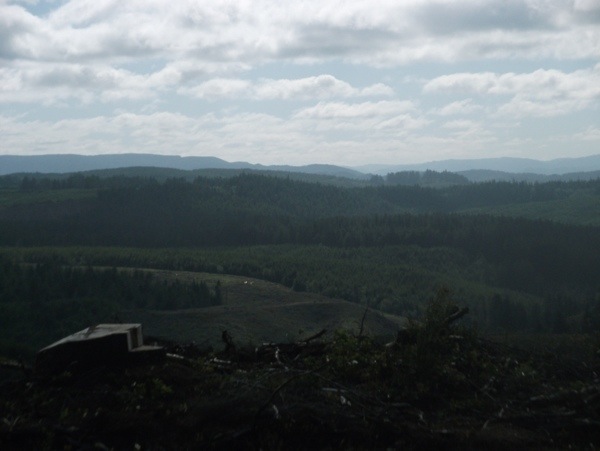 And then the downhill, after which we rejoined US101. 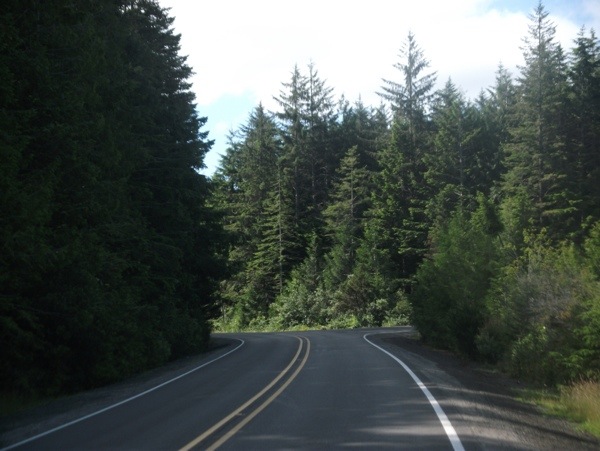 It was just a few miles on US101 until the bridge into Bandon. 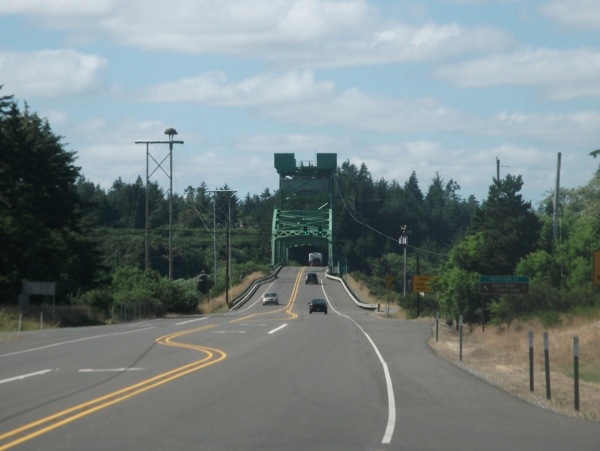 Bandon had a neat downtown area by the waterfront. We stopped by the farmers market to grab some fruit for the rest of the way. A couple of young ladies on loaded touring bikes also pulled up, they had the same idea. 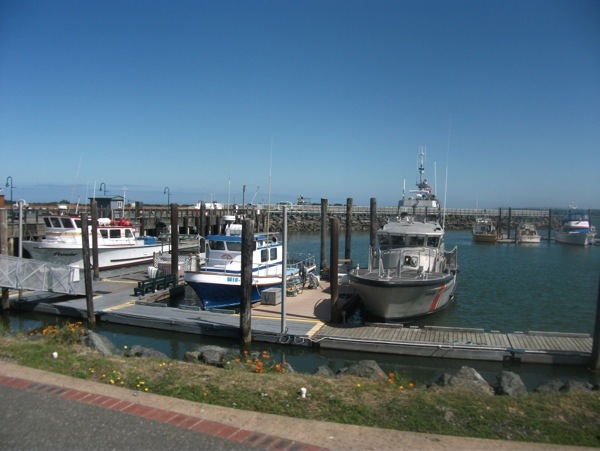 Then it was on to Beach Loop Road. Many scenic vistas. 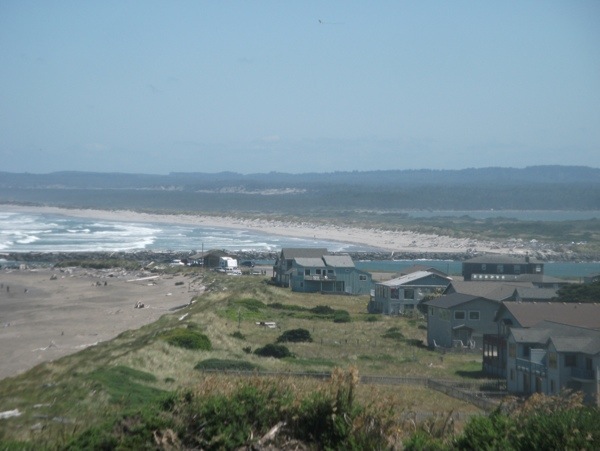 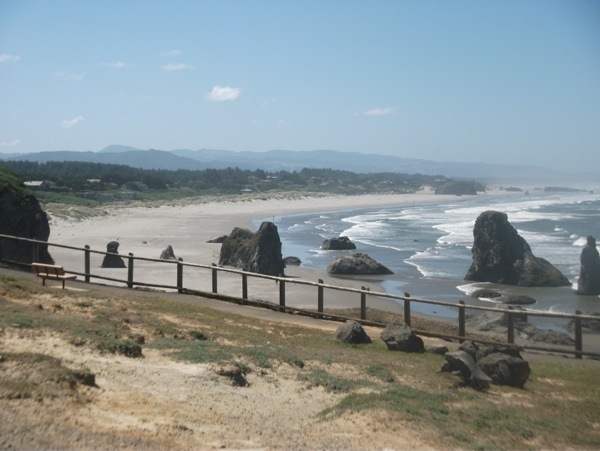 The beach loop then returned to US101 for about twenty miles, moderate traffic, and little scenery. At least we had a tailwind from the north helping to push us along. The two ladies (sorry, I forgot to get your names!) caught up to us while we stopped for a break. We talked a little bit about the Northern California portion of the route (which I did two years ago), they had some logistical issues to work out, I hope they got that taken care of. 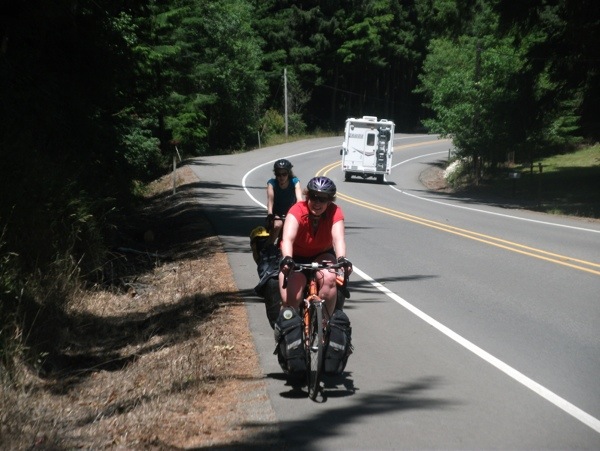 We stopped for a quick lunch in Port Orford. This was our “bailout” option if we couldn’t make it to Gold Beach. US101 starts to get scenic again here. 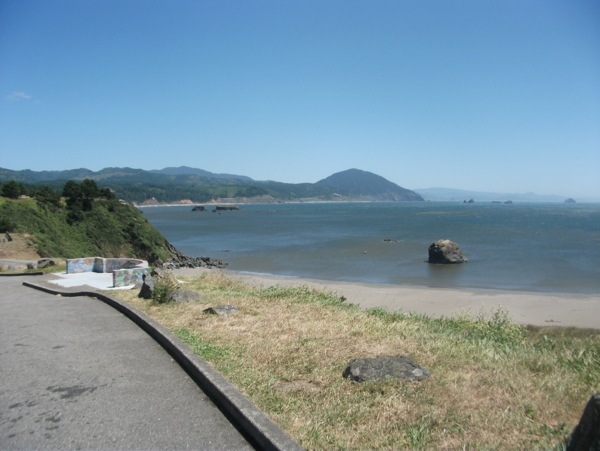 South of Port Orford, the wind, while still predominantly north to south, would make riding a little squirrelly on some of the twists and turns. So the camera ended up staying the handlebar bag, not too many photos while riding. But it was safe enough a couple of times to pull it out. 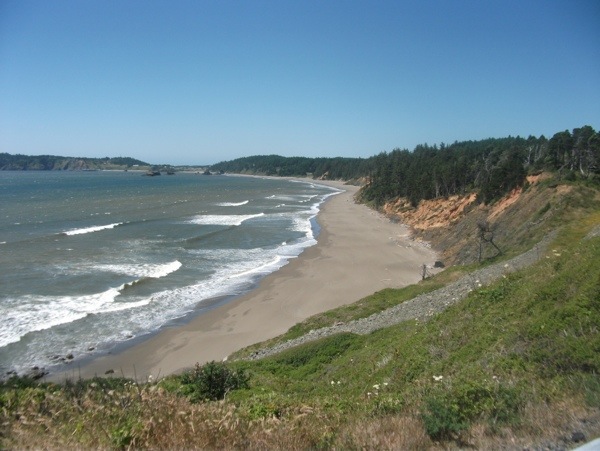 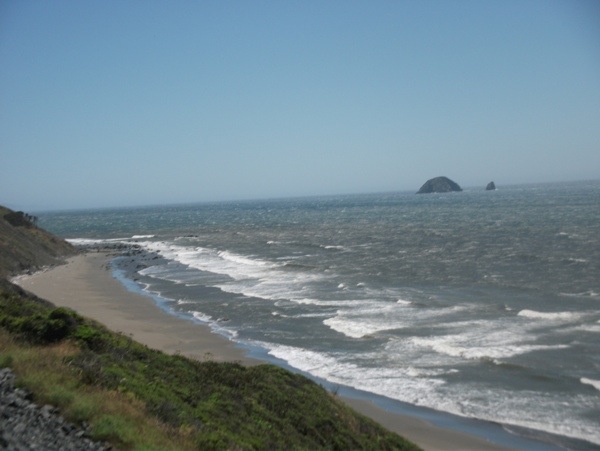 US101 then turns inland for a bit to climb up and around Humbug Mountain – but that just gave us a higher vantage point for the scenery below. 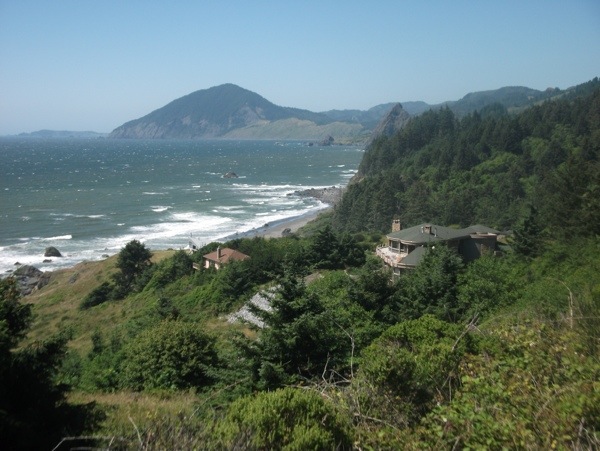 And another as we descended before the turnoff to Ophir. 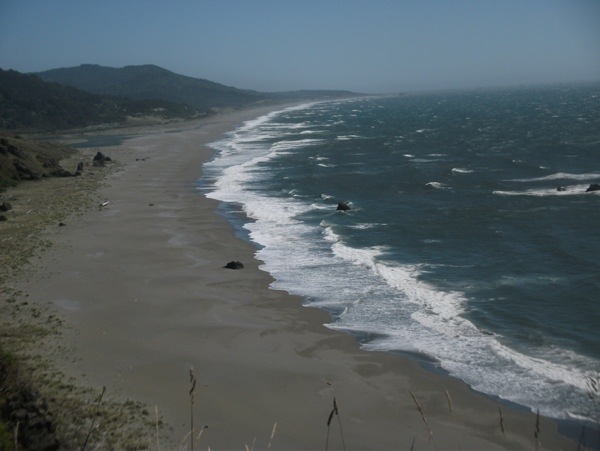 At Ophir, the Adventure Cycling route detours off US101 onto Cedar Valley Road. That was a welcome break from the wind and traffic, though at the expense of another hill. Since we were at about mile 75 or so on the ride, we took it real easy up the hills. The route passed a golf course, a few homes, and a few farms. 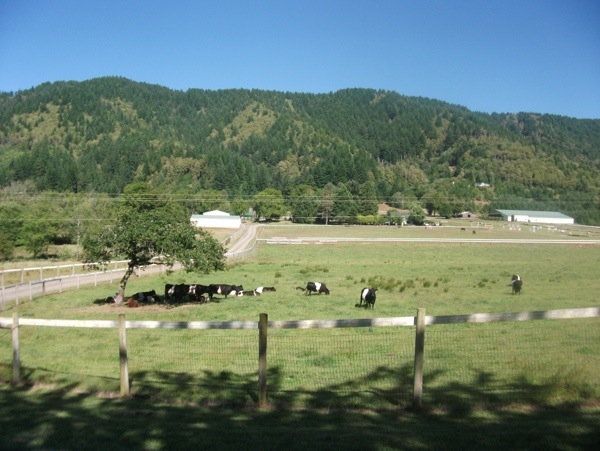 Then it was a gradual uphill following Cedar Creek, until we got to the Rogue River. 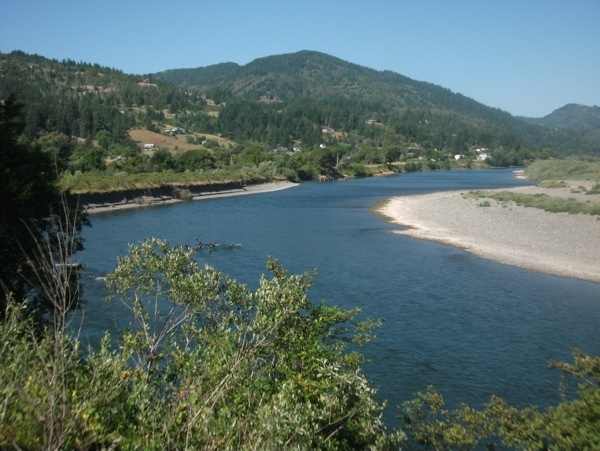 Although it was downhill along North Bank Rogue Road to US101, we had the wind in our face most of the time. Then we crossed the bridge over the river into Gold Beach, and we got our tailwind back! 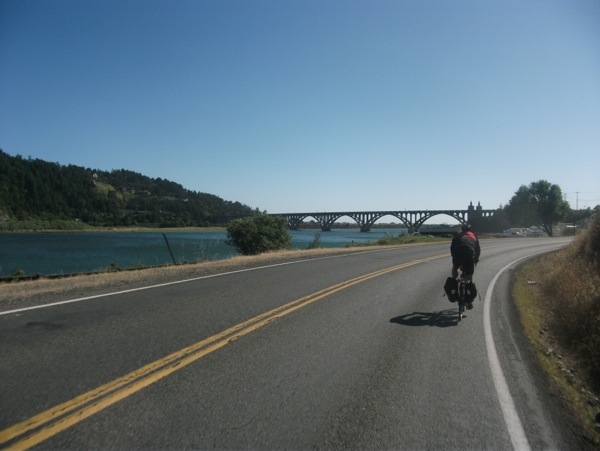 After dinner I walked down the beach before sunset. 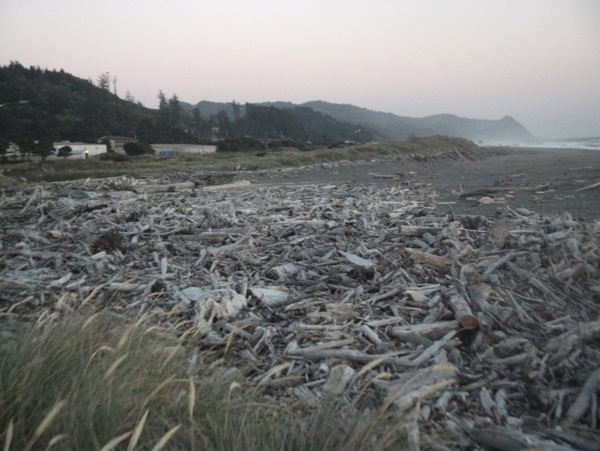