I previously had an S&S coupled bike which I used for travel. Although the detachable frame couplers are a solid design, the downside is that the assembly/disassembly time for the bike was quite excessive for short trips. This post on the impracticality of S&S couplers for most people pretty much echoes my views.

Sometime around 2003 (?), I bought a used Bike Friday Pocket Rocket folding road bike as a replacement for the S&S coupled bike. There are a number of other bikes that fold smaller and/or quicker, but my goal was to have something that folded relatively quickly into a standard-sized airline luggage, yet with a ride quality as close as possible to that of my fast road bike.

I envisioned a couple of main uses for the bike:

Here’s my experience with the bike in those areas. 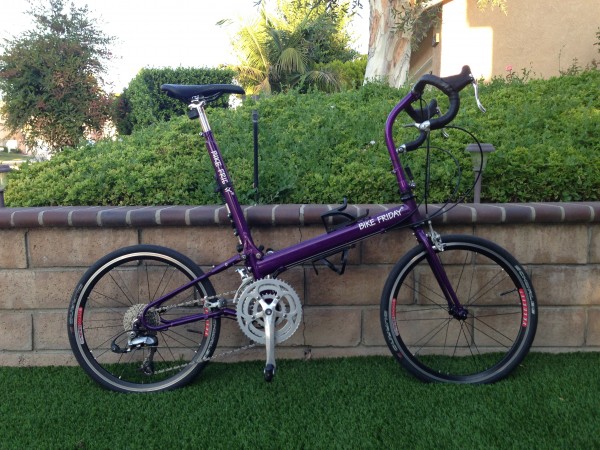 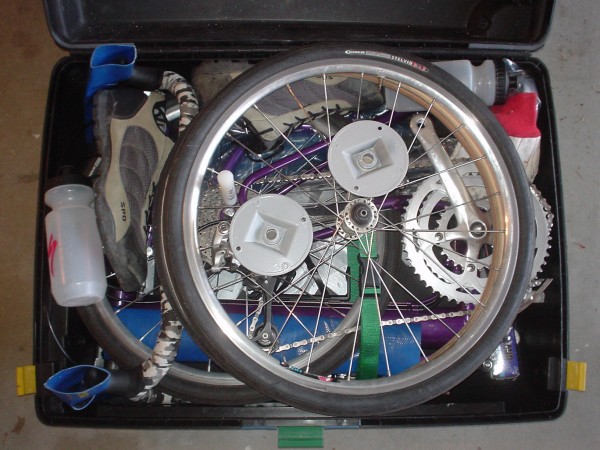 If the sole purpose of a trip were to participate in a challenging, but fully supported, week long ride such as Ride the Rockies, I would probably ship my fast road bike to the start, ride the event, and then ship the bike home afterwards. But in my world, there is always another main purpose to my travel, while the riding is secondary. In most cases, I’m either talking about a business trip or a family vacation. The issue is not so much that the bike packs small enough to fly as normal luggage (although that is nice too), but it is small enough to fit in a rental car along with all the other stuff that is coming for the primary purpose of the trip.

I’ve done several of these trips with the bike, too numerous to mention. My latest example is my two week business trip to Wyoming. These kinds of trips are where the folding road bike concept shines the brightest.

The ride quality of the bike has generally been excellent. There have only been a couple of instances where the bike came up short. One was that this bike wasn’t good enough to allow me to hang with a fast club ride, when I would have been able to do so on my lighter road bike. The other was that the smaller rims would get real hot on steep descents, though I think new brake pads and levers may have improved that situation. Those are relatively minor quibbles which only apply to a small part of the time on the bike.

I’ve done a number of overnight self-supported tours since I bought my Bike Friday about ten years ago. However, going through my travelogues, I can only find one situation where I had planned to use the Bike Friday for touring, though I had to cancel that trip due to illness. But I’ve done shakedown rides with my overnight gear to have a definite opinion on the subject.

My typical light (“credit card”) touring configuration, in which I stay in hotels and carry just a small amount of gear, is to use a Carradice saddlebag, along with a frame or handlebar bag as shown in the photo below. The saddle bag connects to a seatpost bracket, which can also easily be moved over to the Bike Friday. Based on my shakedown rides, I would not hesitate to tour in this manner on my Bike Friday. The main reason I hadn’t is that most of my light tours have been relatively close to home, and as such it hasn’t been much of an inconvenience to get a “real” bike to the start for these tours.

My typical fully loaded configuration, where I carry along a tent, sleeping bag, etc., is in the photo below. 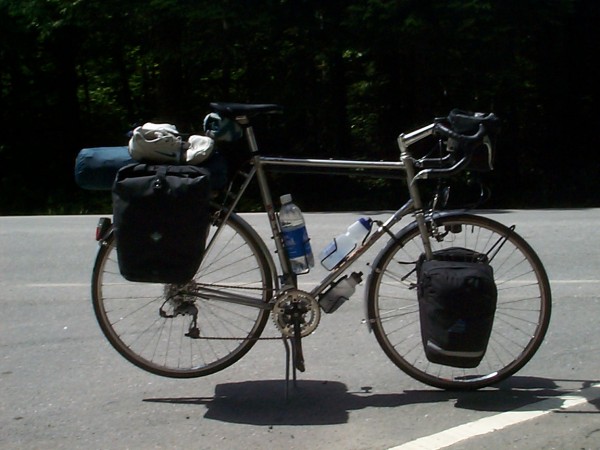 I do have similar front and rear racks for my Bike Friday. But riding fully loaded on my “real” touring bike (a classic mid-80s Fuji Touring Series III) just feels and handles a LOT better. Though to be fair, I have the Pocket Rocket which was meant to be ridden unloaded and not the New World Tourist which was designed for touring.

The big question about overnight touring is what to do with the suitcase while riding. Some cyclists pull it along as a trailer, but I really haven’t wanted to go down the path of drilling holes in my suitcase. For a loop credit card tour, I could envision leaving the suitcase at the first night’s hotel, especially if I stay there the last night. But for point to point loaded tours, my preference has been to put my “real” touring bike in a cardboard box and take on the plane or ship to my destination. (Now here’s where the S&S coupler supporters have a point regarding reduced airline charges and/or shipping fees. But I only go fully loaded touring once a year maximum, so it would take many years to recoup the cost of the not so cheap coupler retrofit.)

Aside from ride quality, just a few other observations where my Bike Friday differs from a “real” road bike:

Gearing: The small wheel size will give lower gears compared to a bike with a normal sized rear wheel, unless you go with abnormally large chainrings in the front. But I like having lower gears for touring, so I just run standard size chainrings.

Shifter/Brake Levers: I originally retrofitted my Bike Friday with the same STI combined shift/brake levers as on my regular road bike. But I found that they would get beat up in the suitcase during travel. So I instead use the more “bulletproof” bar end shifters, with separate brake levers.

Maintenance: This is one subject I have briefly written about before. The biggest hassle is the tortuous cable bends, which are prone to breakage, bending, water ingress, poor shifting – you name it. I would be more concerned if I used this bike regularly, but I can put up with the inconvenience since this bike is just used for travel, so I can stay on top of the maintenance between trips. 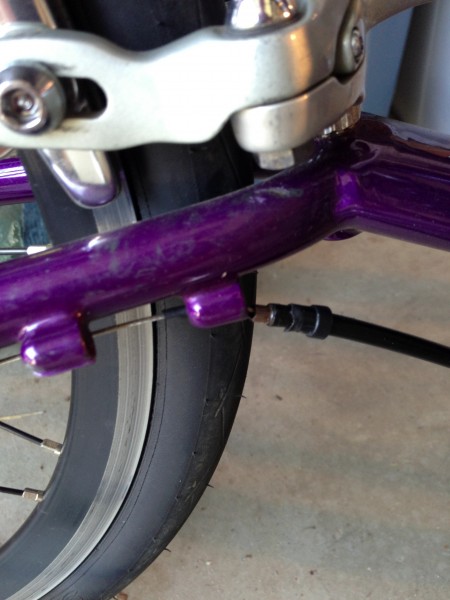 All in all, the Bike Friday has been an excellent investment!