First, some developments from the past few days of preparation.

Unlike most of these trips, I may be doing enough camping to make a stove worthwhile. I dusted off my old stove, and while it still works, it seemed like a bit overkill for this trip. 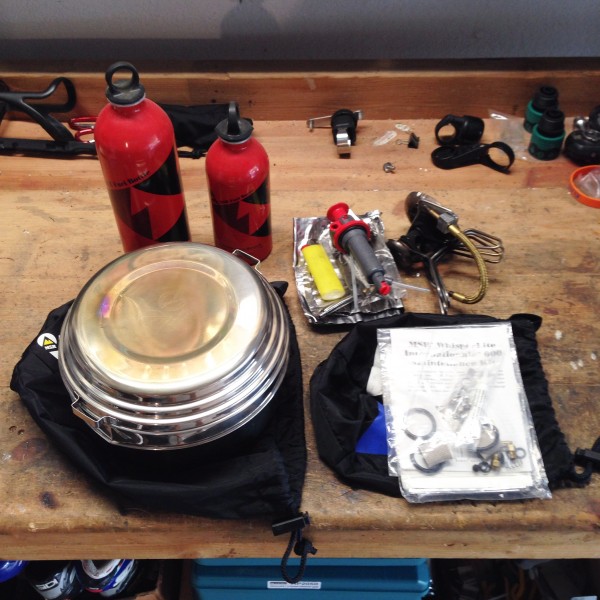 Then a friend told me about small lightweight backpacking stoves which use alcohol, meaning that I don’t need to carry one of those metal MSR fuel bottles with me. 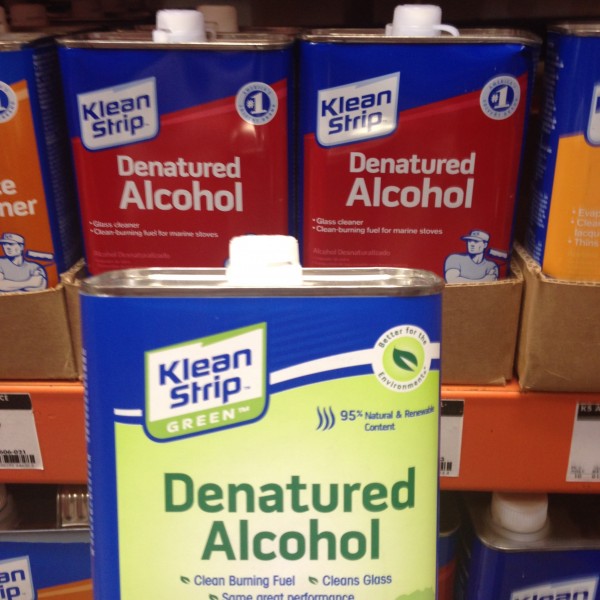 So I bought a Trangia alcohol stove at REI and tested it, works great! 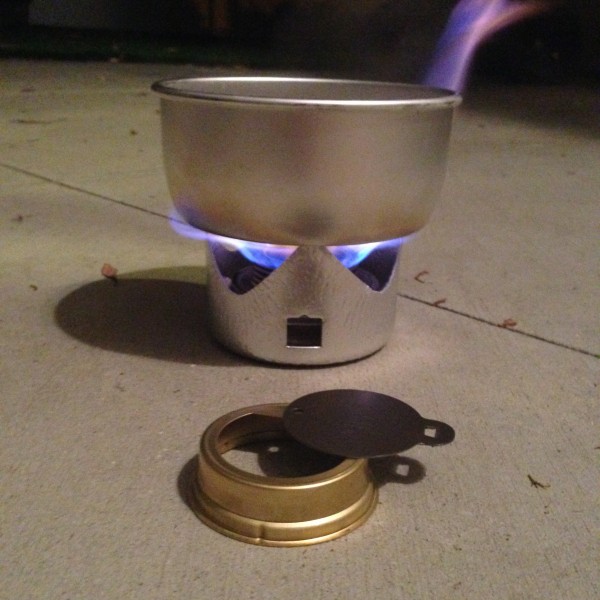 A few days ago, I had picked up the boxed bike from the bike shop. I put my remaining stuff in another box, and I was ready to go! 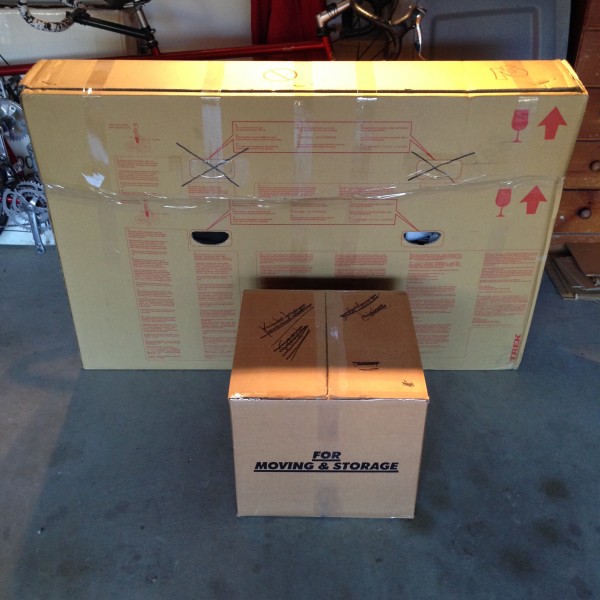 The plan for today was to run the local 5K, go to the local Independence Day parade, then head over to the airport to fly to Vancouver. 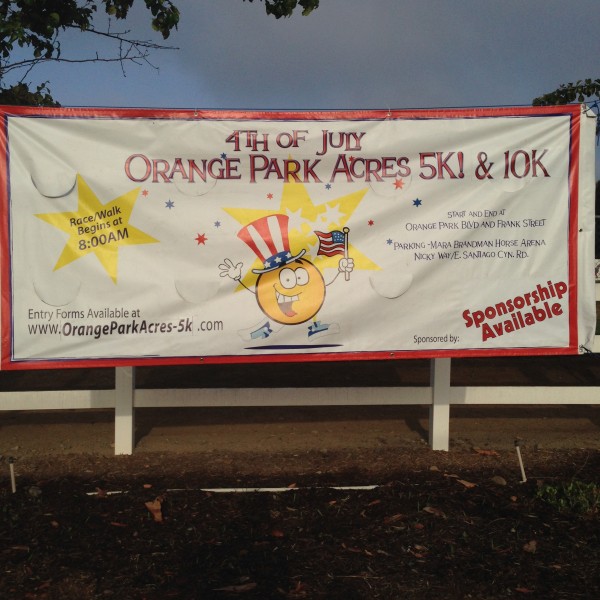 I was on the fence about whether or not to run in the local 5K, since I’m on the tail end of recovery from tweaking my back, and I didn’t want to re-injure it before the trip. I decided to run it anyway, taking it “easy”, targeting a 8:00/mile pace rather than my personal record of 7:30/mile. I figured this would be good practice for keeping a steady pace (though slightly slower on the hills, of course), rather than my pace being all over the place, as was the case with the Angels 5K last spring. 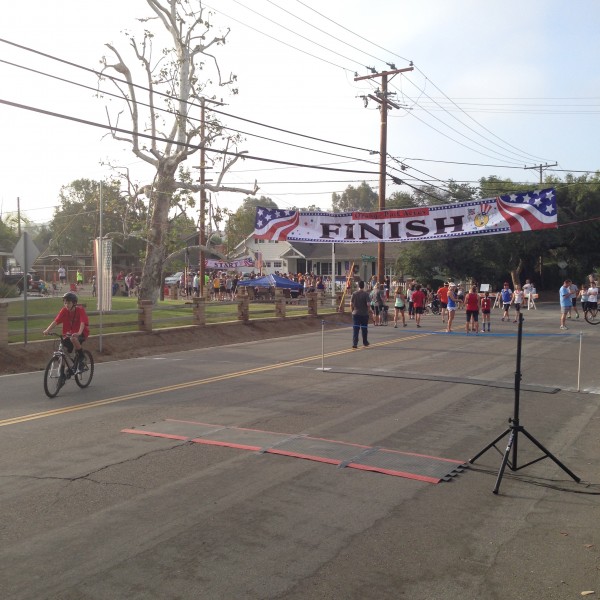 I finished with a respectable 24:29 and didn’t strain my back in the process. That was a 7:52 per mile pace, just under my target 8:00 per mile. Overall I finished 36 out of 201, and 7 out of 20 in my age group. One of the other runners complimented me for being a good pace setter. “Oh, I just found someone who looked my age and followed them.” Hmmm, was that really a compliment? 🙂 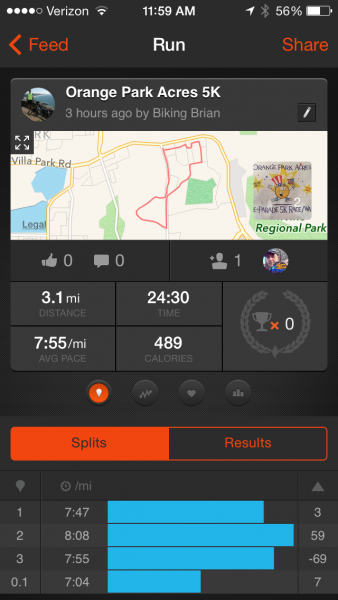 Then it was back home to shower and finish packing before coming back for the parade. Oops, almost forgot about my bicycling glasses! When cleaning them last night, I noticed a crack starting to form where the prescription lenses attach to the frame. I used some epoxy (the kind where you mix the two components together, and you have 20 minutes before it hardens) but it didn’t harden overnight. Crap. So I used Super Glue gel instead, left the glasses frames to dry, and headed back over to the parade. 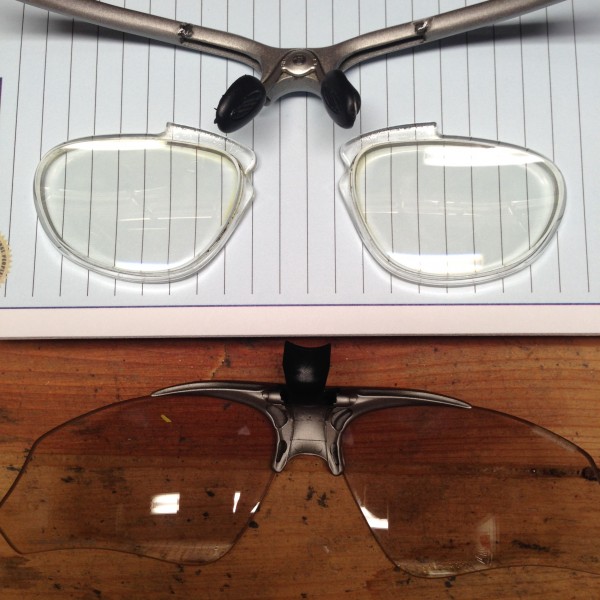 I sprinted the two miles on my hybrid bike (quicker than driving, finding parking far away, then walking the rest of the way) and caught the parade in time to see my son’s Cub Scout pack marching. 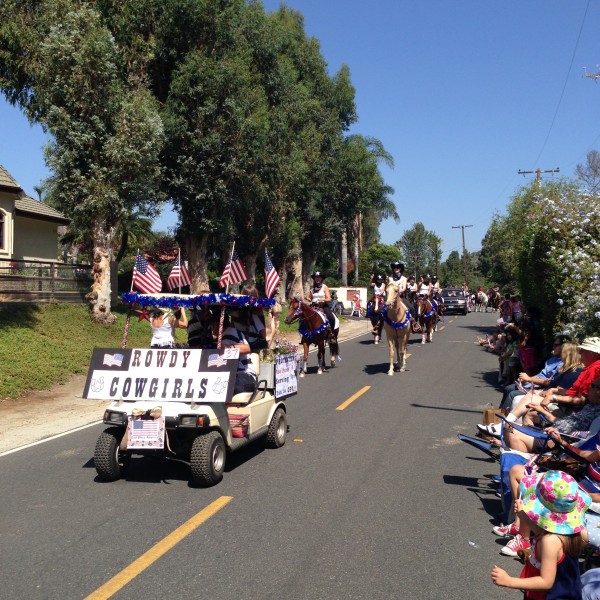 Then back home to shower AGAIN (it was already pushing 90 degrees by late morning) and then off to the airport. 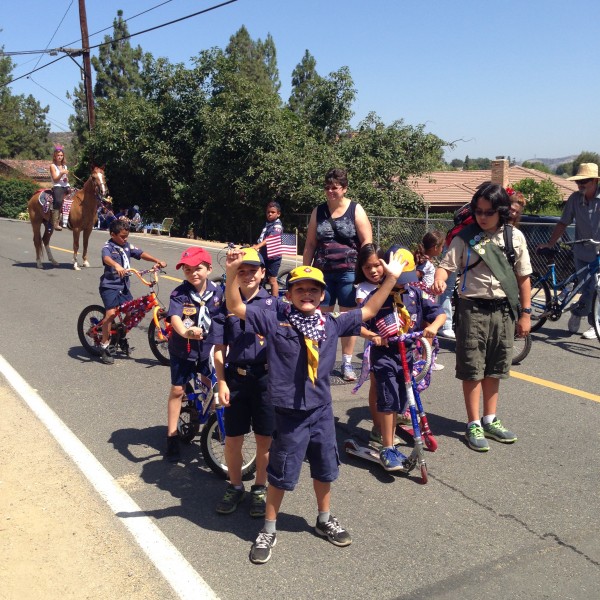 I still have a hard time believing there’s a nonstop flight from Orange County to Vancouver, but there’s one a day on WestJet. I only had to pay an extra $50 to take the bike, and I was on my way.

Now that I’m on the plane, this is probably a good of a time as any to talk about the technology I have with me on the ride. I update my blog using my iPhone and Bluetooth keyboard. When I complete a post, a WordPress plugin automatically sends the link to Facebook and Twitter, and another plugin emails the post to those on an email list.

What’s new on the technological front this time around is my acquisition of the Garmin Edge 810 bicycle GPS. It tracks my ride like the other bicycle GPS units out there, but then after the ride I can transfer it to my cell phone via Bluetooth, and then the cell phone will upload it to Garmin Connect. Then there is another website (www.tapiriik.com) which transfers it to Strava and RunKeeper, where friends can see it. Unfortunately, most of my friends are on MapMyFitness/Run/Ride/DogWalk/etc., so I need to use another website (www.fitnesssyncer.com) for that transfer. But that latter link is broken (on MMF’s end, Eric at Fitnesssyncer has been trying to resolve the problem), so I’ll just update the blog posts with the route links when I get back home.

I landed in Vancouver to see that my box was opened by TSA. But after opening it up in my hotel room, the bike was still intact. Props to Jax Bicycle Center for doing an excellent job of packing. So I am ready to ride tomorrow!