I started off the day with a short morning run along the lakeside trail. One of my friends asked me how I can still run even on a bike trip like this. I said it’s easy – the birds wake me up at 5, I finally roll out of my sleeping bag at 5:30, pack a little bit, go for a run at 6, then at 6:30 pack the rest of my stuff, and then I’m at the cafe for breakfast at 7 when it opens! 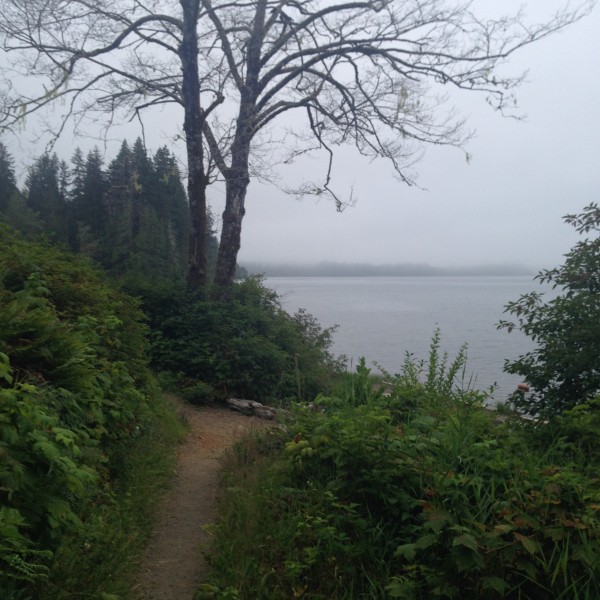 Of course, they really didn’t open at 7, it was more like 7:05, but that wasn’t entirely unexpected. The food took a while since there were others who ordered at the same time. No big deal, since I could charge up my phone and use the free wifi (no cell signal for me there). I ordered a sandwich to go, just in case. The lady there was nice, she wrapped it in foil and put it in a ziplock baggie for the road. 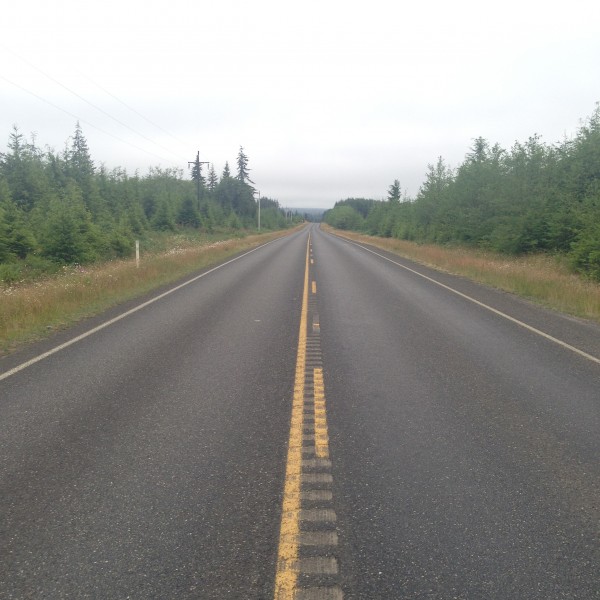 It was a damp 58 degrees when I left, so I was using my rain jacket as a windbreaker. Much of the day – 40 miles to be exact – would be an uneventful ride inland on US101. After Humptulips, the Adventure Cycling route splits off the east, while I stayed on “the book” route on 101 south. I saw a 7-11 as I neared civilization again, so I stopped there to get a Gatorade and eat my sandwich. 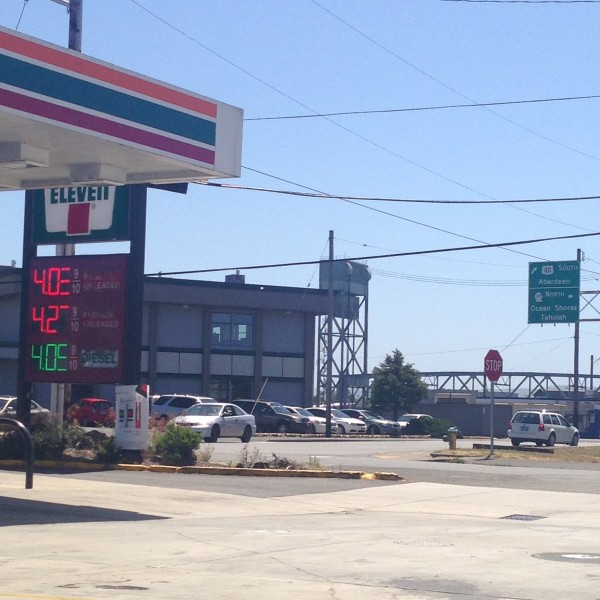 Passing through Hoquiam and Aberdeen was a necessary evil to get to two bridges to cross rivers. The riding wasn’t bad, but it wasn’t great either, and it was easy to see that these cities probably have seen better times. 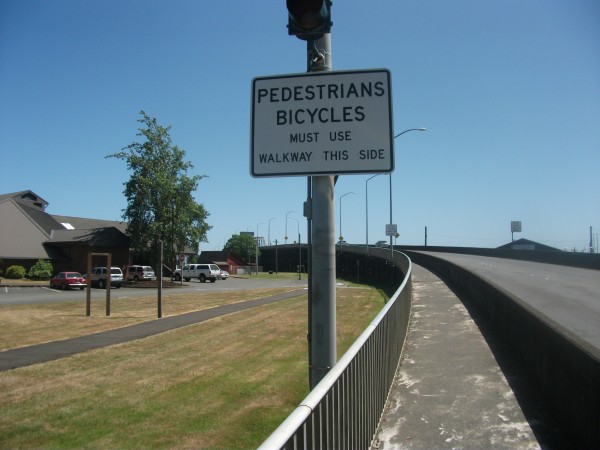 After the second bridge for 101, the riding got pleasant again when I turned off to southbound 105. But for being so close to the water, I could even see it. So I stopped at a turnout for Bottle Beach just to be able to walk out to the beach, at least for a moment. When I got back to my bike, I saw another touring cyclist pull up. Martin (who I presume is from the UK) was also lamenting the lack of views of the water and stopped for the same reason. He started his ride from Port Townsend, but went around the east side of the Olympic Peninsula (I went on the west side) and now he is continuing on to San Francisco. 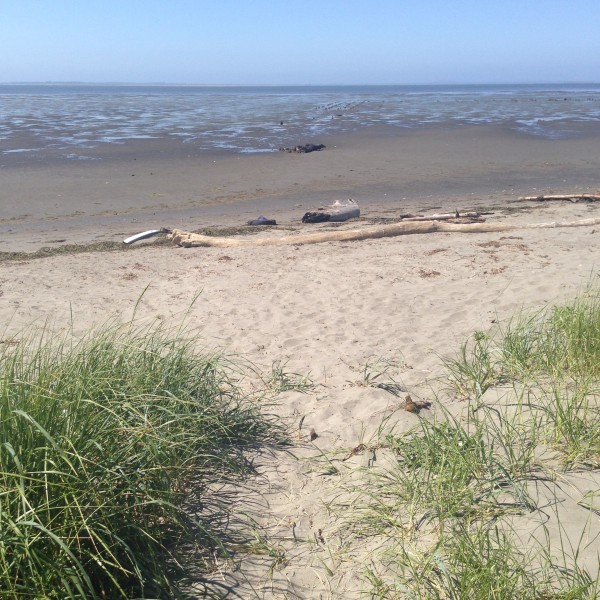 Since I have the camping thing dialed in now, I stopped at Twin Harbors State Park for the night. They are the first Washington campground I’ve stopped at with “official” hiker/biker sites, and they have hot showers too. And the campground attendants were nice enough to let me charge my devices until they closed up the office.

I rode into town to do some laundry, but the laundromat closed at 6. (Since when do laundromats close?) Though I found the library, useful because I had forgotten to print my return bus ticket, and I needed not only internet but a printer too. Then it was dinner, a walk just over the bluff to the beach, and then back to camp. 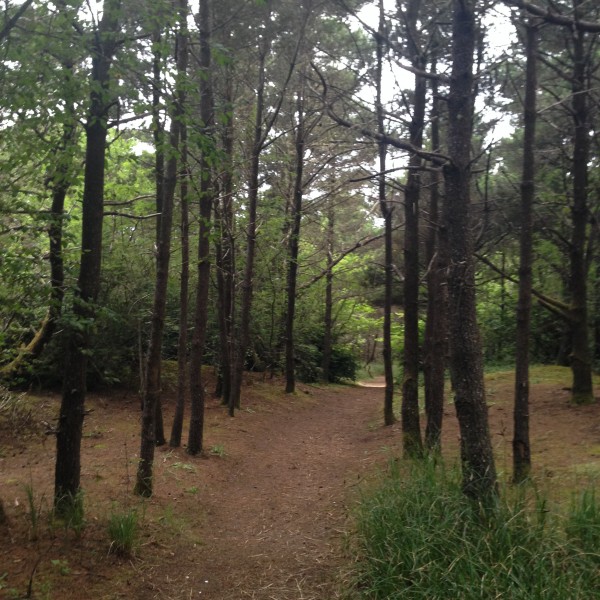 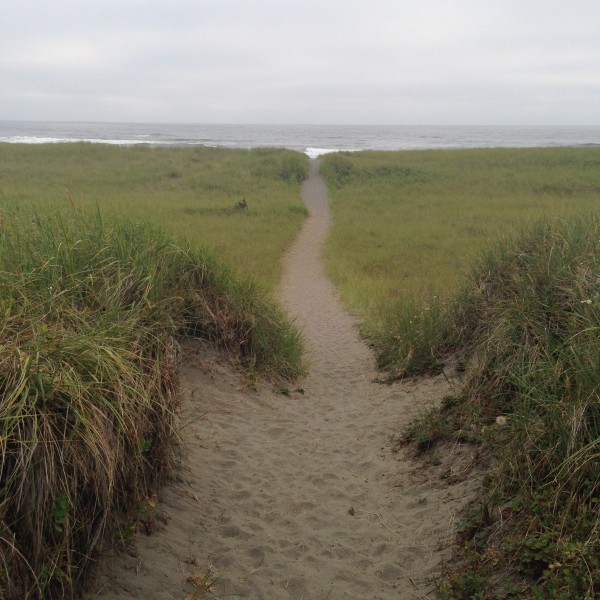 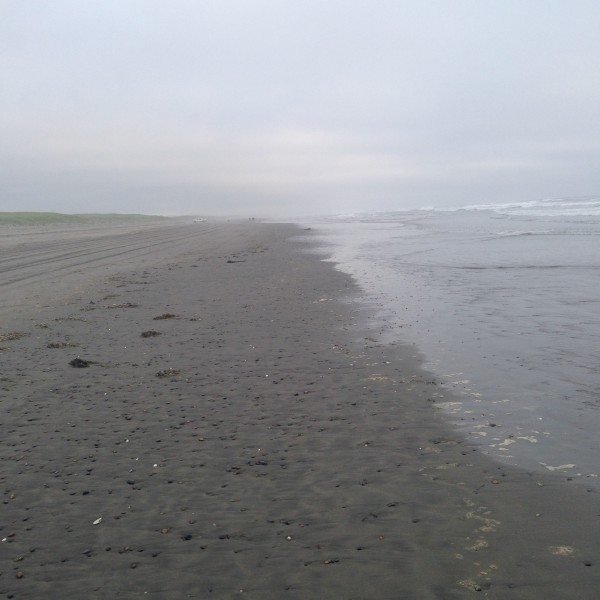 Martin is also here at the campground, but he went out to the beach earlier and still hadn’t made it back yet…