Just after I sent out yesterday’s update, Martin returned to camp. He started in Vancouver and is headed to San Francisco. He got some advice from his Vancouver friend to take the train out as far as he could and then start riding from there. (Why didn’t my Vancouver friends tell me that? Oh yeah, I didn’t ask…) Then he crossed the border at Blaine, then took a route through Port Townsend and on the east side of the Olympic Peninsula. Meanwhile, I had used a route on the west side of the peninsula, and so our routes have merged as we both head south.

I got up early and started rolling, as lately I’ve been riding the miles slowly and making stops on the way. It was the coldest morning yet – at 53 degrees – and so once again I was using the rain jacket as a windbreaker. 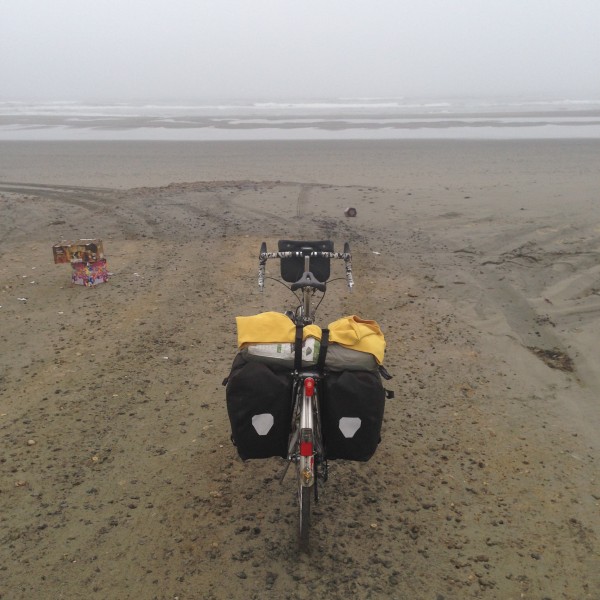 My plan was to go to the restaurant in Grayland just a few miles from camp, but when I arrived it was closed. It was on to Plan B, the grocery store in town, which had a limited selection of canned goods and processed foods. Today’s breakfast was brought to you by Hostess! 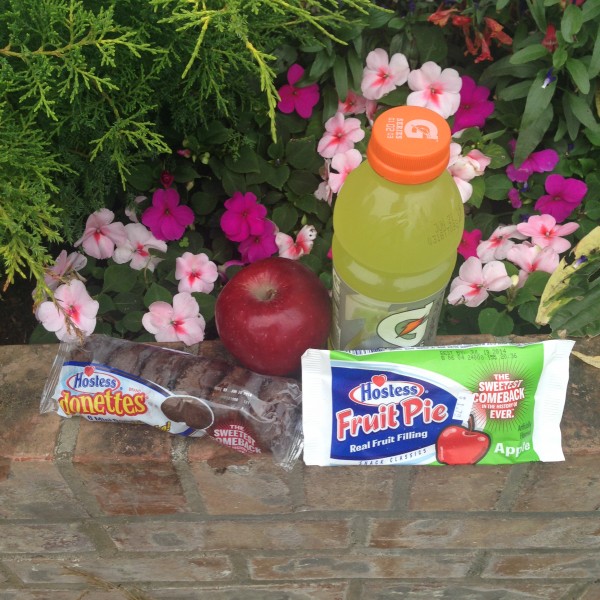 Highway 105 continued to follow the coast, but with very few ocean views. Though I was surprised to see a small casino just outside of Tokeland. 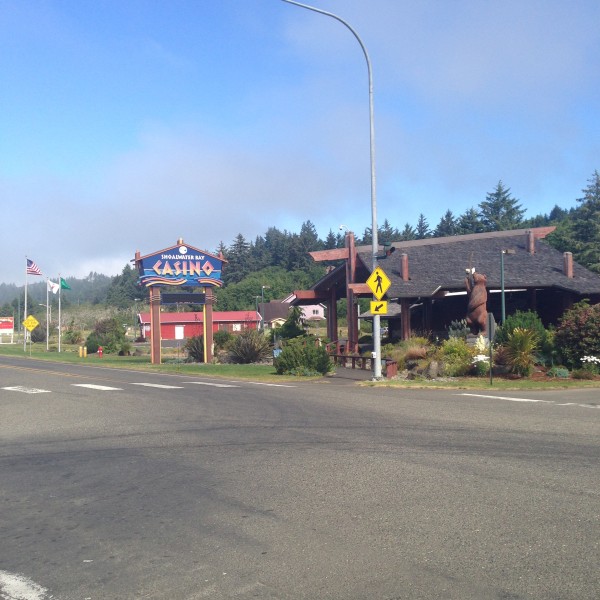 The road got a little rough in places, due to chip seal pavement. I don’t recall seeing (or more like feeling) chip seal in the Oregon and Northern California portions of the route, but it is definitely prevalent in Washington. I’d prefer smooth pavement, but the touring bicycle tires can certainly handle the chip seal!

The weather started to warm up, enough for me to take off my arm warmers. I learned that if you pull off your arm warmers while riding, you can launch your Garmin out of its quarter turn mount and into the grass. Luckily it survived unscathed. That leaves me with another thought: at every restroom, convenient store, etc. stop, I need to remove the Garmin and take it with me, otherwise it would be easy for someone to walk up to the bike and walk away with a $400 Garmin Edge 810 in seconds. Maybe I should start a Kickstarter campaign to come up with a locking quarter turn Garmin mount? Who knows, maybe the five other cyclists in my predicament might contribute to the effort. 🙂

Soon after that, Martin caught up to me, and we rode together to the halfway point in Raymond. 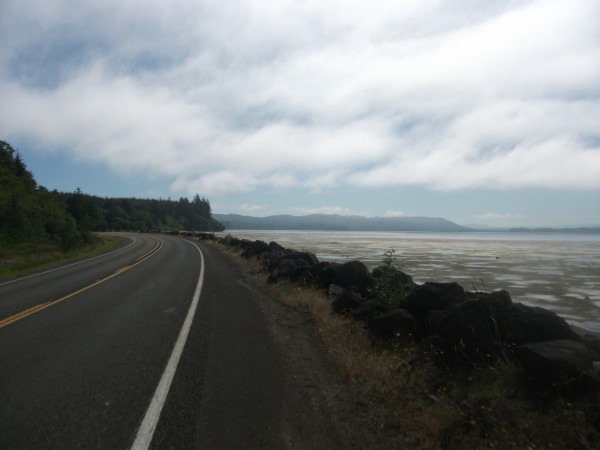 It was interesting chatting over lunch at the coffee shop in Raymond. Martin (who is from England, by the way) mentioned that this was a last minute trip using unpaid leave. One reason he chose the Pacific Coast Route was that it could be done with little advance preparation compared to other routes. When he mentioned the unpaid leave, I correctly guessed he was an engineer. He then outlined his history of working for a large company, then leaving and working for a smaller company. (Sound familiar?) Also, we were talking to our waitress about our trips, and she mentioned that three other cyclists had come to the coffee shop about a week before. But they were sopping wet from the rain, thankfully the weather is a lot nicer for us!

We rode together for a while longer, we found a short bike path kind of following the river to South Bend, and back to 101 as it follows the coast. But this time we could actually see something other than trees on both sides of the road! 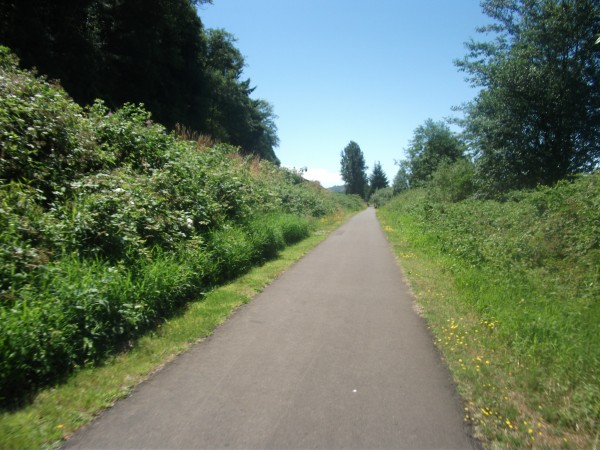 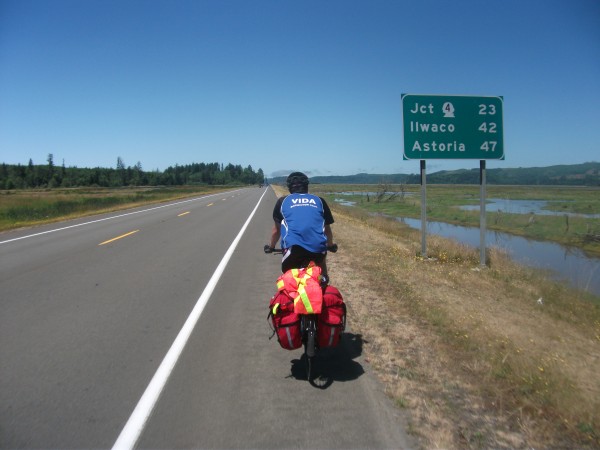 I reached the 50 mile point at Bay Center and I only need to make it to Astoria OR tomorrow, so it didn’t make any sense for me to push further today. Martin was planning on riding further, so we parted ways. It was good to have the riding company, even for just a short time. 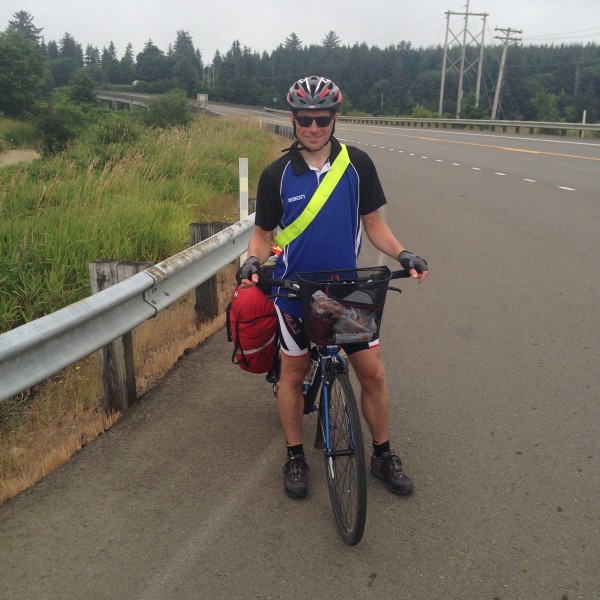 The Bay Center KOA was a good spot to camp for the night. Friendly staff, and nice to be able to do laundry on the penultimate day of the trip. (The mom and pop hotel I had reserved for the next day in Astoria OR did not have any laundry facilities.) Still enough time for a run to explore the tiny town, and also an after dinner walk to the beach. The only downside was that, being Friday, the campground was filling up and becoming a bit noisy, but I had no problem falling asleep. 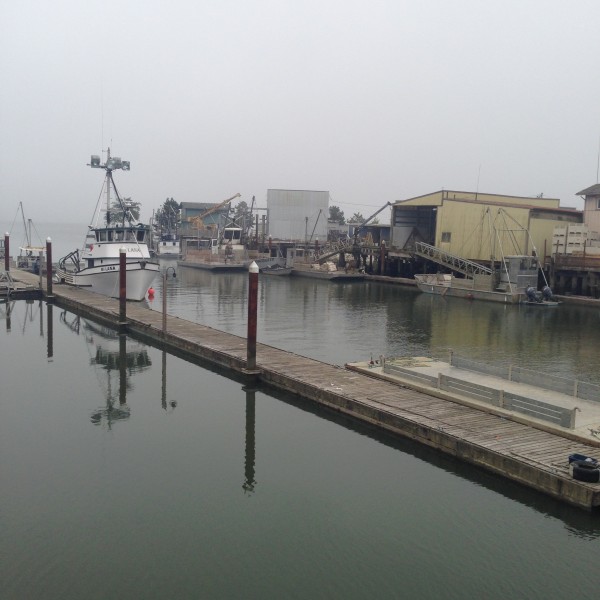 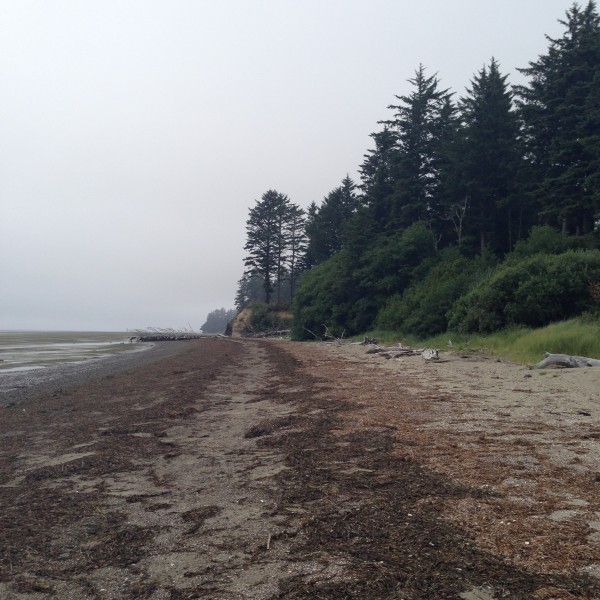