Once again, I got an early start. Since this was my last day, it was best to cook the last cup of noodles for breakfast and use up all my remaining stove fuel in the process. I had already used up my Bic lighter, but luckily the folks in the adjacent campsite had one. They had come out from Portland for the weekend to camp, and this was the only campground on the coast they could find a spot last minute.

It was another inland slog on 101 initially. I started yawning while on the bike, probably because I just finished my fifth straight day of camping, and I’m getting less sleep than usual due to the short days. Or maybe it’s because the inland sections of 101, while nice, tend to be monotonous with tall trees on both sides and nothing else for miles and miles. 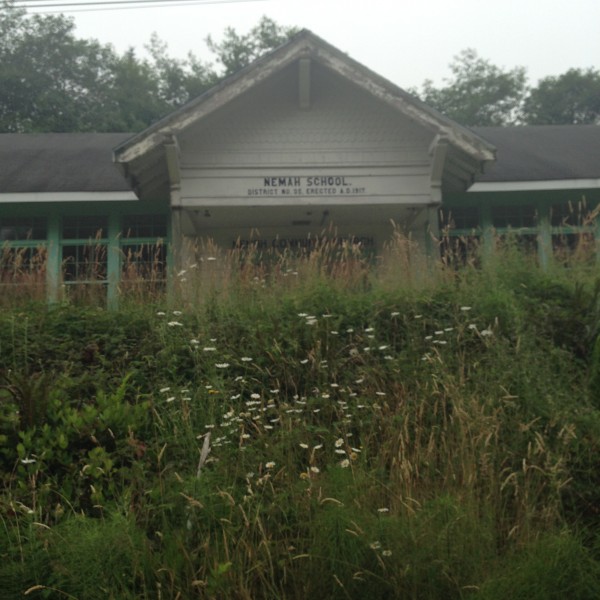 Then the route went over to the coast, with views of Long Island. Continuing on 101 approaching Seaside and Long Beach, the traffic picked up a bit. But then I found a turnoff to the beach, and there was a neat bike path from there. I didn’t see it on the Google Maps on my iPhone, but the Open Street Maps on my Garmin Edge 810 showed that the path went south for a considerable distance and then rejoined the main route. This alternate had much better coastal views than staying on the highway. The tail end of the path went through part of Cape Disappointment State Park, and then I was able to go ride up to a neat vista point. 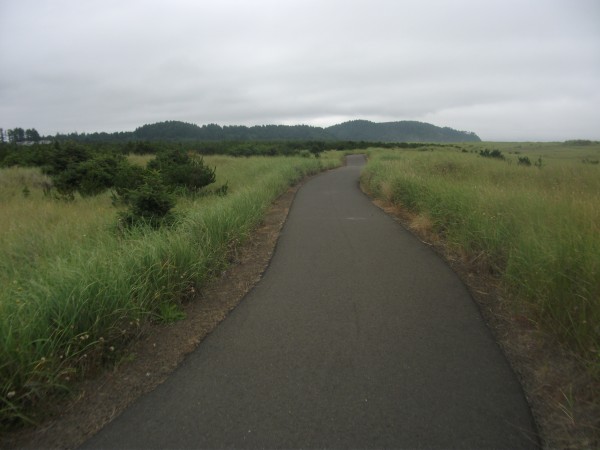 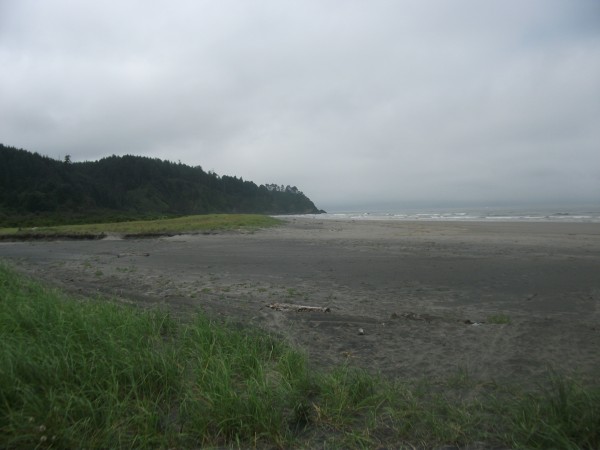 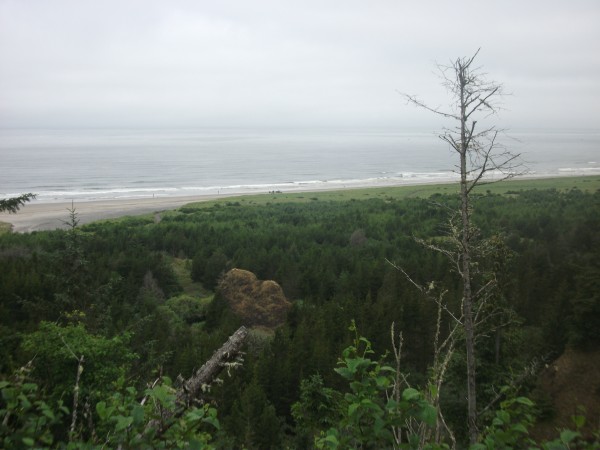 Then it was down to Ilwaco to find somewhere for lunch. 101 through there didn’t have anything, but then I saw a sign for the port. So I made a right turn and then stumbled onto the farmers market they have every Saturday in the summer! This area is known for smoked salmon, so I ordered a bowl of smoked salmon chowder from one of the trucks. And the stand next to that had mini donuts, so I got some of them too. 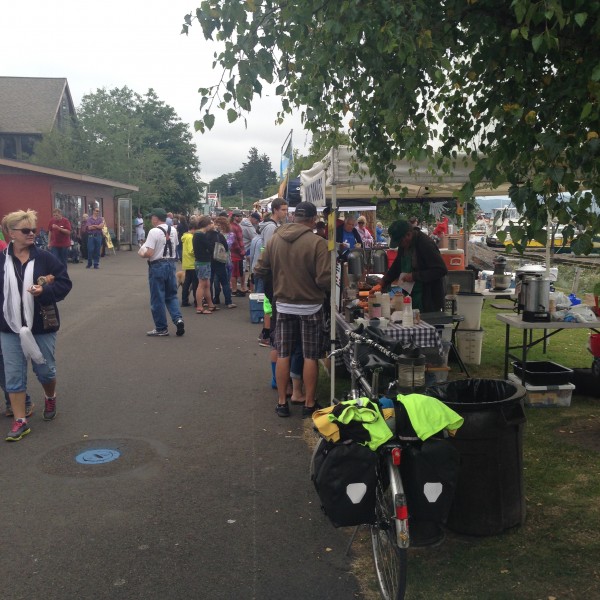 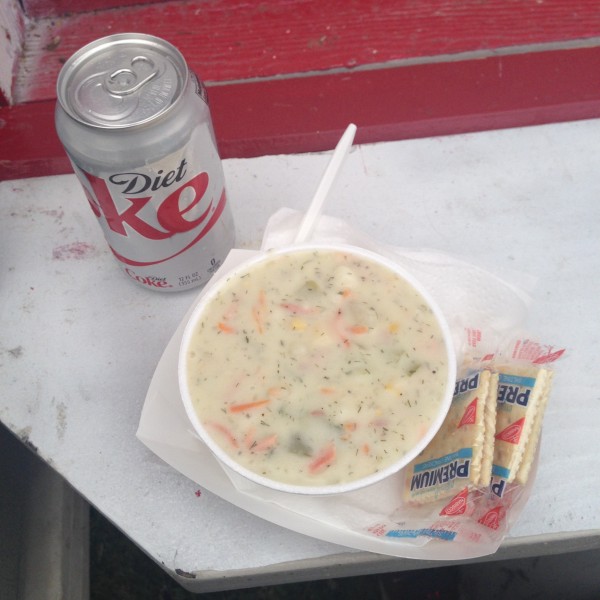 Seeing some different sights and sounds had recharged my batteries for the final push to the Astoria-Megler bridge. I thought the bridge was big when I saw it from the Oregon side at the beginning of last year’s trip, but it looked even bigger from the Washington side. There is no bridge path or sidewalk, which makes this crossing intimidating for many cyclists (I believe pedestrians are not allowed), but in my opinion the hardest part is dealing with the crosswind. Luckily it was only about 10 mph, which would be considered average to light. On the bridge I passed a group of (unloaded!) cyclists like they weren’t even moving! 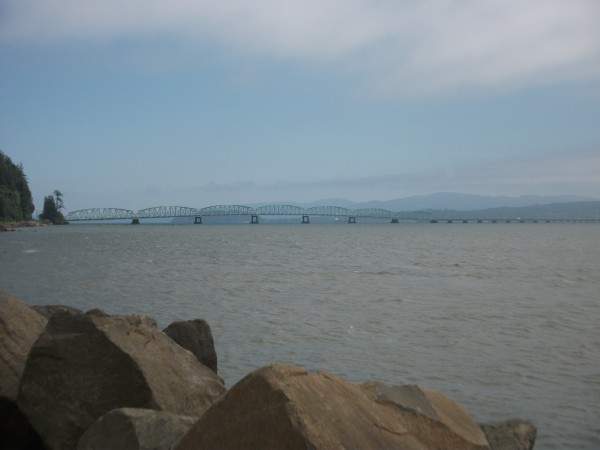 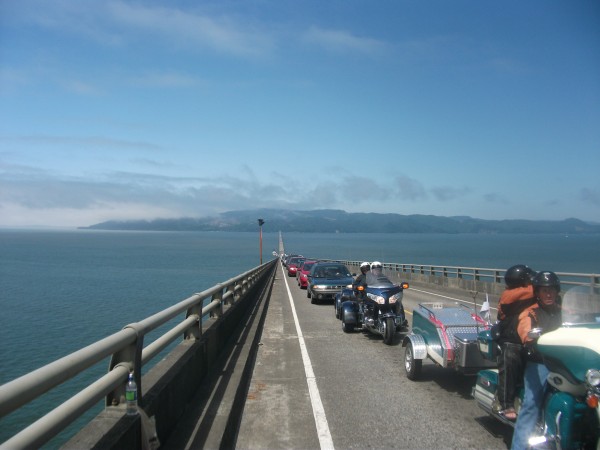 But no time to celebrate the end of the ride just yet, because I had to continue on to the UPS Store in Warrenton OR before the closing time of 4PM to ship a bunch of my stuff home. The lady there was nice, she let me bring my bike inside while I went through my bags to figure out what I would mail back and what I would carry with me. Apparently a lot of people start and/or finish their bicycle tours in Astoria, and a lot of them use that UPS Store. 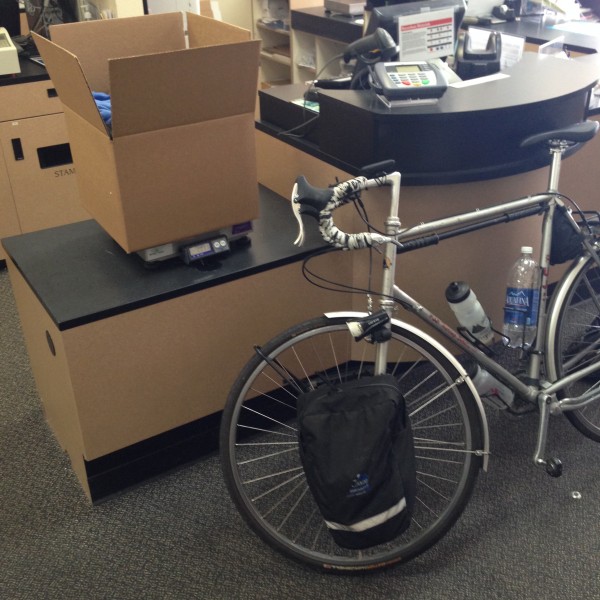 There was plenty of daylight left to walk around and look at the stores and shops in downtown Astoria, before going back to my hotel and enjoying the first bed in about a week! 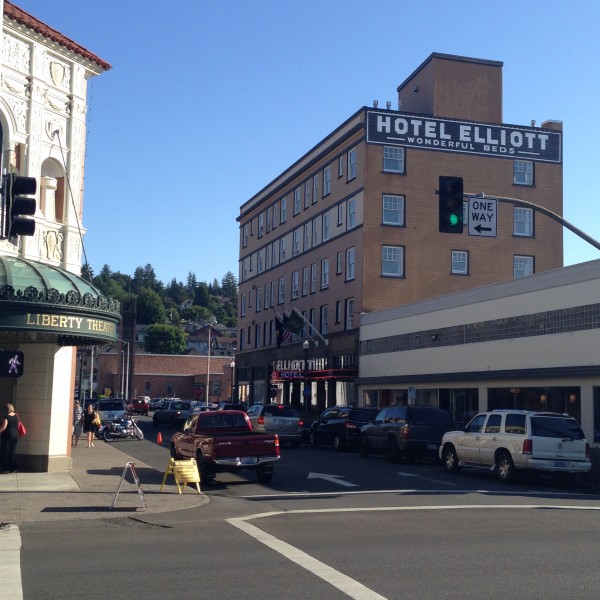