I’m really happy with my new 2018 Honda Odyssey EX, but one disappointment is that it didn’t come with the middle row power outlets which the higher models have. I was inspired by this post and decided to add some on my own.

The first part of the plan was to unbolt the center console. The idea wasn’t to remove it completely, but to be able to lift and/or otherwise maneuver it to get the wiring through. 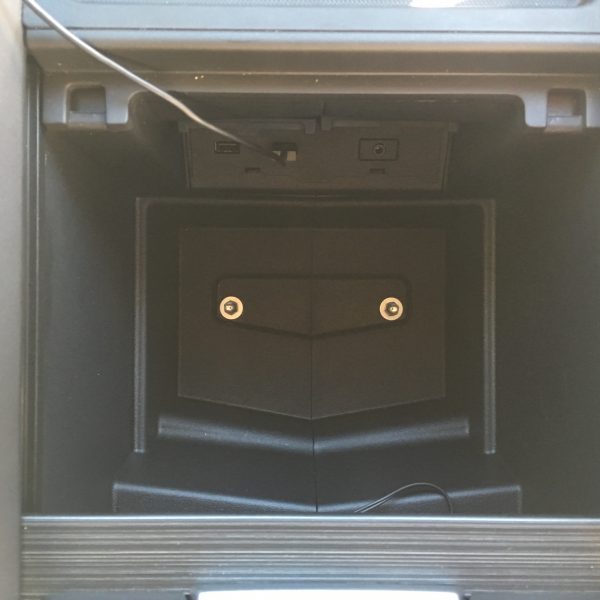 The other two screws are in the front of the center console, under the rubber mat. Note the pull tab on the driver’s side which makes removal of the rubber mat much easier. 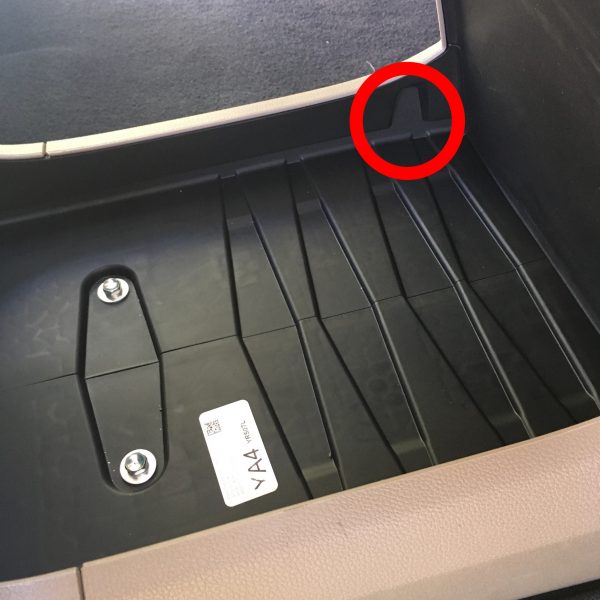 The next step was to pry off the panel on the rear of the center console. Oops, at the time I didn’t know it was screwed on from the inside of said center console. No worries, the replacement rear panel is part number 83430-THR-A01ZA which my local Honda dealer was able to order for less than $4 including tax. 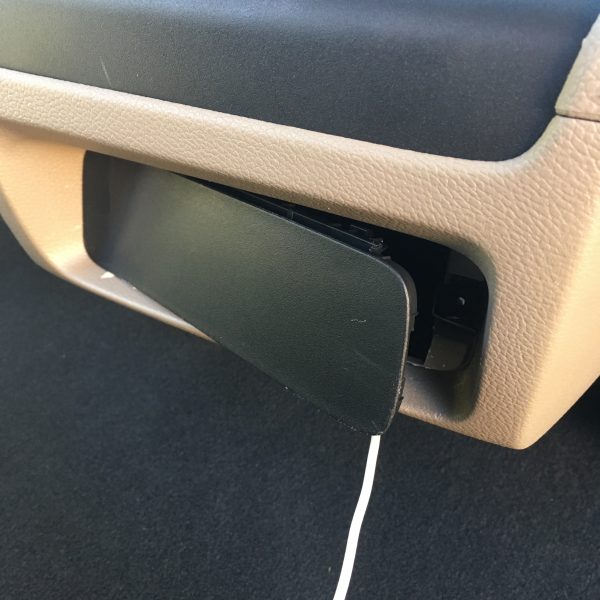 Here’s a closer view showing that it’s screwed on from the inside. 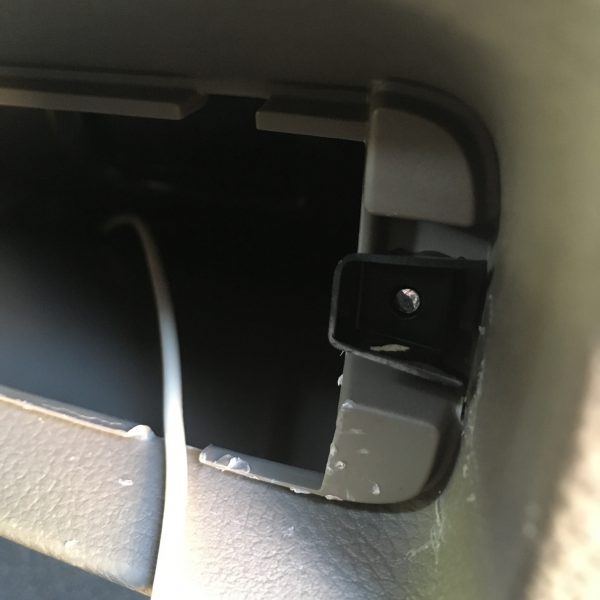 Next time I’ll take photos in sequence, I haven’t told you yet about the red and black wire I ran. 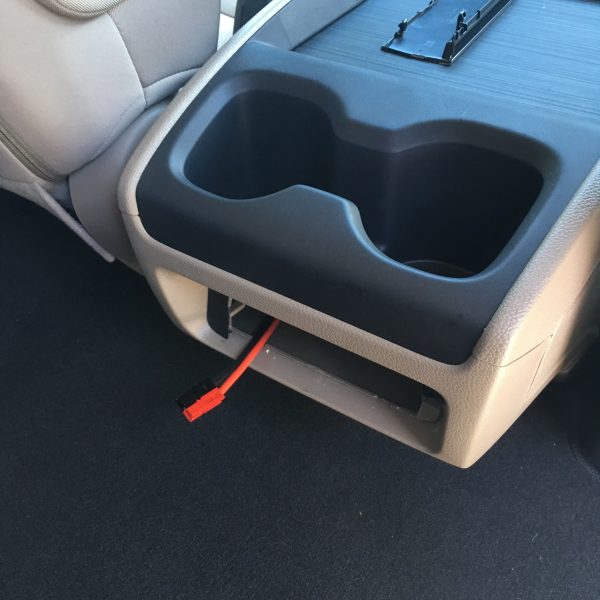 Another close up of the broken panel. 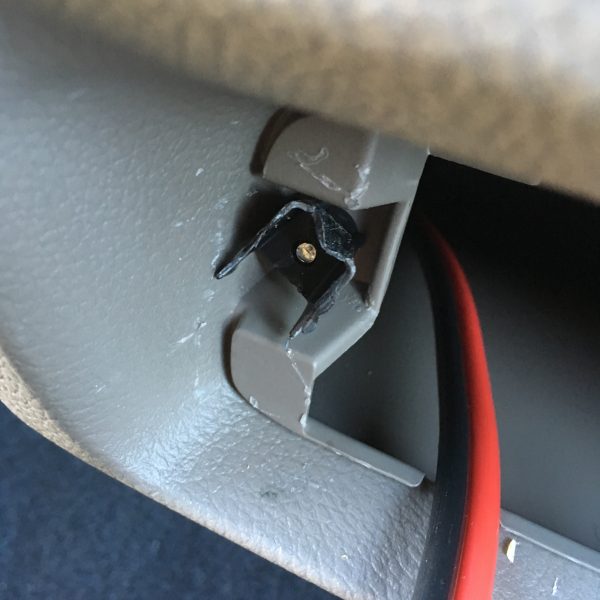 I was able to remove the screws and remaining plastic pieces. 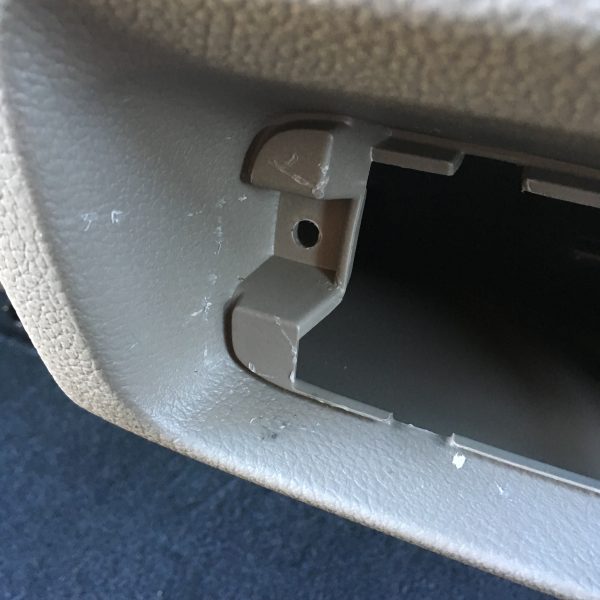 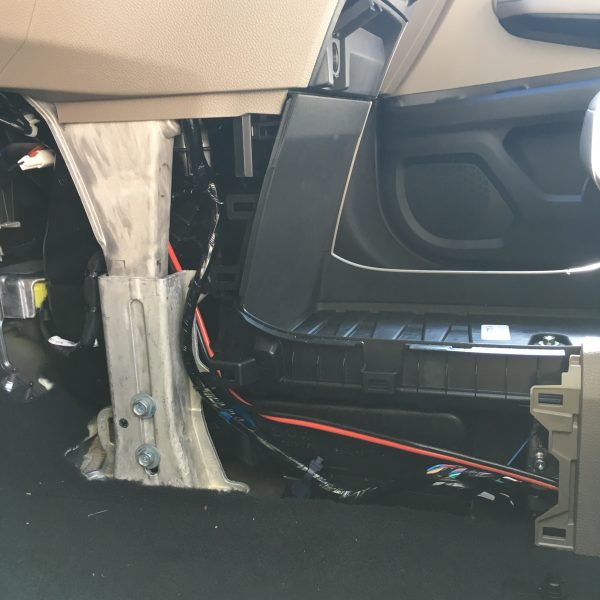 I had originally planned to splice into the power adapter in the front seat. But since the interior fuse box was easily accessible, I went there instead. Using a fuse tap, I tapped into internal fuse box “B”, location 21, rear accessory power, which was empty. If you tap into a socket which is being used, do your homework on which way to orient the fuse tap. In this case, since I’m tapping into an empty socket, the fuse tap only works in one direction. 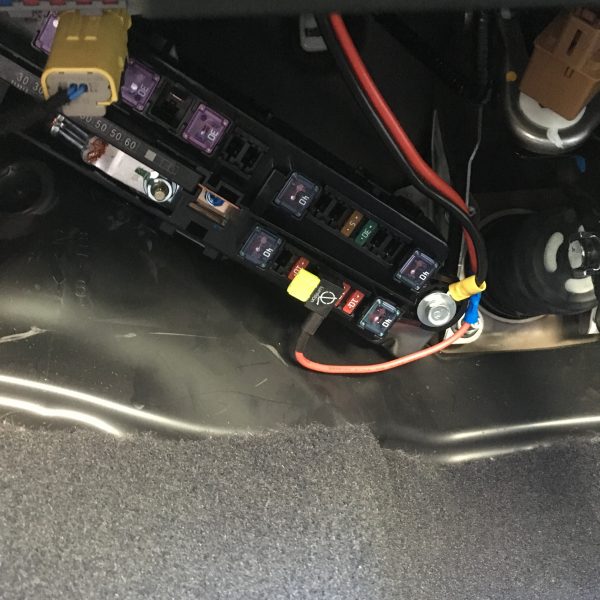 Here’s the wiring leads out of the back of the center console. 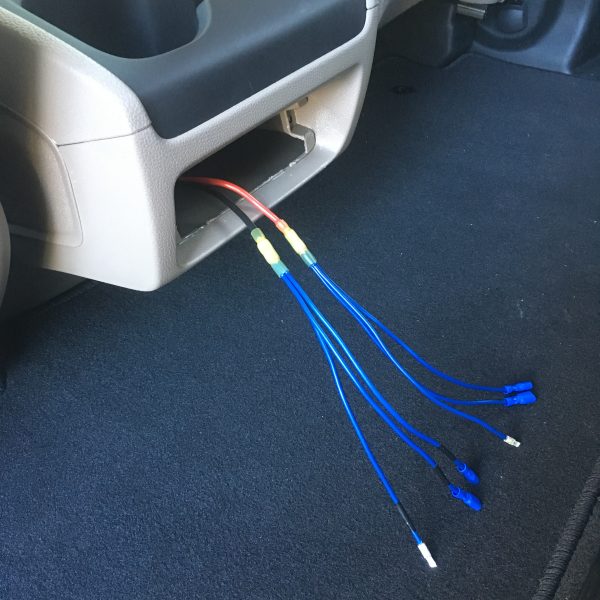 I decided to order three outlets from Powerwerx. They fit in 1-1/8″ holes, which is the perfect size for this kind of mounting. The three outlets I ordered are as follows:

Here they are on the back side of the panel, there’s just enough room to clear the tabs on the bracket. 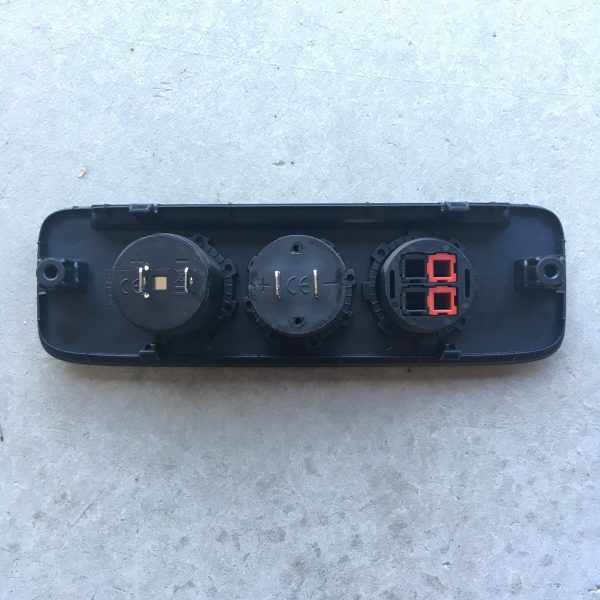 Fully assembled, just before I snapped it in. 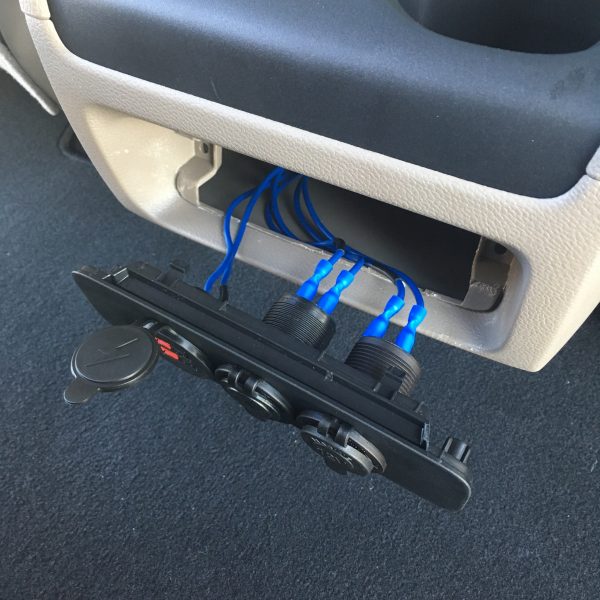 Completed installation, with the outlet covers closed. It stays in quite well, even though I didn’t take apart the center console to screw the panel in from the back. 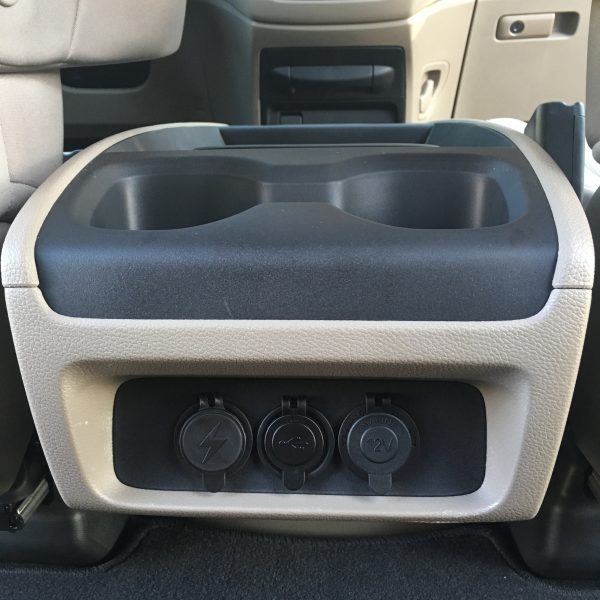 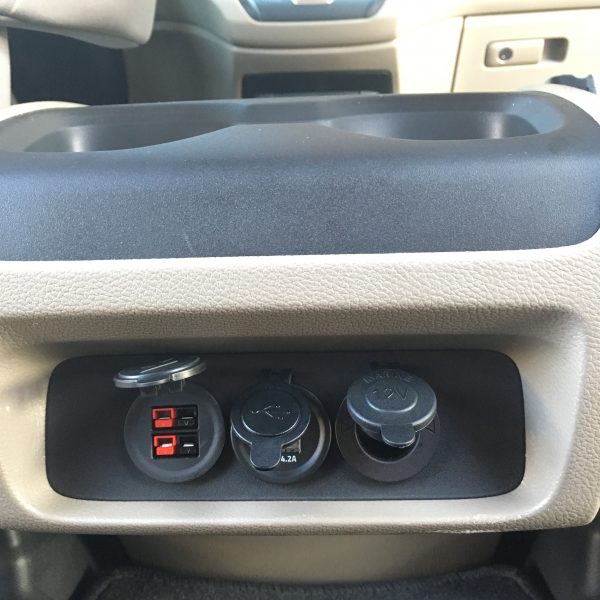 In use for USB charging. 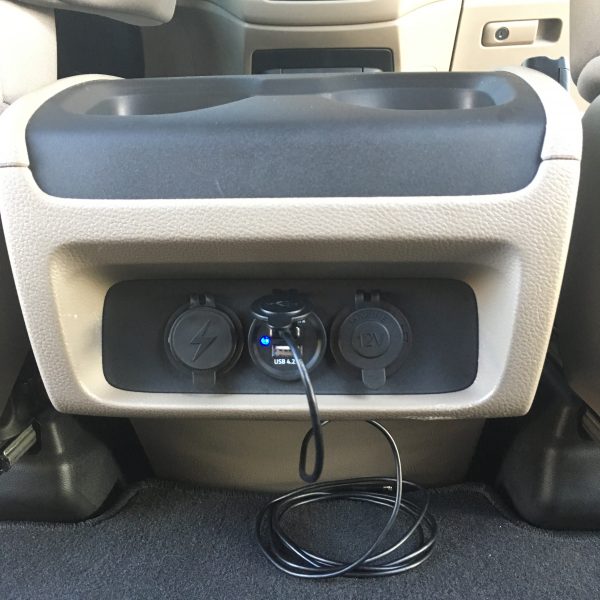 I must have done something right, because my son said it looked cool and that it looked like the car came that way. 🙂