This is a placeholder for some photos as I take apart the center console to investigate the possibility of adding wireless charging to my 2018 Honda Odyssey EX. I will update with the actual details when I’m done!

Here’s my other post about adding middle row USB ports to my EX. 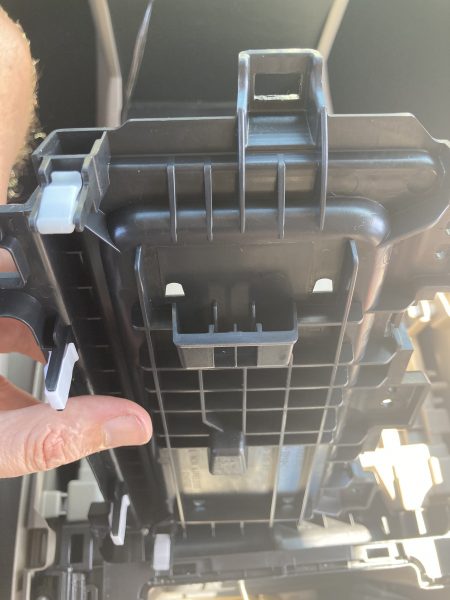 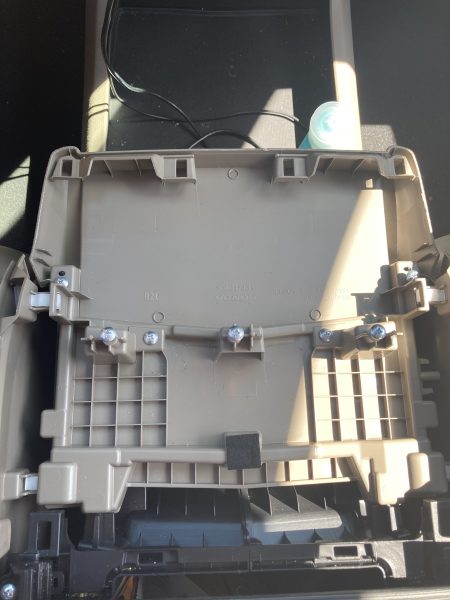 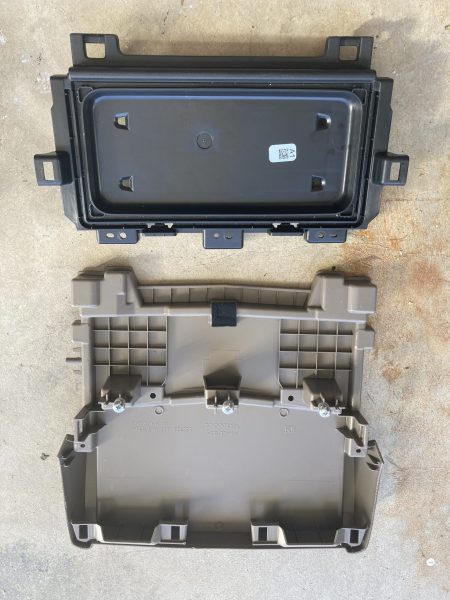 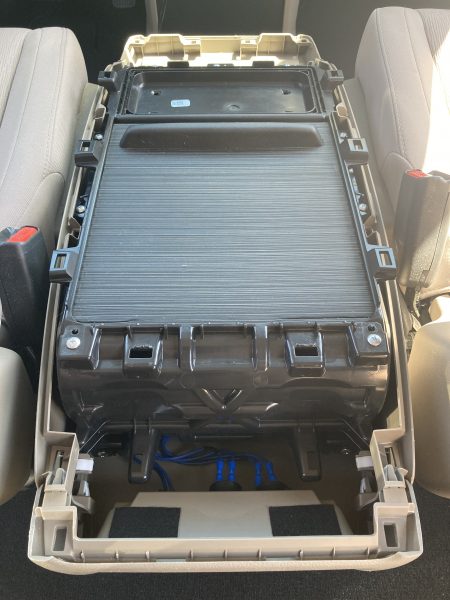 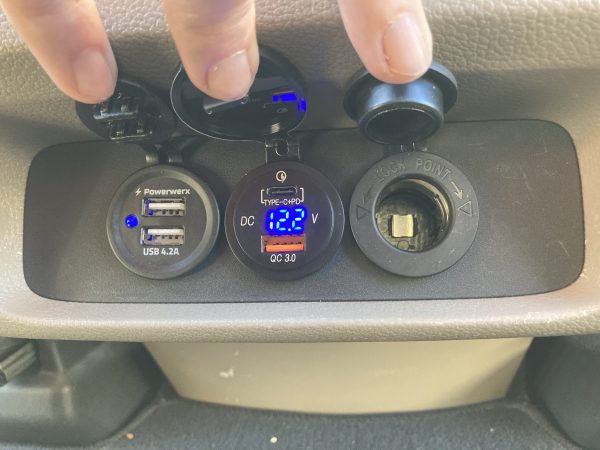 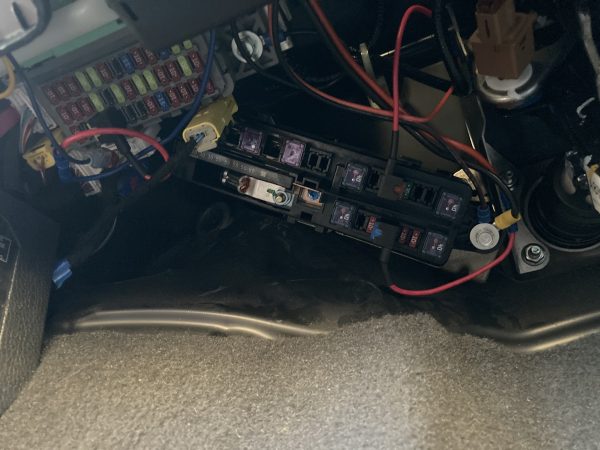 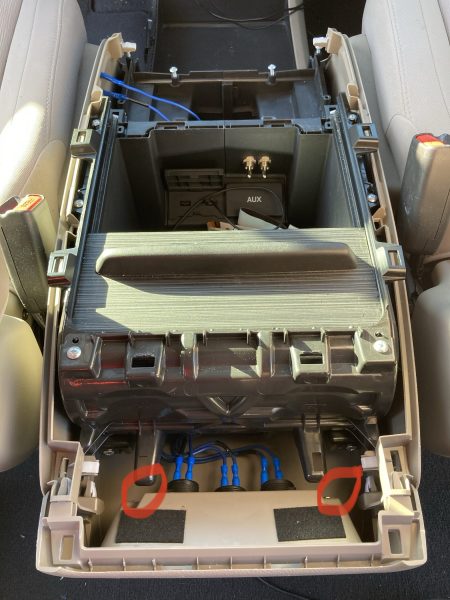 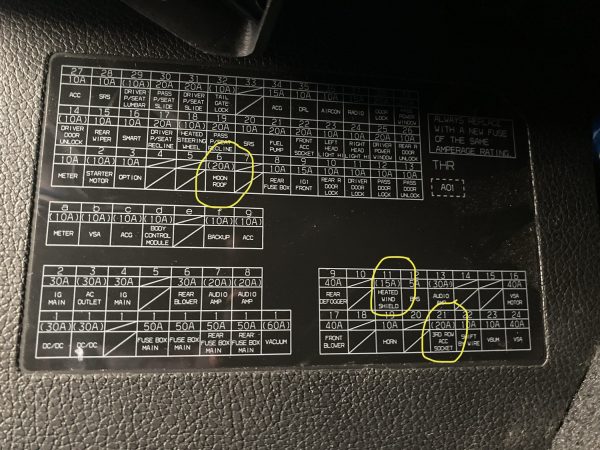 At run club a little over a week ago, I rolled my left ankle on a really steep concrete to pavement transition. It hurt, but I was able to walk the remaining 50 yards back to the start. But then later that night it swelled up and it hurt to put any weight on it.

END_OF_DOCUMENT_TOKEN_TO_BE_REPLACED

Short answer: pretty much, but I’ll still keep it around for the archived material, such as my bicycle trip across the USA, and my Kenmore dryer mounting hardware post which seems to be of use to many. Also a couple of posts on using Open Street Maps and using my Garmin for on-bike navigation seem to be of interest to more than me!

I’d say that I don’t have the time to post, but that’s not entirely true. It’s just that, in general, I’d rather not spend the time writing about doing something, when I could be spending more time doing it!

One other update from mid-2019: I disabled all commenting on this site. The spammers are getting more creative, and since I rarely post, the spam battle is not worth fighting.

For the first time in a while, I decided to clean house and sell a bunch of things on Ebay. A couple of issues came up: (1) UPS Shipping, and (2) Shipping to Puerto Rico. Almost enough to make me forget about Ebay in the future. END_OF_DOCUMENT_TOKEN_TO_BE_REPLACED

Today marks the two year anniversary of working from home for a small consulting firm, after leaving the Fortune 500 where I started after college and stayed 20+ years.

Of course, I can’t delve too much into specifics here, but it was a good move (for me) that’s worked out. Though to grossly oversimplify, I can say that the big firm tended to chase the big projects which are increasingly being executed overseas, while the little firm is able to get little projects based in the US that are too little to farm out. END_OF_DOCUMENT_TOKEN_TO_BE_REPLACED

Tachycardia is a generic term for a rapid heartbeat. Here’s my story of dealing with it over the past ten years or so. Since I am not a doctor, my apologies in advance for any layman explanations which may not be 100% correct physiologically.

I’ve had occasional bursts of tachycardia starting with childhood. Initially they were minor annoyances happening about once a year. Eventually they became more frequent and sustained enough to seek a cardiologist. (Though fortunately for me, the duration of my episodes could be measured in minutes and not hours.) He wired me up, put me on a treadmill until he saw the symptoms, then prescribed me Atenolol (a beta blocker medication, typically prescribed for high blood pressure) and sent me on my way. END_OF_DOCUMENT_TOKEN_TO_BE_REPLACED

We just recently lost an old hometown friend, TC Cheever, to pancreatic cancer. He was 43.

We last saw each other in person in 1986, and admittedly, we did not stay in touch after that. After college, I moved out west, and it was a time in my life where I wanted to leave that one horse town behind and never look back. Then you realize time flies and wish you did a better job of staying in touch and catching up. END_OF_DOCUMENT_TOKEN_TO_BE_REPLACED

Yesterday (Friday) I was expecting a package via USPS registered mail, but I was out for lunch when it came for delivery. Normally they leave a slip which says they will try to deliver again the next day, giving me the option to sign the slip so they can leave the package if I’m not home. But this time the slip only said that I could pick it up at the post office any time after 9AM the next day (when the post office opens on Saturday). END_OF_DOCUMENT_TOKEN_TO_BE_REPLACED

I’ve been doing a bunch of “spring” cleaning in the home office, and I’ve unearthed a bunch of electronics stuff which I don’t need. I don’t want to bother with listing on Ebay or Craiglist, so if any local friends would like anything let me know. (No, I don’t want to ship.) Only charge is a coffee, beer, or lunch – depending on the value of the item. END_OF_DOCUMENT_TOKEN_TO_BE_REPLACED

Yesterday afternoon, I was at my desk working away, and then I observed a strange sensation I had never experienced before. A big bright spot appeared in front of my eyes, making it impossible for me to read my paperwork or see my computer screen. Then about a half hour later, the big bright spot disappeared, and a headache in the front of my forehead came on. END_OF_DOCUMENT_TOKEN_TO_BE_REPLACED